The American writer John Wray drove a taxi in Alaska, steered a raft across the Mississippi and participated in the traditional reading competition at Lake Wörthersee. And now he has written a whole book in German. 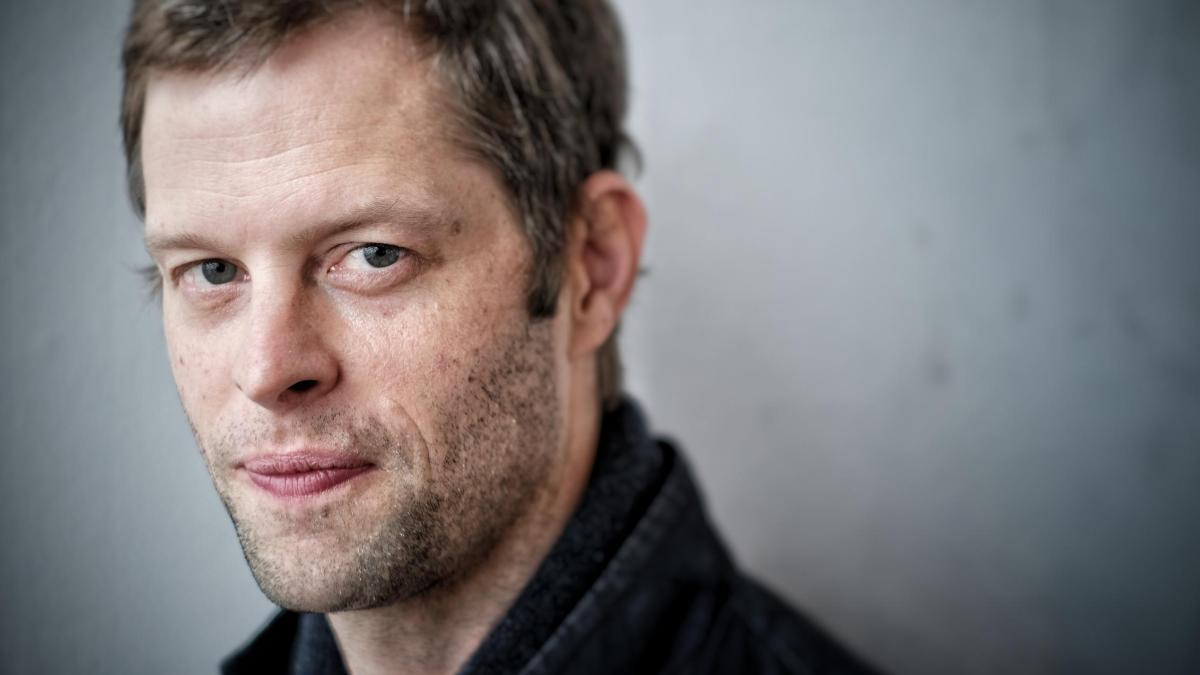 It was on a beautiful summer day in early July 2017 when a man was driving a combine through an allotment garden in Klagenfurt.

That was a metaphor now.

By the allotment garden, on the other hand, the juror meant the reading competition from the Wörthersee, which in itself would not have been a nice move if she had not been absolutely right with her comparison, especially in that year.

Presumably Wray would have - to stick to the metaphor - leveled most of the yellow story plots that had otherwise been read in that "competition" with a medium-sized ride-on mower.

But “Madrigal”, the juror was right in that too, was in fact a literary machine the size of a superior Bachmann Prize.

Before we measure their size, let's briefly explain how an American writer came to these Klagenfurt "Days of German-Language Literature": By writing in German.

John Wray, whose real name is John Henderson, was born in Washington, DC in 1971.

But because he is the son of an Austrian woman, German was spoken at home and he usually spends around two months of the year in the Carinthian town of Friesach, with its 5,000 souls, he has a wonderfully charming, American-Carinthian-tinged German perfectly.

Novels from the basement hole

Wray had put down massive novels after doing all sorts of things in relatively many parts of the world.

He was the only taxi driver on an island off Alaska to float down the Mississippi and acted as a kind of instrument manager for the band Sonic Youth in a New York basement hole.

Novels called “Savior of the World”, “The Right Hand of Sleep” and “The Secret of Lost Time”.

Novels in which the great writing procrastinator always made everything possible, paranoia and fantasies, time travel and wormholes, in which strange people strange things happened and you learned perhaps more precisely than anywhere else in literature what it feels like to be a schizophrenic, is a "lowboy".

Wray, who in these novels always built bridges over centuries and between the literary traditions with which he grew up, made it onto the Granta list of the most promising writers under 40.

“Madrigal”, the book, is a panorama of fears and miracles - and dangerous, endangered masculinity.

A book full of boxed dreams, which Wray likes to tell in arcs - so that they don't get completely out of hand - and braces them together in a remarkably subtle way by playing with motifs and metaphors.

People like to fail (“no story without failure”, it says in “Madrigal”) that we sit in our heads and shoulders.

We lie next to a hypersensitive farmer in the grass in the mountains when the "silver weather" comes over him and accompany him in the fight against the air, the weather and the nasty neighbors.

Listening to the voice in the brain of a budding gunman who cheers him on like a rhythmically gifted motivational speaker to look into the light, to remember his terrible father and to take the humiliations at school and then take the gun.

Almost everyone in Madrigal, to quote Wray's fellow writer Callan Wink, has an asshole father.

Everyone sits in the prison of his desires, his madness, is about to break out, Wray goes along the way - in the last duel on the bridge in the mountains, with the child for abuse in the forest, in the darkness.

It is not uncommon for writers to be those who - because they are failing, fearful ones - sometimes hire themselves out as debt collectors, get stuck, get tangled up in their own narrative levels.

The toolbox for ingenious stories

One, for example, is sitting at the story of a cream-colored, lisping elephant in the jungle without knowing why he is actually doing it in his laundry room, which his little daughter calls a failure.

He feels doomed to write.

Until the story of the elephant and the big game hunter becomes independent.

And set him free.

Which brings us to “Madrigal”.

Wray then - he may not have known that himself in the allotment gardens on Lake Wörthersee - unpacked his story toolbox.

Starts as a sibling phone call, between two who write.

She has stopped her medication - she is undergoing psychiatric treatment - and is threatened by her unused typewriter.

She thinks that she would write of a universe that is like ours, only more ideal, purer and yet endangered.

As soon as the story is thought, Maddy is swallowed up by that universe and then spat out again.

In front of the typewriter.

Now you could unpack the metafictional Calvino club and a few others.

In any case, the world of literature has never seen a fancier combine harvester.