The Israeli army on Saturday bombarded the building housing the premises of the Qatari Al-Jazeera television station and the American news agency Associated Press (AP) in the Gaza Strip, said… 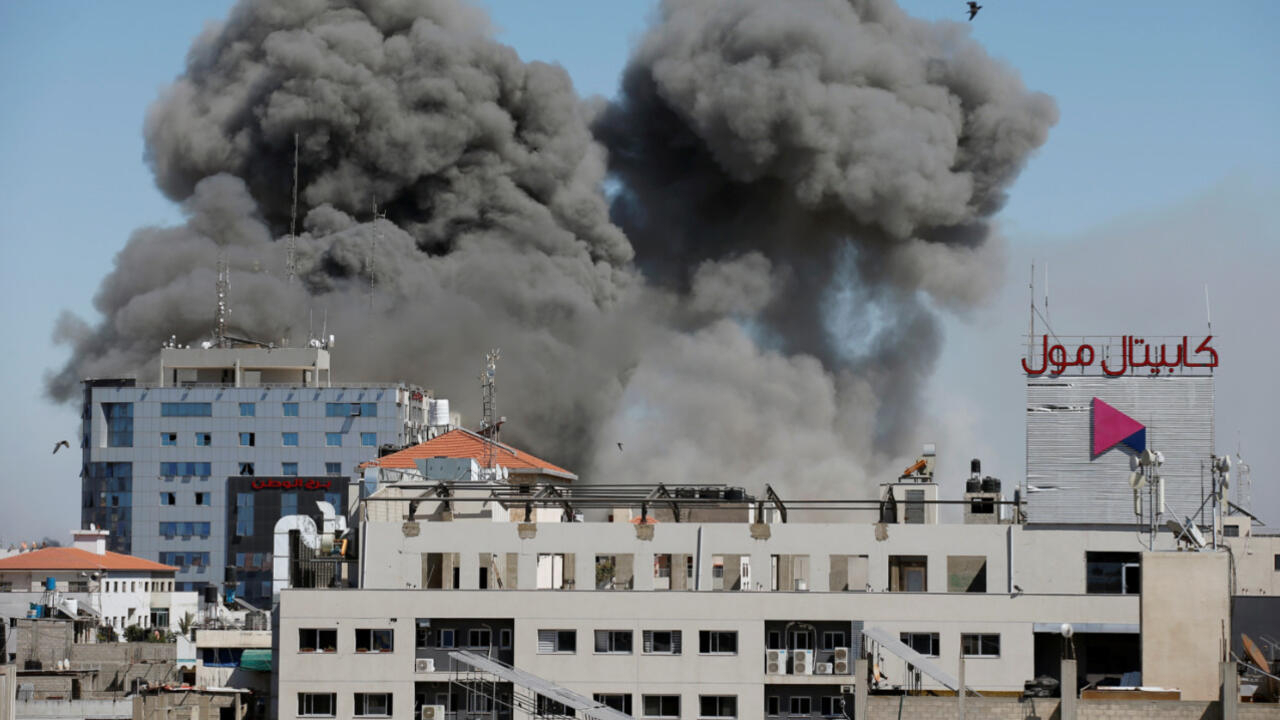 The Israeli army carried out a strike on Saturday, May 15, on the ten-story building housing the premises of the Qatari television station Al-Jazeera and the American news agency Associated Press (AP) in the Gaza Strip, AFP journalists noted.

The building, which also housed apartments and other business premises, collapsed after the strike.

"The army warned the owner of the tower in which AP has its premises that it would be targeted" by a strike, a journalist from the AP agency wrote on Twitter shortly before.

Israel began bombing Gaza on May 10, in response to rocket fire at Jerusalem by the Islamist party of Hamas and other Palestinian armed groups in the enclave.

A 50-year-old Israeli was killed at noon on Saturday afternoon in Ramat Gan, a suburb of Tel Aviv, after rocket fire from the Gaza Strip, according to Israeli rescue services and police.

"Assessment after the explosion of a rocket in Ramat Gan: one dead," said on Twitter Micky Rosenfeld, spokesman for the Israeli police.

The Israeli rescue services said in a statement that the man, found "seriously injured", could not be resuscitated.

Located 70 km north of Gaza, the metropolis of Tel Aviv had already been targeted Thursday by Palestinian militants firing rockets from the Gaza Strip.

The Islamist movement Hamas said it fired a rocket salute in retaliation for an Israeli strike "against women and children" in Gaza.

Ten members of a Palestinian family including eight children and two women were killed Saturday morning in the strike, according to Palestinian relief.

The latest Palestinian authorities' toll shows 139 dead, including 39 children and 1,000 injured in Israeli bombardments on the Gaza Strip since Monday.

While in Israel, more than 2,300 rockets were launched into Israeli territory, killing 10 people, including a child and a soldier, and injuring more than 560, according to the emergency services.

The army says the "Iron Dome" missile shield intercepted more than half of these missiles.

On Saturday, Egypt opened its land border with Gaza and sent ten ambulances to the Palestinian enclave to evacuate and treat Palestinians injured in Israeli shelling in its hospitals, an Egyptian medical source told AFP.

Cairo "exceptionally opened the passage (from Rafah, editor's note) to (allow) the entry of ten Egyptian ambulances into the Gaza Strip in order to transport the wounded Palestinians (in order) to treat them in Egypt", specified this source on condition of anonymity.

The Rafah crossing is the only opening in the Gaza Strip to the world that is not controlled by Israel.

The Jewish state has imposed a blockade on the Palestinian enclave for more than a decade.

A security official at the border said the decision was "exceptional" because the crossing usually remains closed on public holidays, including the Muslim holiday of Eid al-Fitr, which began on Wednesday.

The state health care authority announced on Friday that three health facilities had "started to prepare" to receive wounded from Gaza.