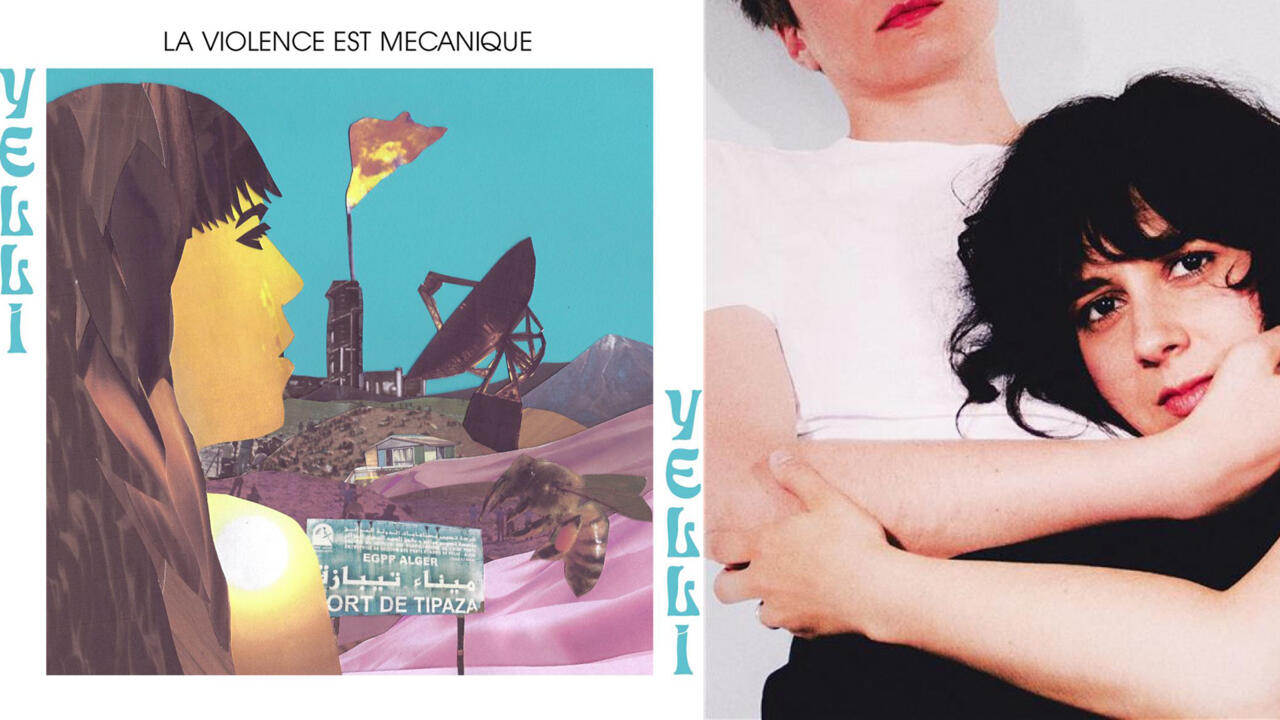 Half Kabyle, half Czech, born in the Parisian suburbs, 100% Maisons-Alfort, 200% queer,

tells her story as a woman, a plural identity and her in-between. She is France and Algeria and neither one nor the other too. Yelli Yelli is in between where the orphan voices of memory machines are born. Yelli Yelli uprooted, hybrid and moving, sings the great story urgently to resow it.

, she seeks the dream material of the Kabylia of her ancestors to return to the colonial past of France, its bitter sweet land today.

Overflowing with words and stories, Yelli Yelli renews the creative collaboration of her 1st album with

Retired in his studio in the Cévennes, the multi-instrumentalist songwriter offers the musical envelope to the word Yelli Yelli.

This is how songs are born.

But fuel remains to be found, a rhythmic engine, a pulsation of machines for the backbone of the disc.

and the conversation unfolds in a triptych, the acoustic heart remains, but the strings are covered with tender machines, electronic oscillating antennas.

The imagined tradition becomes lunar and the grandmother Kabyle dances in the sound space in cosmonaut outfit.

Yelli Yelli's word-sowing blooms in futuristic song, the soundtrack of a dystopian world in search of hope.

From the banal visible to the fantastic invisible, Yelli Yelli is a machine that roams space and time.

She walks, she protests, she calls out, she cries out for yesterday and today, for her dead and her living.

presents her new and 2nd album

With her new album, Laura Cahen signs more than a second album, it's a manifesto.

For this second record, Laura has chosen to work with emeritus producer

The two of them shaped the songs for the album during confinement, locked together in a water tower in Normandy.

at the same time.

but also imagines the story of her fellow human beings.

On stage, she chooses to surround herself only with women, and the four clips accompanying the album each feature an artist.

“I was looking for a new way to envision my voice, to get to the point, to drop the artifices, remove the masks .

Titles by Laura Cahen, performed in the #SessionLive