China manages to pose a small robot on Mars

China managed to successfully pose, this Saturday, on the surface of Mars its small remote-guided robot &amp; quot; Zhurong &amp; quot;, which constitutes an unprecedented fact for the country ... 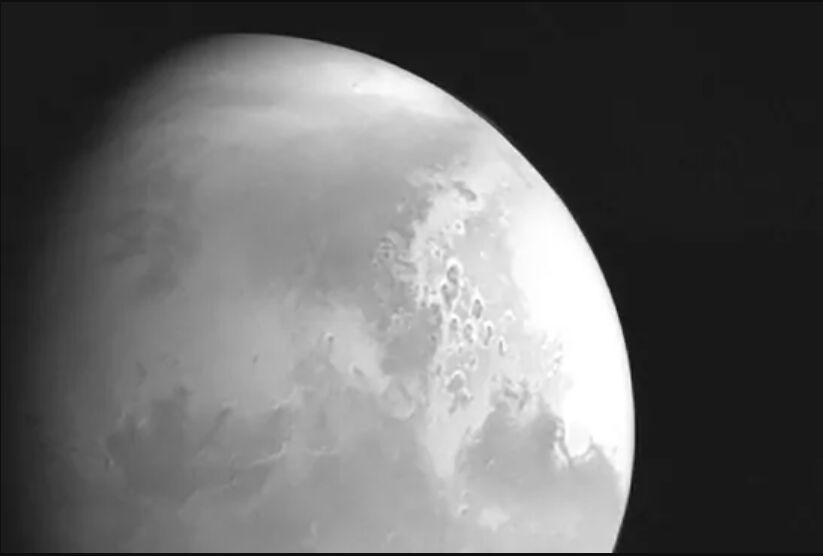 on the surface of Mars this Saturday,

which is an unprecedented event for the Asian country, public television CCTV reported.

Landing on the red planet is

and many European, Soviet and American missions have failed in the past.

China, which has a robust robotic space program on the Moon that last December managed to bring 1.7 kilograms of samples to Earth, thus achieves its first success on Mars. Its first attempt, carried out in 2011 jointly with Russia, failed minutes after takeoff. The

was going to descend to the surface of the Martian moon Phobos to take 200 grams of samples from its soil and bring them to Earth, but the spacecraft failed to get into the proper orbit.

Nine years later, China has taken up its solo program on Mars. What are you going to do there? As far as scientific objectives are concerned, it will study the characteristics of the soil and ice, as well as its climate, and will look for groundwater and signs of past life on the planet. And of course, with this mission, China

and that, both economically and technologically, it is ready to face what will be the great objective of human exploration in the coming years. However, the US remains the only country that has sent astronauts to another world. China plans to send taikonauts to the moon although it has not yet specified when.

Meanwhile, their robots are leading the way. The first Martian photo signed by the Asian giant was received last Friday.

), took it during its approach to Mars, when it was 2.2 million kilometers from its target, as specified by the CNSA.

Since taking off from China on July 23, Tianwen-1 has traveled some 465 million kilometers.

The spacecraft made the first orbit correction on August 2, the second on September 20, and the third on October 28.

Currently, it is located at a distance of about 185 million kilometers from Earth.

According to the CNSA, the ship has passed the trip and all the systems are in good working order.

Courts The murderer of the minor from Vilanova is justified: "I was defending myself from someone who was in my house"