The Sharjah Charitable Society has allocated 600 thousand dirhams to support the projects of the television program “The Sending Wind” from the proceeds of the service of the Dirham of Al-Hamad, at 25 thousand dirhams for each project presented during the episode. The Executive Director of the Society, Abdullah Sultan bin Khadim, told «Emirates Today» that the projects that called 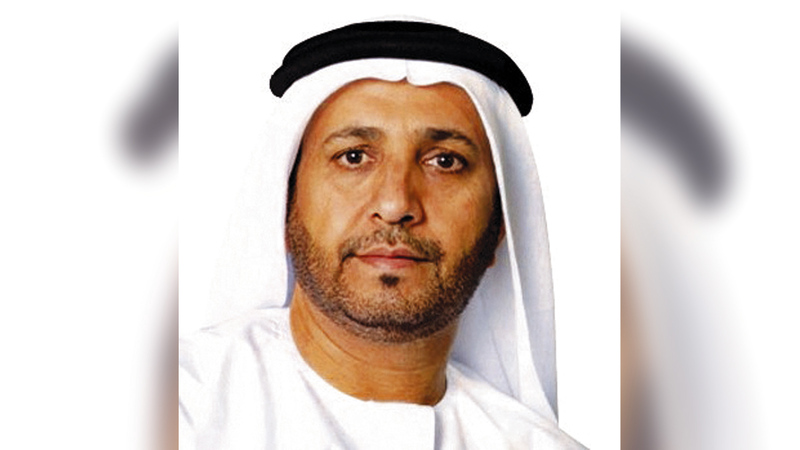 It allocated 25 thousand dirhams for each project

Abdullah Sultan bin Khadim: “(Dirhams of Praise) is one of the most successful charitable channels.”

Sharjah Charitable Society has allocated 600 thousand dirhams to support the projects of the television program "The Wind Sent" from the proceeds of the service of the Dirhams of Praise, at the rate of 25 thousand dirhams for each project shown during the episode.

The Society’s Executive Director, Abdullah Sultan bin Khadim, told “Emirates Today” that the projects supported by the service, which were dealt with by the “Sent Wind” program, included relieving the distress of difficult cases, for which court rulings were issued, support for education projects, and a number of productive projects. Providing treatment for patients, building mosques within the country, in addition to supporting the dialysis project, digging wells, and installing desalination plants in order to provide clean and potable water, passing through the Small Hearts Operations project, building health clinics, and supporting fishing project owners in poor countries with fishing boats. And maintenance of the homes of needy families who are residents of the Emirate of Sharjah, in addition to the fasting breakfast project, anti-blindness campaigns, and group weddings outside the country.

He explained that the Dirham of Praise service provided by the association through the two telecommunications companies is considered one of the most successful channels of community participation, as it achieved its objectives thanks to the interaction of its subscribers in the service that does not automatically deduct only one dirham per day from the balance of the calls account, and those amounts are fully transferred to the association that distributes them On the projects to be implemented inside and outside the country, which confirms that the dirham set by the donor served more than one charity project at the same time.

He explained that the association launched the service to be deducted in the amount of one dirham per day at the state level, followed by quite a few charitable institutions operating in the country, which reflects the feasibility of the idea that allows for effective charitable participation and support for those who deserve, as the association receives deductions. The benefactors of the dirhams are collected daily, and they are collected, and a plan is made to distribute them among the association's projects in a thoughtful manner, which guarantees the participation of the donor of one dirham in all the association's projects and various campaigns.

Bin Khadim called on the people of goodness, their families and their children to participate in the service, explaining that this service is one of the simplest forms of contribution that a person wishing to contribute can make. Sharjah.

• The donor dirham serves more than one charitable project at the same time.