Itsaso Arana, the woman in the García-De la Morena war: "I spent a year watching Punto Pelota to understand this male gender"

The war between José María García and José Ramón de la Morena was a battle of voices and mostly male audiences where the feminine had not yet penetrated the ... 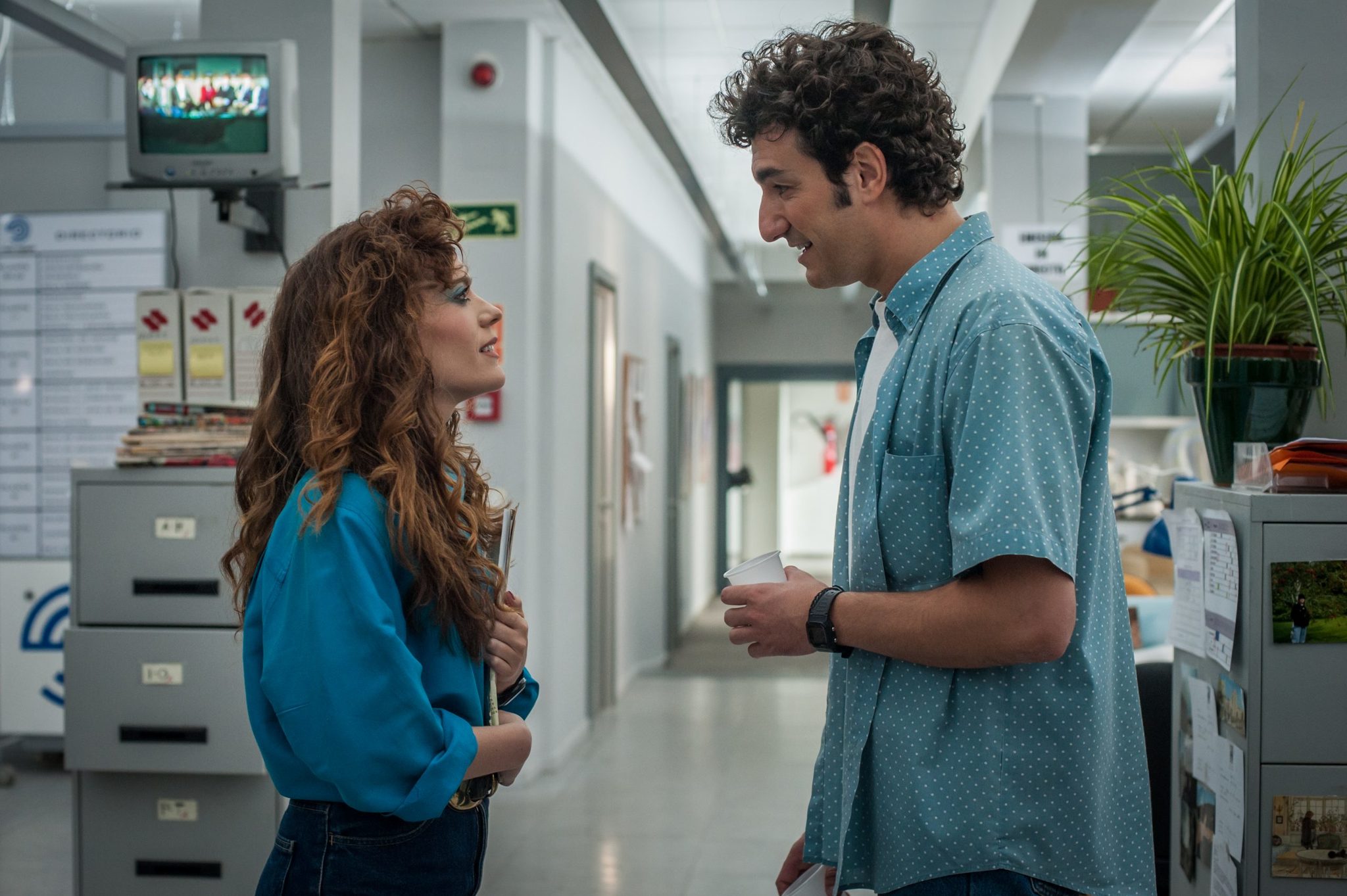 The war between José María García and José Ramón de la Morena was a battle of voices and mostly male audiences where the feminine had not yet penetrated the sport [and still continues].

That female part, in

, which Movistar + premieres this Friday, is

who has abandoned the naivety of her August virgin to give her voice at dawn.

de dawn. "She gave me many clues about when she put her head into the radio, a man's world and had a lot to do with my character because it seemed to her that I was doing a minor program. She wanted to be a news reporter,

it made no sense to be Elena Francis of the 90s

and he complained a lot, "says Arana.

Such is the parallel that Marga could well be called Nierga and Itsaso's voice in her fictional speeches does not differ much from the Catalan female voice over.

, who consider them a fauna in itself and some thugs while the rest champion a higher journalism."

And it doesn't seem like the side-to-side insults did much to break the stereotype.

Miki Esparbé and Itsaso Arana, in 'Kings of the night'

In the middle of that war, at least in fiction, Marga is found, "the chocho" with ambition that the management does not even consider promoting to the nighttime star schedule. "I jumped in the chair when I read the expression at the beginning, but I do not think it is exaggerated because surely now I still use more intimate conversations," details Itsaso Arana who delves into that both in that time and in the present "it seems that only we could talk to women and men can talk to all of us. "

That same stigma is what the Navarrese has also suffered in her professional life as a theater director and actor. "

. I remember that the first days the theater technicians when they saw me arrive they asked who the director was. I am 1.60 and I am 25 years old, but I was the director", Arana recalls with the usual naivety that permeates all of his characters.

"I always play very naive and very good characters, but with Marga I have connected with my strength, I like my bad host against the world that does not quite understand her. It seems that in this world it would be more serious for an aunt to betray or do things bad than an uncle.

We also have the right to do things wrong and to be bastards and make mistakes,

"argues the actress, who shares with one of the directors of the series, Carlos Therón, her lack of sportsmanship and her ignorance of the war García-De la Morena radio station.

Itsaso Arana, as Marga, in the series Movistar

"At home I remember my mother listening to the radio in the morning with the news, but I have had to inform myself because I have lived totally oblivious to the world of sport," acknowledges Arana, who, at this point, stops and pulls from memory : "I had a few years where I wanted to understand certain friends and a certain male gender and

for a year to understand sociologically and anthropologically

this thing of talking about nothing with speculation."

A sociological study that has now invested in

to understand the environment in which Marga should fit.

"It seemed very interesting to me that there were five guys every night talking about nothing and how that could serve to explain the human dramas that were behind each journalist because you saw him get angry at assumptions and that amazed me."

A good summary of what that battle would be like if you add a dose of power and ambition.

Series 'Men in kilts', the podcast that ended up being a trip through Scotland in kilts and drinking whiskey