“What a magical moment”: EU Commission President Ursula von der Leyen shared a photo of her granddaughter on Instagram. She described the first encounter with her first grandson as one of those moments that opened her eyes. 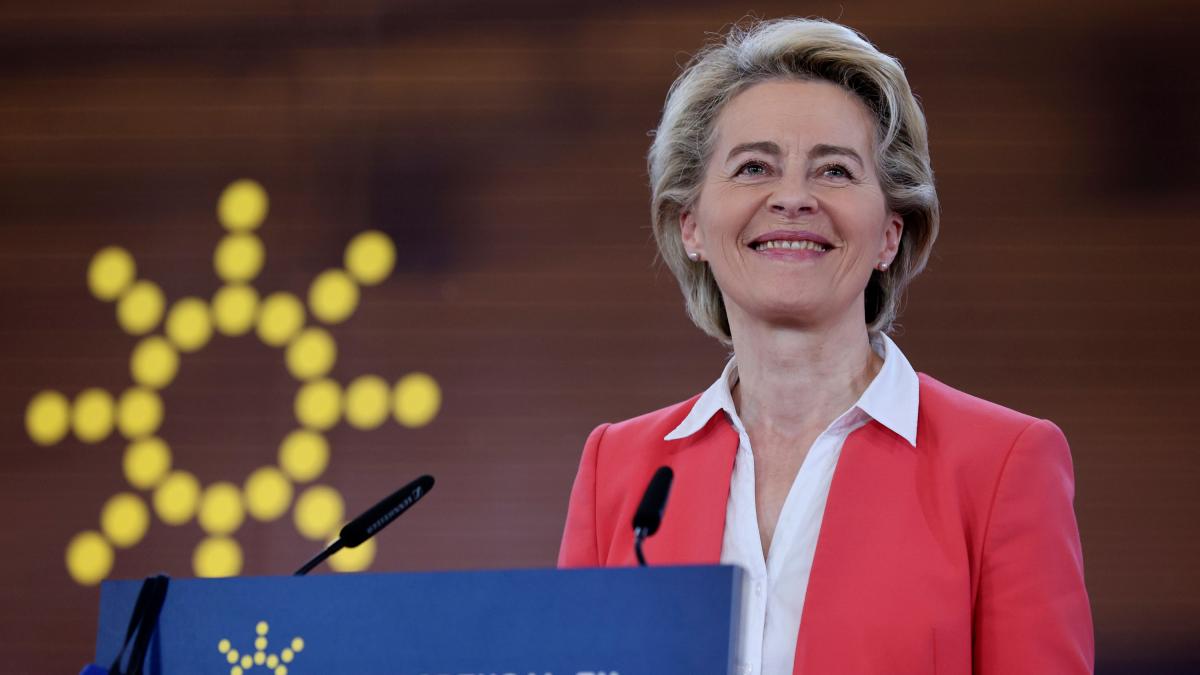 EU Commission President Ursula von der Leyen has become a grandmother and has now published a photo of herself and her granddaughter on the Internet.

“What a magical moment - my first grandchild,” wrote the 62-year-old about the picture she shows with the baby in her arms.

The mother of seven adult children added the hashtag “ProudGrandma” (Proud Grandmother) as a keyword.

Von der Leyen had already said on Sunday afternoon at the opening ceremony for the one-year conference on the future of Europe that she became a grandmother around a month ago.

The first cuddling with her granddaughter was one of those moments that opened her eyes and reminded her of what really counts in life, she said.

The “moment of affection and intimacy” made it clear to her that one should never forget that one is still young enough to believe in the world and still strong enough to make a difference.

“That is what connects the generations with one another,” said von der Leyen.

The CDU politician did not reveal which of her seven children the granddaughter came from in the message published on Instagram.

There was also no information about the name or place of birth.

Von der Leyen is the daughter of the former Prime Minister of Lower Saxony, Ernst Albrecht.