A great honor for Olaf Scholz: Because he didn't pull a face at the SPD party conference despite the most silly jokes, he will compete with Michael “Bully” Herbig in the second season of “LOL - Last One Laughing”. 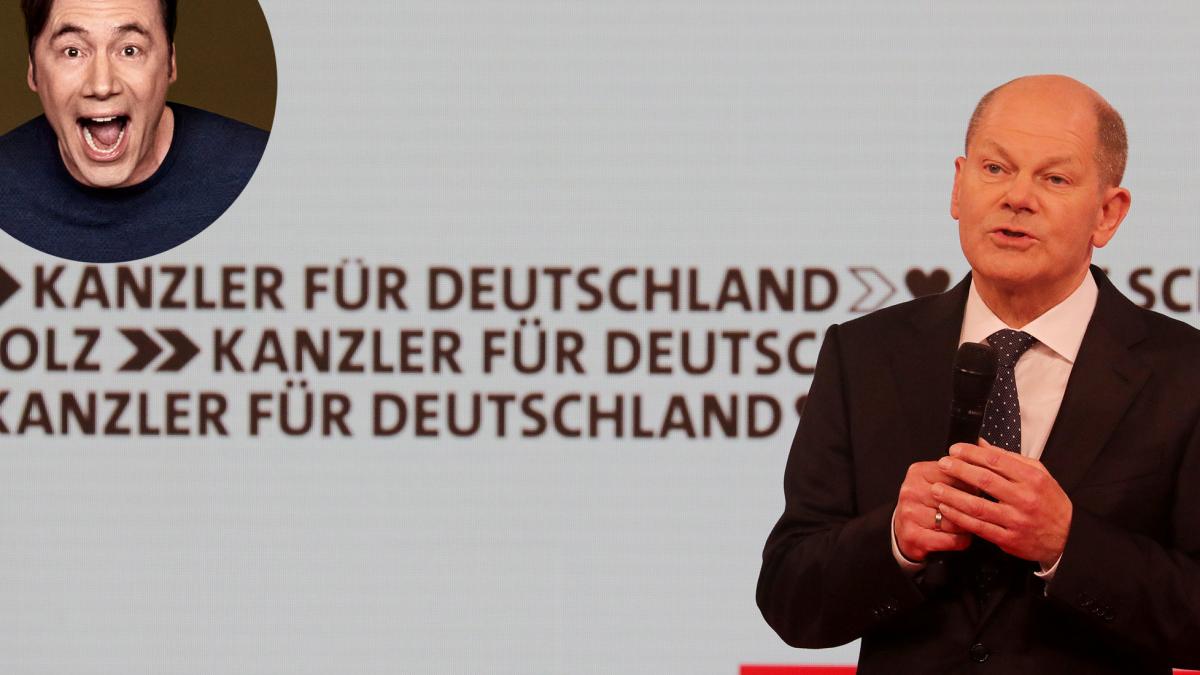 Long faces at Bastian Pastewka, Kurt Krömer and Anke Engelke: In the second season of the successful Amazon series “LOL - Last One Laughing”, the comedians have to deal with a more or less unbeatable opponent.

Because for the show, in which the participants locked in a room are not allowed to laugh for a period of six hours, those responsible for the streaming service Prime Video have committed none other than Olaf Scholz.

The trigger for the decision was Scholz's now legendary appearance at the digital party congress of the SPD.

Despite insane thigh knocks and incredibly silly gags, the part-time Federal Minister of Finance did not move a mile.

In his stand-up program he kept talking about what he would do when he was soon Chancellor.

No grin, no snort, no giggle.

"Anyone else would have collapsed at the idea that the SPD would provide the next head of government in Germany and would have had to be immediately transported to the hospital because of the laughing fit," says Amazon with full respect for this achievement, "but that devil Scholz did not flinch once with the corner of the mouth.

What a superhuman self-control! "

Especially since the Hamburg veteran chased out one klopper after the other and, among other things, told about what he would do together with US President Joe Biden and that the SPD would take care of digitization in the Chancellery.

"That's just too blatant, with such slogans you have to pee your pants with laughter," says "LOL" director Michael "Bully" Herbig, who changed diapers seven times during the Scholz show - seven times more than on the first season of "Last One Laughing".

Meanwhile, there is strong protest among the comedians booked for the second season (including Klaas Heufer-Umlauf, Annette Frier, Martina Hill and Max Giermann).

Scholz's commitment borders on distorting competition, according to the joke professionals, after all, the Hanseatic mimic refusal legend has been in the toughest training for years: As a member of the SPD and as a junior partner of the Union in the federal government, he has had nothing for ages had more to laugh about.

Scholz also already knows what trick he uses to leave the field as the winner in “LOL”: “Actually, I wanted to make funny politicians or fart noises out of balloons,” says the dry, humorous rascal, “but I'll just mention the current SPD polls, you won't keep your eyes dry with laughter. "

and don't miss any articles or cheap additional