The transition from combustion vehicle to zero emissions has no reverse gear. Now, the debate more than ever centers on when the electric car will be more profitable ... 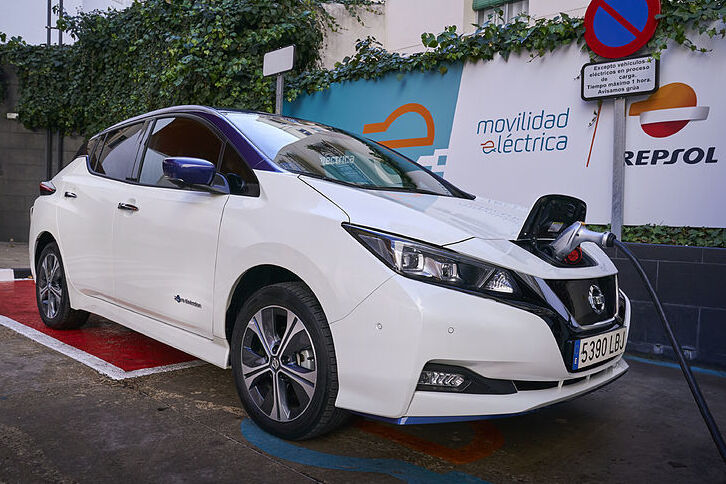 The transition from combustion vehicle to zero emissions has no reverse gear.

more than ever centers on

when the electric car will be more profitable than a gasoline or electric one.

up to 30% more expensive than its equivalent in combustion.

A study carried out by BloombergNEF (BNEF) for Transport & Environment affirms that in the period 2025-2027 the parity between a combustion car and a gasoline one would already be possible.

According to BNEF projections,

from 2026 it will be just as cheap to produce sedans

(segments C and D) and electric SUVs as their gasoline equivalents,

will be in that situation

Thanks to lower battery prices

and to the production lines

specialized in electric vehicles, their average price will be cheaper

Dacia will launch the

at the end of the year in Spain

With the aid of up to 7,000 euros from the Moves III plan for the purchase of electric vehicles, it will start at a price of

, an even lower cost according to versions

, the leader in this segment.

Lower the cost of batteries

The data they handle in Transport & Environment, as well as those of vehicle manufacturers affirm in this sense that batteries, the component that accounts for 40% of the price of an electric, would

Not only would its cost be lower, but with the generation of solid batteries, its capacity and energy value would increase by up to 50% compared to current ones.

The BNEF report concludes for this reason that

It should not be forgotten that we are dealing with a report prepared for an organization that is a champion of the reduction of emissions and air quality.

Hence, it promotes more demanding emissions targets for 2025 to the European Union.

Especially after the leak by the VDA, the German vehicle manufacturers association, that the European Commission is going to relax the NOx emission restrictions for combustion vehicles (diesel, gasoline, gas and hybrids)

This regulation should be ready in 2025 and applied at the latest in 2027. The current Euro 6D-Temp emissions standard

This type of vehicle currently has a 2% market share.

The supply of these zero emission vans has increased exponentially this year and next.

already manufacture in the second half of this year at its

, the four electric variants of the K9 project: the

Renault will put the

- which will replace the

And in delivery vans, Stellantis already offers the Citroën eSpaceTourer, the Peugeot e-Traveler or the Toyota Proace Eléctric, along with the

Mercedes-Benz eVito and EQV, made in the plant that the star's firm has in Vitoria

to mention the variety of models.

with a freight delivery company in Switzerland.

To achieve a greater penetration of the electric vehicle in the goods,

the equalization of diesel

to gasoline by eliminating its current bonus, will play a vital role.

In the document sent by the Government to Brussels on the Recovery and Resilience plan, it is said that this will occur from 2022.

In the letter sent, it is not mentioned at any time that the diesel tax credit would continue for carriers and freight logistics professionals.

If diesel becomes more expensive, the price of the electric van becomes cheaper,

"When making a closed route, public charging points are not necessary since the vehicle does its service and charges at the base," they explain from Aedive.

It must also be taken into account that as

in their urban centers that provide for strong restrictions on combustion vehicles.

In this sense, from Anfac, the Spanish employers' association of car manufacturers explains that in the commercial vehicle there will be a strong advance in zero-emission vehicles and that it would be favorable to rejuvenate a fleet that in

Spain has more than 15 years of experience. antiquity and that 95% are diesel.

In such a way that by

, the lower cost of batteries, the multiplication of public recharging points - they will exceed 125,000 posts that year according to the Government -, tax exemptions and rebates and the absence of restrictions on electric vehicles, they will make, especially in large cities,

the 100% electric vehicle more profitable than acquiring a diesel, gasoline or gas combustion one

The future of sustainable mobility in the city, open debate in EL MUNDO and BRAND

MotorRepsol wants to have 1,000 charging points for electric cars in the coming years