During the night, the charity gala Vax was broadcast live from Los Angeles, USA. Artists such as Jennifer Lopez and J Balvin performed at the gala, which raised the equivalent of around SEK 450 million for the vaccine to be distributed fairly around the world. 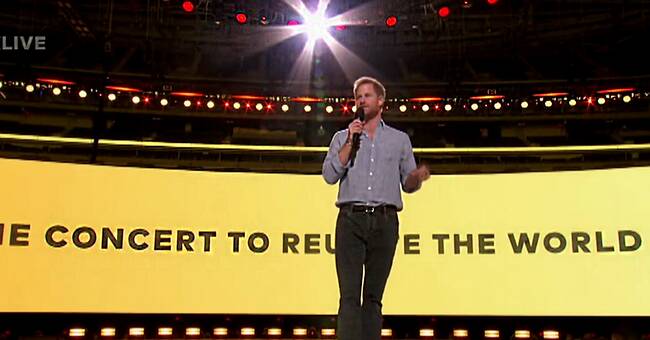 In the audience - 20,000 vaccinated and mouth-guarded people.

The gala was presented as a way to celebrate the return of a more "normal" life with shared experiences after just over a year of pandemic isolation.

"Vax Live: The concert to reunite the world" raised almost 54 million dollars, equivalent to about 450 million kronor, to Covax, which works to ensure that vaccines are distributed fairly between the countries of the world, writes The Wrap.

During the gala, Prince Harry also urged via video link to empathy, trust - and above all confidence in vaccinations as a weapon against covid-19.

Colombian star J Balvin, who himself fell ill last summer, said before his appearance that he does not want others to suffer as he did.

-I had covid before.

It almost killed me.

We do not want people to experience what I did.

The gala was recorded on May 2 at Sofi Stadium in Los Angeles, but was televised worldwide this weekend.