The remains of the Chinese rocket disintegrate upon reentering the atmosphere and fall into the Indian Ocean. 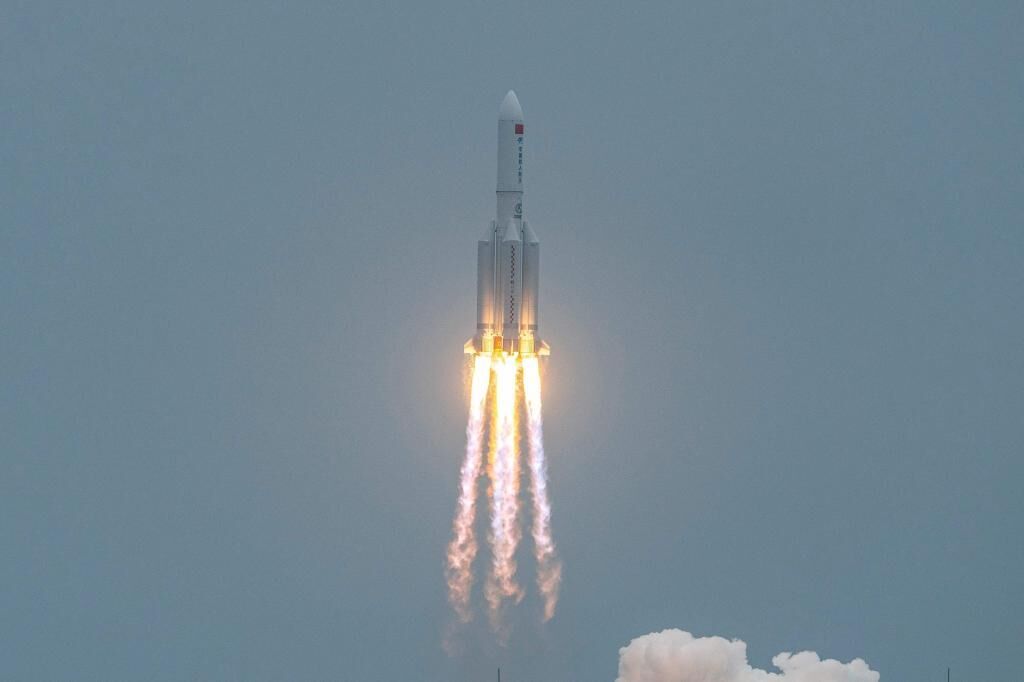 The remnants of the Chinese

, the China Office of Manned Space Engineering has announced.

The coordinates would be

around the Maldives islands in the Indian Ocean

, south of India, points out the local press, while the agency assures that most of the remains disintegrated when colliding with the Earth's atmosphere.

The size of the object,

with an estimated mass of between 17 and 21 tons

and a size of approximately 30 meters, and the speed at which it was moving -

- motivated the activation of several of the most important space surveillance services. of the world, including the

This agency already warned on Friday that the debris or "debris" of the rocket would fall in a region of the Earth covered for the most part by the ocean or uninhabited areas, and that the statistical probability of an impact on the ground in populated areas was low.

For its part, China also asserted on Friday that it

was "highly unlikely" that the debris from the rocket caused damage

on its return to Earth and that it was most likely that it would disintegrate during its re-entry into the atmosphere.

Some local Chinese media went even further and accused the foreign press of sensationalism, and portals such as Sina or Guanwang described the information published in this regard as

"exaggerations that only seek to discredit the Asian country

The rocket was used last week by China to

and was considered by experts as one of the largest pieces of debris that would re-enter the atmosphere, hence its continued surveillance.

In this sense, US experts criticized that the Chinese special program

allowed the uncontrolled re-entry of such a large rocket

, and it was not the first time that a Chinese ship has been in the crosshairs of surveillance services around the world.

, which had been in disuse since 2016 and was roaming uncontrollably through space, re-entered Earth's atmosphere over the South Pacific Ocean.

On that occasion, as on this occasion, the reentry was reported in real time to civil protection services throughout Europe.

EnvironmentSpain, the third EU country most responsible for tropical deforestation