Vax Live: the provaccine concert that has brought together Jeniffer López, J Balvin, the Pope and Joe Biden

Jennifer López and J Balvin are the Latin accent of Vax Live, the concert that is broadcast this weekend around the world to promote access to vaccines and in which they have ... 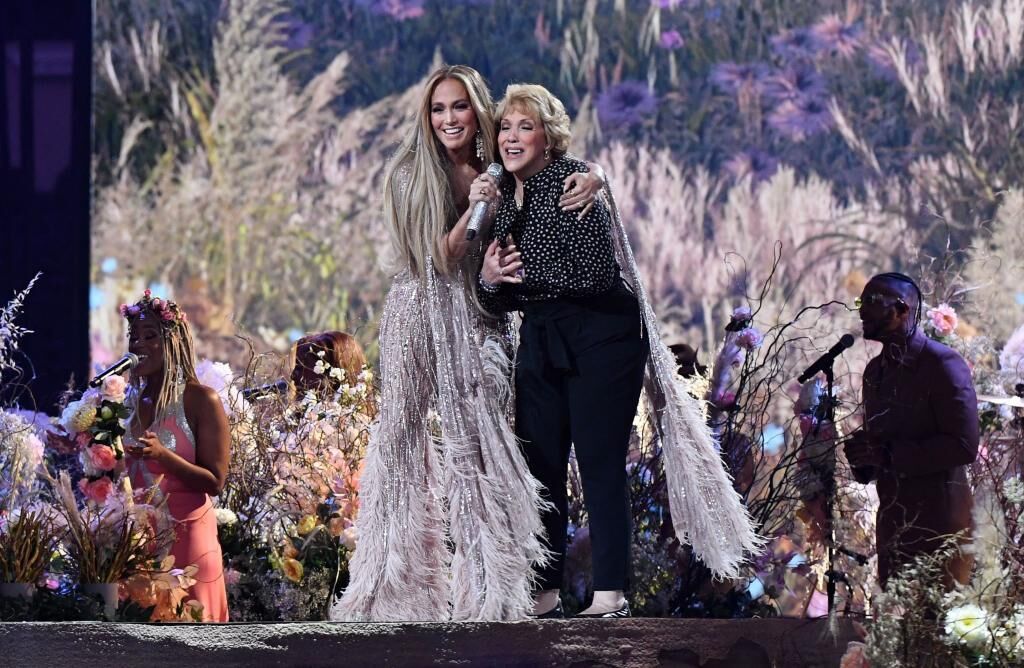 Jennifer López and J Balvin are the Latin accent of Vax Live, the concert that is broadcast this weekend around the world to

and in which Pope Francis, Joe Biden and Prince Enrique have intervened, among others.

The recording of the event gathered an audience of more than 20,000 fully vaccinated people last Sunday at SoFi Stadium in Los Angeles, where Foo Fighters, Eddie Vedder, HER and AC / DC vocalist Brian Johnson also performed.

the first major concert in America

after more than a year without live music.

The public, mostly essential workers, had to

present their vaccination card at the entrance,

wore a mask (although not all the time) and no alcoholic beverages were served.

"Just the fact of being surrounded by strangers and feeling safe raises my spirits," Paty, a nurse who came with her partner, told EFE.

The result of this experiment in the middle of the vaccination campaign will be broadcast in more than 100 countries this weekend under the slogan "a concert to bring the world together."

In the US, three of the four main networks (ABC, CBS and FOX) will televise the appointment on Saturday night.

Groups such as Globo in Brazil, Albavisión in Latin America and Canal + in France will also broadcast the event, which will be available on YouTube for the rest of the world.

Efe attended the recording of the initiative that, according to the Global Citizen platform,

has raised more than 53 million dollars,

mostly donated by companies, to extend the vaccination campaign in disadvantaged countries.

But what the public will perceive from their homes will be a window to the world promised by vaccines: People gathered, meetings between friends and families, live music ... "This is the first sip of life that we have missed so much the last year and a half ", said before touching Eddie Vedder, of the band Pearl Jam. Jennifer Lopez took her mother on stage: "I couldn't spend Christmas with my mother for the first time in my life, but today she is here with me." The two, embracing, sharing the microphone and chanting with the audience, offered a completely different image to the solidarity concert that in the spring of 2020 brought together Lady Gaga, Paul McCartney and the Rolling Stones digitally from their homes. This was highlighted by Foo Fighters vocalist Dave Grohl. "This is a fucking rock concert!"he repeated incredulously on several occasions

In its televised version, the event will also intersperse musical performances with interventions such as that of Pope Francis.

"Receive a visit from this old man, who neither dances nor sings," he said from the Vatican in a message in which he asked to

and took the opportunity to demand a "fairer economic distribution system."

The president of the United States, Joe Biden, also appeared from Washington, who celebrated the good rhythm of the vaccination campaign in his country, where almost 50% of the population already has a dose, but expressed his concern about the slowdown in the last weeks.

"Vaccines are safe, I promise you. And they work," he

But most speeches warned of the great difference between the vaccines administered in developed countries and less favored places.

"The vaccine must be delivered to everyone and everywhere. We cannot rest until it reaches all corners," said a Prince Henry increasingly integrated into the

Ben Affleck, Sean Penn, Chrissy Teigen, David Letterman, Gayle King and Jimmy Kimmel were some of the celebrities who attended the gala,

an equitable distribution. of vaccines

For this reason, the presidents of France and Spain, Emmanuel Macron and Pedro Sánchez, respectively, participated in video, as well as the president of the European Commission, Ursula von der Leyen.

The leaders' walk at the charity gala came exactly the same week that representatives of the United States and the European Union have been receptive to liberalizing patents on vaccines.

US Biden will recognize Armenian genocide, according to media

EnvironmentBiden, Bolsonaro and the price to pay to save the Amazon