The church parliament of the Evangelical Church in Germany has elected the 25-year-old philosophy student Anna-Nicole Heinrich as the new president. She wants to stand for a “hopeful, integrating and pragmatic church”. 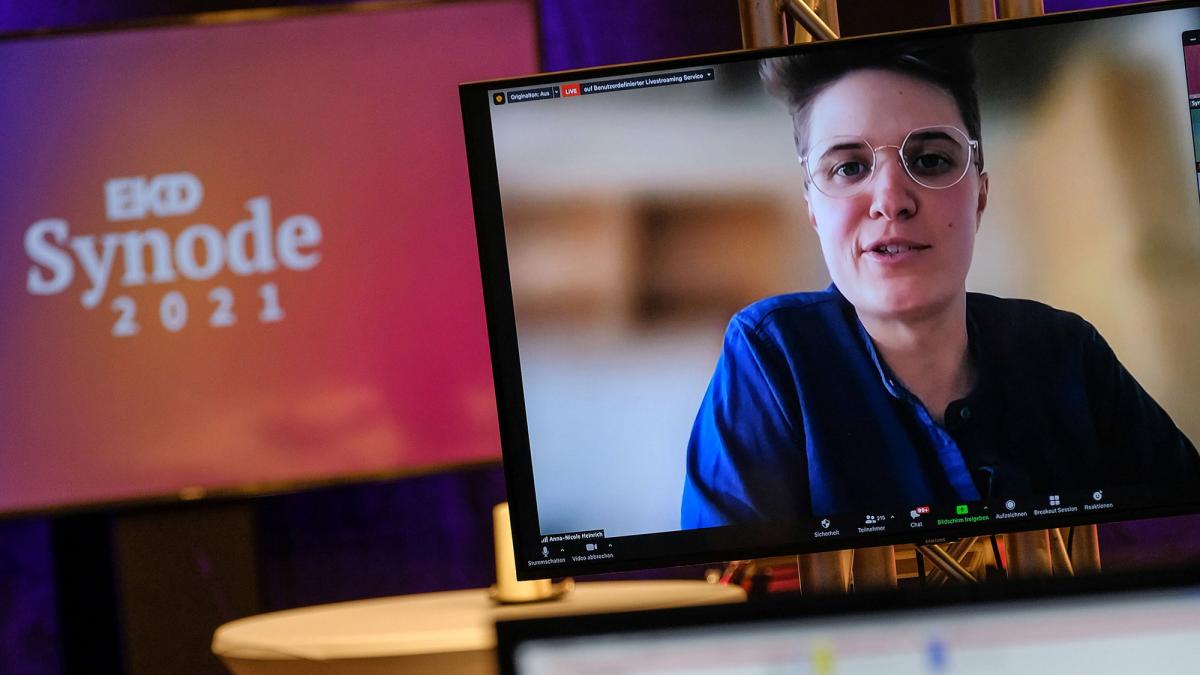 The Synod of the Evangelical Church in Germany (EKD) has elected the Regensburg philosophy student Anna-Nicole Heinrich as its head.

The 25-year-old surprisingly prevailed against the 41-year-old judge and Green politician Nadine Bernshausen from Marburg at the digital constituent meeting of the church parliament on Saturday.

In the first ballot, 75 delegates voted for Heinrich, 39 of 128 delegates for Bernshausen.

As President, Heinrich is now also a member of the EKD Council.

Heinrich succeeds the former FDP Federal Minister Irmgard Schwaetzer (79), who had chaired the synod for almost eight years and was adopted by the synod on Saturday with a lot of thanks.

He emphasized that Heinrich was involved in the EKD's future team, which had drafted the twelve guiding principles for a church of the future.

The future paper was approved by the previous synod in November.

The church parliament is presided over by a presidium with seven members.

After the presidency has been replaced, the two vice-presidents and four assessors should also be re-elected on Saturday afternoon.

The Protestant Church is currently debating how it should deal with the loss of membership and relevance in society.

In her introductory speech in front of the Synod, Anna-Nicole Heinrich advocated an “optimistic perspective out into the vastness”, although she would be accompanied by “austerity measures, dismantling and reconstruction”.

“As President, I want to stand for a hopeful, integrating and pragmatic church,” she said.

Rescuing refugees in the Mediterranean dominates the theme

The council chairman Bedford-Strohm spoke out in his report to the synodals for a new view of falling membership numbers and austerity measures.

He called for a "basic spiritual attitude that is not characterized by scarcity but by abundance".

In addition to the twelve guiding principles at its last meeting in November, the synod also adopted a financial strategy that provides for savings of 30 percent of the budget from 2019 to 2030.

Bedford-Strohm also promised an agreement with the federal government's abuse commissioner, Johannes-Wilhelm Rörig, on an independent review this year.

The EKD is currently negotiating an agreement with Rörig similar to the one that the Catholic Church had already signed last year.

Rescuing refugees in the Mediterranean has been a dominant topic in the debate following the Council report.

Some synodals, including Linda Teuteberg, member of the Bundestag FDP, criticized the fact that an anti-fascist flag is flying on the rescue ship "Sea-Watch 4", which is also supported by church donations.

There must be a clear distance from the church to any kind of extremism, she said, referring to acts of violence committed in the name of the Antifa.

The Green politician Katrin Göring-Eckardt, who is also a member of the synod, contradicted: In the Protestant Church no kind of violence is tolerated.

She is happy that the church is perceived as the one who is “on the move with ideas, suggestions and practical help”.

Bedford-Strohm himself had underlined that there were "different opinions" about the meaning and significance of the flag between him and the sponsoring association for the ship. For him there is no justification for violence. But he finds the discussion about the flag "absurd". The decisive factor is that the ship saves lives.