"Course for improvement": forecasters told about the weather in Moscow on the final days of the May holidays

In the final days of the May holidays, the weather in the capital will improve, forecasters believe. According to experts, in the first half of next week it will become “not working and relaxing” at all. The Hydrometeorological Center also stressed that residents of the entire European part of Russia should expect comfortable weather in the coming week. 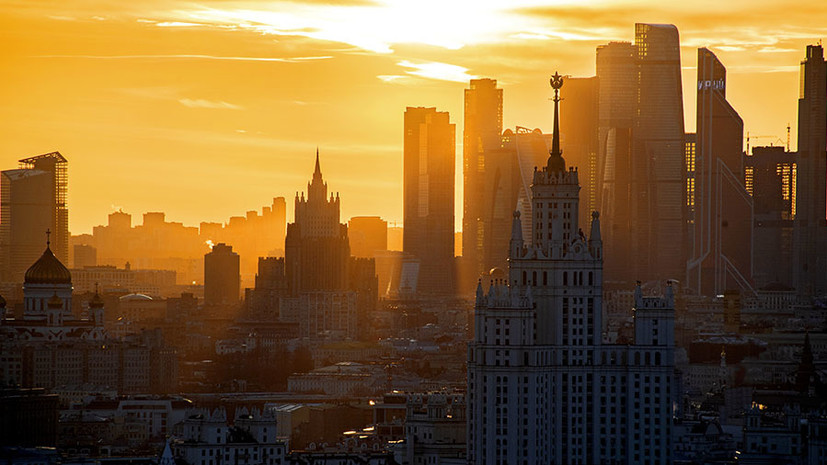 The end of this week in Moscow will be marked by a transition to higher temperature values.

This was stated to RT by the leading specialist of the Phobos weather center, Evgeny Tishkovets.

“On May 9, at night and in the first half of the day, the probability of cloudy weather with short rains will remain.

Only in the second half of the day the weather will take a course for improvement and by the evening gaps will appear, ”he said.

At the same time, next week the weather in the Russian capital will be dominated by an anticyclone, so it will be sunny and without precipitation, the expert noted.

That is, by the middle of next week we will reach the temperature background of June, ”said the leading expert of the Phobos weather center.

Similar information was provided by Anatoly Tsygankov, Deputy Head of the Situation Center of Roshydromet, who indicated that high blood pressure would also be observed at the beginning of next week.

Speaking about the current situation, he explained that the cyclone is moving from north-west to east, and therefore cloudiness is expected by the end of the week.

“In the North-West and in the Moscow region on May 8 it will be cloudy and rainy.

And on May 9, the cyclone will go east, towards Kostroma, and Moscow and the Central Federal District will find themselves in the rear of this cyclone.

On the morning of May 9 it will be cloudy with clearings, and in the late afternoon it will be sunny.

In the morning, there may be light rain in places, but further during the day, as I said, the weather will improve, "said the interlocutor of RT.

Also on russian.rt.com, the forecaster spoke about the likelihood of a "red heat" in the Northern Hemisphere

According to the forecast of the Hydrometeorological Center of Russia, on May 7 in Vladivostok, wind gusts will reach 24 m / s, in the Novosibirsk, Tomsk and Kemerovo regions 15-20 m / s, while rain with thunderstorms is expected.

At the same time, a high fire hazard is recorded in the Crimea, Rostov Region, Stavropol Territory, Kalmykia and Astrakhan Region, as well as in Omsk and Novosibirsk Regions, Altai Territory.

In addition, on May 8, heavy rain will fall on the Northwestern Federal District, and precipitation is also predicted in the Rostov Region and Krasnodar Territory.

On May 9, heavy rain is expected in Crimea, the Vologda region, in the Primorsky Territory, the republics of Karachay-Cherkessia, Kabardino-Balkaria, North Ossetia.

In St. Petersburg on May 9, precipitation in the form of rain is also expected, forecasters predict partly cloudy weather, the air temperature during the day is + 11 ... + 12 ° С.

According to Anatoly Tsygankov, deputy head of the Roshydromet Situation Center, at the beginning of next week it will also get noticeably warmer - by Wednesday, May 12, the thermometer will reach a level of + 21 ... + 23 ° С.

“In the Voronezh region on May 9 it will be cloudy and rain.

On Monday, Tuesday and Wednesday they are expected to have partly cloudy skies, with daytime temperatures around + 20 ° C.

If in the south, for example in Krasnodar, on May 9 they have good weather.

At the beginning of the week, +22 ° С and the sun are expected, ”the meteorologist explained.

In turn, the scientific director of the Hydrometeorological Center, Roman Vilfand, indicated that on the morning of Victory Day, forecasters will monitor the weather situation in order to provide assistance if necessary, ensuring the parade is held in comfortable conditions.

At the same time, he admitted that during the day on May 9 in the European part of Russia, the weather will improve significantly, and this course may continue in the coming week.

Tuesday, May 11, the weather will not be working at all, it will be relaxing.

The temperature will be up to 24 degrees, sunny, ”RIA Novosti quotes him.