More than 45,000 Americans volunteered to help officials in the Grand Canyon National Park in Arizona, USA, to kill hundreds of bison, which the authorities accuse of destroying the natural resources in that area. 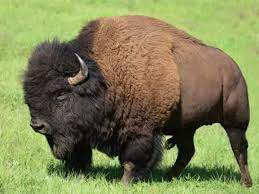 More than 45 thousand Americans volunteered to help officials in the "Grand Canyon" National Park in the state of Arizona, USA, to kill hundreds of "bison", which the authorities accuse of destroying the natural resources in that area.

The British newspaper, The Guardian, reported that the Grand Canyon Park had approved a plan to reduce the bison herd near its northern edge, and published an advertisement for its need for 12 skilled fishermen. Within two days, more than 45,000 volunteers came, 15% of them from Arizona, while a third Applicants from Texas, California, Colorado and Utah.

Park officials will select 25 names through lottery, then send out the finalists.

Grand Canyon spokeswoman Caitlin Thomas said the first 12 people to provide the park-requested information will be part of the fall volunteer program.

Hunters are waiting for hard work, as they will have to hunt the huge bull, on foot in snowy areas, at an altitude of 2,438 meters, where transportation cannot be used, and they will also need to transport the bison carcasses, which can be very heavy, as the weight of the bull may reach The one to 2000 lbs.

Each volunteer will be required to pass a training course in firearms safety and shooting proficiency test.

The decision to kill the bison came after the park issued a study last year, which called for more of these animals to be transferred from the Northern Edge region, as it threatens archaeological areas and natural resources and wastes water.

Park authorities plan to reduce the estimated 600 bison population in the North Grand Canyon, to less than 200, by killing or relocating them.