This may be a turning point in the vaccine race. The US President spoke yesterday, Wednesday May 5, in favor of lifting intellectual property rights on anti-C vaccines… 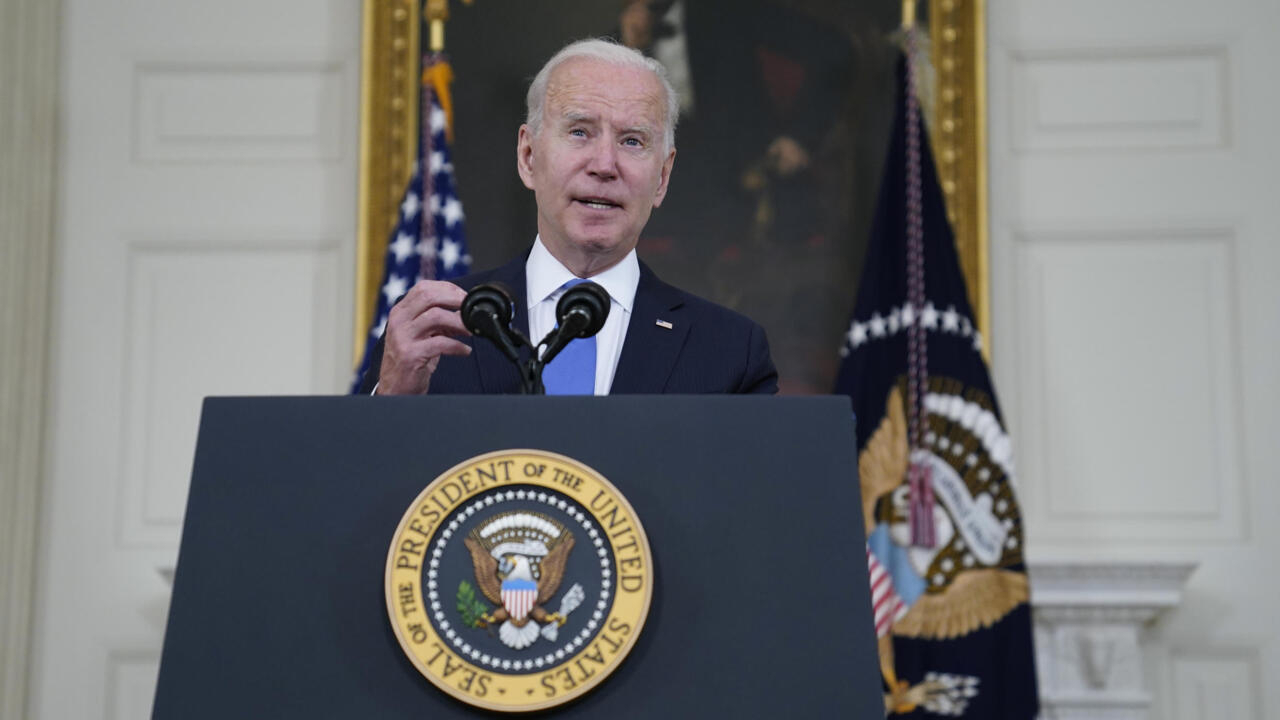 This may be a turning point in the vaccine race.

The US President spoke yesterday, Wednesday May 5, in favor of lifting intellectual property rights on anti-Covid-19 vaccines.

An exceptional exemption requested for months by South Africa and India within the confines of the World Trade Organization (WTO).

The boss of the WHO was one of the first to welcome the turnaround in the United States.

A historic decision according to him, while we are still far from being able to assess its concrete impact.

In any case Joe Biden once again is faithful to his campaign promises.

He defies the reservations of the American vaccine mister - the highly respected Doctor Fauci believes that it will not be effective - and of course the opposition of the entire American pharmaceutical industry, the cradle of the two messenger RNA vaccines.

: Washington in favor of the lifting of patents on anti-Covid vaccines

According to the boss of Pfizer, this exemption sends a negative signal;

it will dissuade labs from engaging in research during the next pandemic.

Has the ongoing disaster in India served as a detonator?

For those elected to Congress who urged Joe Biden to change his position, this is not just a moral issue but an economic issue.

Because any delay or failure in the global vaccination campaign could jeopardize the rebound of the American economy.

Moderna stock, which developed one of two messenger RNA vaccines, fell 6% after the announcement.

BioNtech and Novavax also fell on the stock market.

Anti-Covid-19 vaccines had boosted their prices in 2020 and are starting to rake in fabulous profits. Pfizer, the number one producer, associated with the German BioNtech, has already pocketed more than $ 3 billion in profit in the first quarter thanks to the vaccine. This is much more than what the other flagship molecules in the house bring in. It should achieve a 30% margin on its sales of the anti-Covid-19 vaccine this year. According to the study by the Iqvia institute, vaccinating 70% of the world's population will cost 157 billion dollars by 2025. A jackpot that for the moment comes only to the rights holders, especially the Americans, since Johnson and Johnson and AstraZeneca are currently selling at cost.

Is the lifting of duties on vaccines the right solution to rapidly increase production?

It can lower prices, but in order to increase production, industrial logistics must above all follow.

That factories are ready to produce.

A priori this is the case, several large production units say they are sufficiently equipped to produce on a large scale.

In Bangladesh for example, or in the West where several labs have offered their services, without success for the moment.

And above all, the training and supply of ingredients must follow.

Which is far from being won.

Securing its supply of certain raw materials is already a challenge today.

Pfizer had anticipated it in 2020, long before it got the green light for its vaccine.

It is indeed an industrial problem which arises more than a legal problem.

The legal question has not yet been settled with American support.

Unanimity is required to change the rules within the WTO.

For the moment, around sixty out of 164 countries actively support this derogation, while the European Union, Switzerland, Japan and Brazil are among the declared opponents.

Several months of discussions will be needed before reaching an agreement.

If the companies benefiting from the rights want at all costs to avoid their lifting, they must quickly demonstrate that they are ready to enter into operational partnerships in the coming months to accelerate production.

A new retaliatory measure against the only country in the world that has called into question a project labeled Silk Road.

Many other subjects have degraded relations between Beijing and Canberra: 5G and the risks of espionage, or the origin of Covid-19 have aroused growing distrust in Australia.

Washington in favor of lifting patents on anti-Covid vaccines