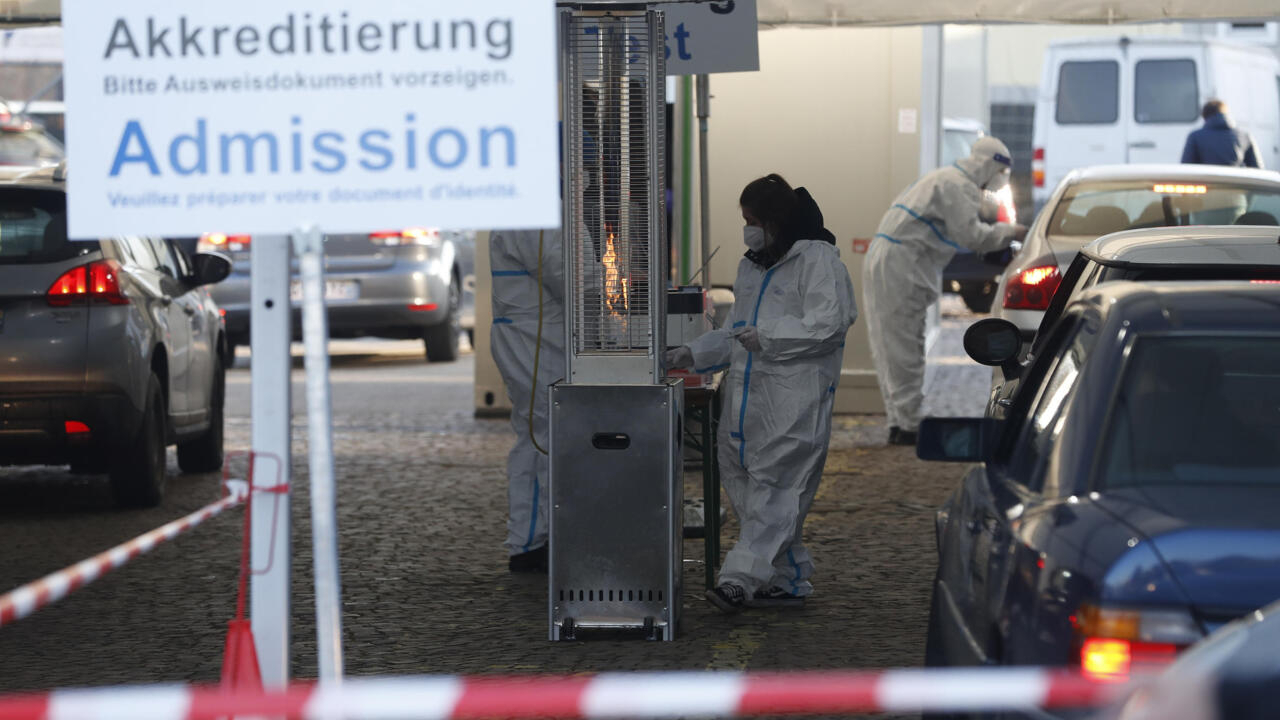 Moselle border workers in the face of German anti-Covid measures

Germany changes the classification of the Moselle department in the Grand Est.

The incidence rates are sharply down in Moselle and Germany is undoubtedly moving towards a relaxation of the measures taken towards its neighbor within 10 days.

This classification does not change anything for cross-border workers who still have to do a PCR test every 48 hours to go to work in Germany.

16,000 workers and 2,000 schoolchildren from Moselle cross the German border every day. And since March 2, they must present a negative test of less than 48 hours to cross this border. Ali Ilisoy works in Pirmasens, in a cardboard factory. He comes three times a week to this screening center in the Moselle village of Grosbliederstroff. For three weeks, saliva PCR tests have been accepted. “

I did it for two months through the nose. It had become unbearable with pain in the brain. We should stop,

As of March 2, six screening centers opened at the border. Large German companies have also offered to test their employees in their compound. Nevertheless, the ras-le-bol is heard this French teacher who works near Saarbrücken. “

I feel like I'm in a boat that doesn't know where it's going, on either side of the border. More than once I have said to myself that I had to go back to work in France because it has become too complicated,

The cross-border defense committee ensures that out of 70,000 tests carried out in two months, only 0.2% were positive. For them, the obligation of testing is annoying and unnecessary. The incidence rate per 100,000 inhabitants fell below 200 in Moselle against more than 400 at the beginning of March. But the new German law, said to curb the epidemic, only provides for the lifting of restrictions from an incidence rate of 100.

Christophe Arend, the LREM deputy for Forbach, regrets these German measures which scratch European coexistence. There should be a common strategy, but France and Germany do not screen in the same way and still do not have the same alert thresholds. “

It is important to have a common strategy because the virus spreads at the level of the catchment area. The Moselle and the Saar are a single basin of life. All of the European border areas are home to 140 million Europeans. How to sell them the idea of ​​Europe if the proximity of a friendly country is seen as an obstacle?

Christophe Arend hopes that the 24 hour rule will be reinstated soon.

A person who stays on German soil for less than 24 hours does not need to be tested.