Africa press review - In the spotlight: the disappearance of Béchir Ben Yahmed, founder of Jeune Afrique

On the front page: the disappearance of Béchir Ben Yahmed, founder of Jeune Afrique Audio 04:15 Unes from the newspaper "Jeune Afrique" plastered on a wall in Kigali, the Rwandan capital, in August 2018. © AFP - JACQUES NKINZINGABO By: Frédéric Couteau Follow 9 mins Publicity The tribute is unanimous this morning in the press of the continent. Whether in the North African or West African pre 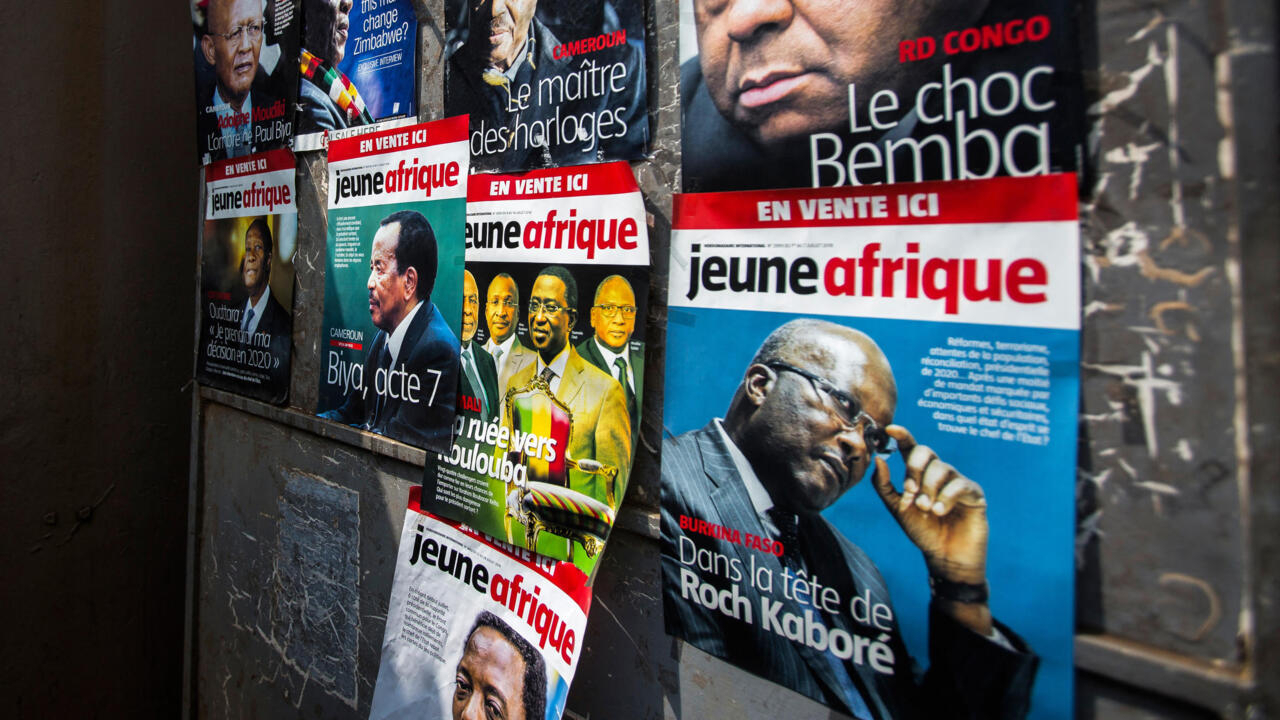 On the front page: the disappearance of Béchir Ben Yahmed, founder of Jeune Afrique

Unes from the newspaper "Jeune Afrique" plastered on a wall in Kigali, the Rwandan capital, in August 2018. © AFP - JACQUES NKINZINGABO

The tribute is unanimous this morning in the press of the continent.

Whether in the North African or West African press, most dailies, periodicals or news sites salute the memory of Béchir Ben Yahmed, founder of

It was yesterday, May 3, a day dedicated to press freedom, that Béchir Ben Yahmed chose to give us false company,

The founder of Jeune Afrique, in fact, died yesterday, as a result of contamination with Covid-19.

From the height of his 93 years, Bashir Ben Yahmed has seen generations of African leaders, but also French.

As are the Egyptian Nasser, the Ghanaian Nkrumah, the Congolese Lumumba and the Algerian Ben Bella.

He leaves to posterity a media empire made up of several media (paper and online) that will be responsible for perpetuating his children, Marwane and Amir as well as his widow, Danièle, and his lifelong companion, François Sudan, current editor-in-chief. of Jeune Afrique.

In his early days, Bashir Ben Yahmed oscillated between politics and journalism. "

Son of a trader from Djerba,

, a graduate of HEC, Béchir Ben Yahmed was part, from 1954 to 1956, of the Tunisian delegation negotiating the internal autonomy then the independence of Tunisia.

During the same period, in 1955, he founded the weekly L'Action, which ceased to appear in 1958. On April 15, 1956, he was appointed Secretary of State for Information in the office of Prime Minister Habib Bourguiba.

Benjamin of the ministerial team, 28, he does not sit in the constituent assembly because he does not have the required age for the deputation.

Entered into conflict with the policy of Bourguiba, who became president, he resigned from the government in 1957 and in October 1960 founded Afrique Action, which became Jeune Afrique in November 1961

The death of a visionary journalist

Beyond the passion for information, he went with the flair of the businessman which was the other trait of his character.

To make such a choice, at the dawn of the independence of African countries, it was necessary to be animated by a certain vision,

points out the Guinean site

And the rest had to prove him right.

Indeed, of his magazine, he ended up making a weekly (then a monthly today) which counts and whose opinion and point of view weigh on the French-speaking space of the African continent.

Attractive and impressive to the ruling classes as well as the mistreated opponents or a few assertive intellectuals, Jeune Afrique has shown a singular longevity.

Béchir Ben Yahmed was a true pioneer of the African press, adds

"It is a certain Africa which has gone through this great witness of our history", declared the Nigerien president, Mohamed Bazoum yesterday, paying tribute to the illustrious disappeared.

which however recalls the main criticism addressed to

, namely the publication of political infomercials.

Many African heads of state have easily remade their virginity through the columns of JA.

Nothing could be more normal,

WakatSéra, especially in these lean times for the press.

Except that it is important,

, to clearly highlight the demarcation between journalistic information and pure communication.

Which was not always the case

In any case, despite its shortcomings, despite the upheavals of history and despite the loss of speed of the written press,

as the newspaper underlines

considered at its origins as a challenge, Jeune Afrique is celebrating its sixtieth anniversary this year.

A veritable school of journalism where Frantz Fanon, Kateb Yacine and, more recently, the Goncourt Amin Maalouf and Leïla Slimani prizes have passed, JA has left its mark on generations of readers.

Its influence has even earned it the title of "55th African State".

François Sudan: "Béchir Ben Yahmed was a witness, an African in the century"

Death of Béchir Ben Yahmed, the founder of the magazine "Jeune Afrique"