No signs of infection during concert experiments in Barcelona

A large test concert with 5,000 people in the audience was held in Barcelona on March 27, in an attempt to bring the live music scene to life. The results show that no one was infected during the concert. 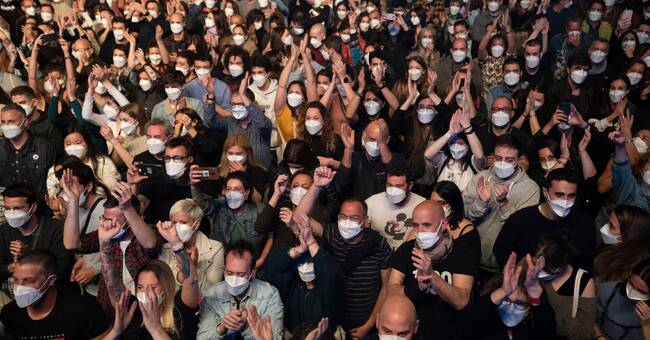 The concert in the Palau Sant Jordi arena was approved by the government and all participants had done a quick covet test in the morning, to enter the arena required a negative response.

The audience then did a PCR test two weeks after the concert.

Now the result has come and it shows no signs of coronavirus in those in the audience, reports AFP, referring to a press conference with Josep Maria Llibre, a specialist in infectious diseases at the University Hospital Germans Trijas in Pujol.

- There are no signs that there was a spread of infection at the event, he says.

The concert with the Spanish band Love of Lesbian was a follow-up to a concert with 500 in the audience in December.

Even at that gig, rapid tests and mouth guards managed to prevent the spread of infection.

But similar "test concerts" are not for Sweden in the pandemic, state epidemiologist Anders Tegnell has previously said.

According to him, the spread of the virus is so irregular that no conclusions can be drawn from a similar experiment.