Former participant: "It has happened that men have not listened"

The production behind Paradise hotel has been criticized after an episode where suspected abuses were broadcast. Former participant Viktoria Johansson is one of those who reacted and shared experiences from previous seasons. - I really hope they learn something and take this seriously, she says.&nbsp; 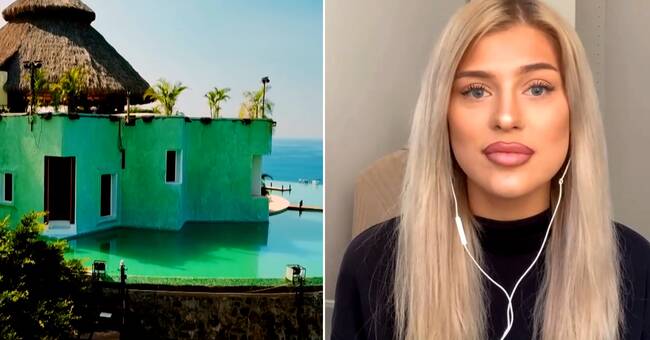 Viaplay and Viafree have removed this year's season of Paradise hotel after allegations that a male participant committed abuse.

In the comments field on the program's Instagram account, followers question why a police report was not made from the beginning, why no one intervened during the recording and why the episode was broadcast.

A former participant also urges his followers to boycott the program in a story on Instagram.

"Good that it is reported to the police"

Viktoria Johansson, who participated in Paradise hotel in the spring of 2020, says that she got cold feet when she saw the events in the program.

- That it is reported to the police now is great, but you get questions about why it was not done immediately.

But it is better that it happens now than that it does not happen at all, she says.

On social media, she has now shared experiences from her time in the program and during the recording, other participants saw that she felt bad.

Then she felt support from the production, but in retrospect she believes that there were situations that could have been handled better.

- The production could have gone in and said that if you behave like this, you can not be part of the program, says Viktoria Johansson.

She thinks that the casting should be done differently to ensure that it is safe to participate.

- This should not even happen again.

There are so many good guys who want to join Paradise hotel, why not cast them.

I think that from now on you should go in depth and get to know the people during the casting, and that if they see any warning signals do not bring those people, says Viktoria Johansson.

SVT has sought Nent, the media company behind Paradise hotel Sweden, for a comment.

They refer to the production company, but say that in their internal investigation they will review previous seasons of Paradise hotel.

- We go to the bottom with everything together with Mastiff to do a screening of the routines and what has gone wrong.

We will not only look at this season but also historically, says Susanne Nylén, press manager at Nent.

In an email to SVT, the production company Mastiff's CEO Matilda Snöwall answers:

“We are currently in a phase where we put all our focus on the participants, help the police with all material that consists of uncut and cut films and internally manage and review our processes, routines and working methods.

The police investigation is important to us as it will show whether we have missed or misjudged anything in the current situation and based on this draw conclusions for the future. "