Five tips to give your children good eating habits

Empower your child and not force him: these are the keys to supporting him towards a healthy diet that will promote good health, according to the pediatrician Arnault Pfersdorff, author of "Your child from 0 to 16 years old" and guest of &amp; # 39; Sans Rendez-vous &amp; # 39 ;, Wednesday on Europe 1. &amp; nbsp; 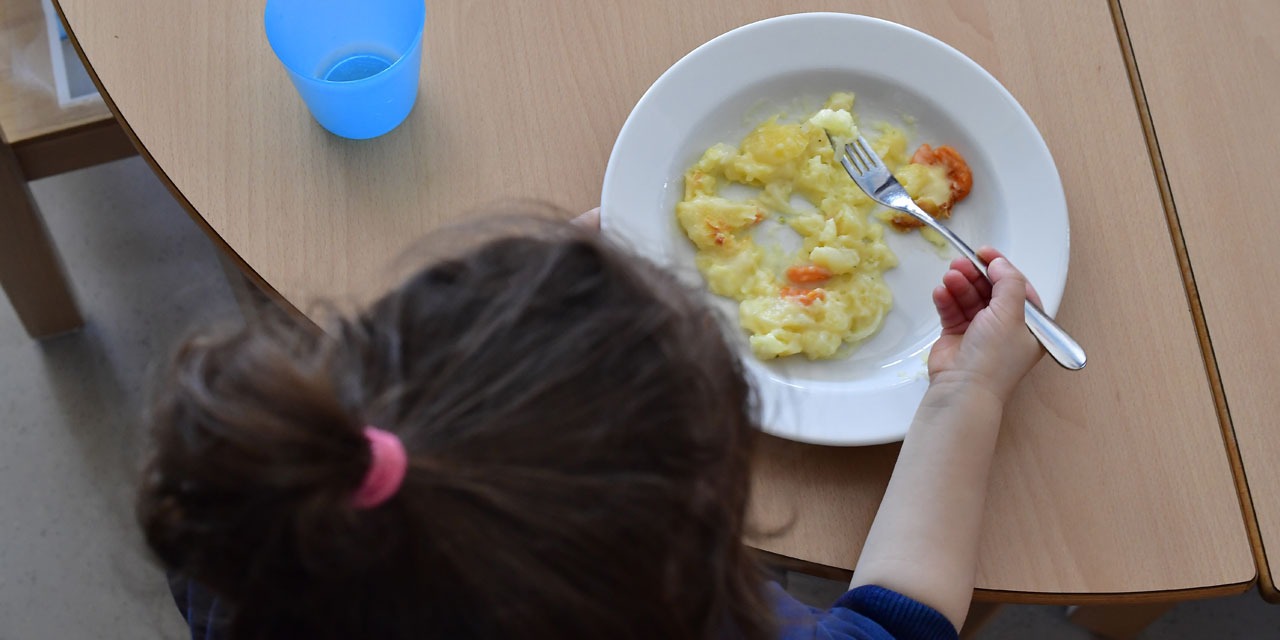 Empowering your child and not forcing him: these are the keys to supporting him towards a healthy diet that will promote good health, according to the pediatrician Arnault Pfersdorff, author of "Your child from 0 to 16 years old" and guest of "Sans Rendez -vous ", Wednesday on Europe 1.

Should you force your child to finish his plate, or on the contrary let him choose his foods? Forcing him to eat breakfast or letting him choose to "skip" it? How to react if you notice that your child is overweight, or if, as a teenager, he chooses a diet different from ours, such as veganism? So many questions that parents ask themselves, to whom we repeat that the eating habits adopted during childhood are crucial. Guest of

Respect the child's tastes and do not force him

"A child will never die of hunger, that does not exist in our regions", immediately asks Arnault Pfersdorff.

On the other hand, "those who refuse to eat vegetables later are often those who have received injunctions at the time of dietary diversification".

According to the specialist, "we must therefore trust the child" and never force him, even if it means that he eats less from time to time, in particular between three and six years old.

"Three meals a day is enough, what matters is that there is a balance between these."

This advice is particularly important in case of food neophobia, "a fear of psychogenic origin of all new foods", which can occur between two and eight years.

"We must respect the tastes of the child: thanks to neuroscience, we now know that a newborn already has preferences for such and such type of milk or food and that he will recognize the flavors . We must give him time, "urges the pediatrician.

- Meat, vegetables ... at what age to start a baby's food diversification?

Without forcing, a trick can however make it possible to have a better chance that your child will finish his meal.

"When he begins to see a very full plate, he blocks," notes Arnault Pfersdorff.

"You might as well put it on a small plate with a little quantity, and we can serve it again afterwards."

This advice applies first of all to the food consumed. "We must set an example, and not only with vegetables: there are also cereals, boiled eggs ...", lists the pediatrician. These are all healthy products that can be eaten with any meal. "We tend to have a big overloaded meal in the evening, the convivial meal, but if we do that, the child eats more and more in the evening and less and less in the morning, especially around pre-adolescence."

But this exemplary nature also applies to lifestyle in general, all of whose components have an influence on health.

"Certainly there are good habits that must be taken early, such as moving, eliminating and drinking," explains Arnault Pfersdorff.

"When we eat with the television on, we do not set an example," points out the doctor, for whom meals must be times of availability for all members of the family so that the child understands that they are important.

What if, despite the efforts of parents, a child's Body Mass Index (BMI), calculated from their weight and height, indicates that they are overweight in the first years of their life?

"Apart from environmental factors, such as a child who eats too much, or who does not move, when a child has to be obese, it is a little written in his genes", answers the specialist.

- Obesity: why we are not all equal

Doctors and parents must then "be very careful not to make this child a child who will be badly in his skin", according to the pediatrician.

“Today, I say to some older children, when they go into their pre-teens: 'You're overweight, that's okay, we'll make sure you live it well.' The speech is different. from before. "

Empower and empower your child

One of the keys to achieving balance from an early age is autonomy, according to Arnault Pfersdorff. The pediatrician cites a first example: the famous "a spoon for dad, a spoon for mom" used to encourage the little ones to agree to feed. An expression to be banned according to him, because "the child must move forward for him, to socialize and empower himself. Not to please his parents."

When the child grows up and becomes a teenager who refuses to have breakfast, the logic is the same: "He must understand for himself that it is important for him", explains the pediatrician.

"If we put pressure on him, he will even less want to have breakfast. Better to explain to him why it is important, more than to have a big dinner", for example to avoid having no more energy to the 10 hour sports course.

Finally, Arnault Pfersdorff evokes a phenomenon that he has observed for ten years: increasingly marked food choices, from an early age. "We have 10 to 13% of teenage girls who are vegan and often the boys follow, to be good with the girls," he says. A decision that often occurs in adolescence, because "it is an extraordinary tool to oppose parents".

The right attitude then consists in not making fun or criticizing your child, at the risk of "hurting him". "A teenager who has a decision-making choice, it belongs to him", insists the pediatrician. "You have to value your choice, listen to it, ask it to tell. And little by little we will talk about calcium, a little milk, a little vitamin D ..." In short, everything it could be missing to grow well, but with pedagogy.