Sleeping six hours or less per night between the ages of fifty and seventy has been shown to be linked to an increased risk of developing dementia, according to a new study that has followed nearly 8,000 British adults for more than 25 years, according to Agence France-Presse. 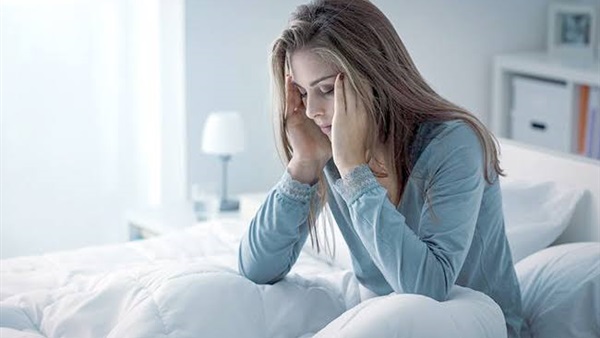 Sleeping six hours or less per night between the ages of fifty and seventy has been shown to be linked to an increased risk of developing dementia, according to a new study that has followed nearly 8,000 British adults for more than 25 years, according to Agence France-Presse.

The study, published yesterday in the journal Nature Communications, showed that the risk of developing dementia is 20 to 40 percent higher in people who sleep for a short period, and whose sleep duration is equal to six hours a night or less at the age of fifty or sixty, than it is in Those who spend "normal" nights in which sleep is not less than seven hours.

This study, issued by the French National Institute of Health and Medical Research and the University of Paris in cooperation with the University College in London, concluded that there is a link between sleep duration and the risk of developing dementia, but it did not reach a confirmation of the cause-effect relationship.

Researcher Severin Sabya and colleagues also note that the risk of developing dementia is 30 percent higher for people between the ages of 50 and 70 who sleep systematically for a short period of time, regardless of their potential cardiovascular health problems, metabolism or depression, which are risk factors for dementia.

The study participants self-assessed their sleep duration six times between 1985 and 2015 and in 2012, about 3,900 of them also put an accelerometer watch that captures movement during sleep at night in order to verify the accuracy of their estimates, which confirmed the results related to the risk of developing dementia over a period extending to March 2019.

Every year around the world, there are about 10 million new cases of dementia, including Alzheimer's disease, according to the World Health Organization.

Sleep is often impaired in patients with it.

However, a growing body of research evidence indicates that sleep patterns prior to the onset of dementia may also contribute to disease progression.

The French National Institute for Health and Medical Research stressed that these results show that sleep in middle age can play a role in brain health and thus emphasizes the importance of good sleep habits for health.

And the journal Nature indicated that future research may be able to determine whether improving sleep patterns helps prevent dementia.

"Quitting smoking, continuing mental and physical activity, eating a balanced diet, controlling cholesterol levels and blood pressure, are factors that may help maintain the health of our brains with age," said Dr. Sarah Imaricio of the Alzheimer's Disease Research Fund.