China News Service, Guangzhou, April 21st, title: Leading the Qingbi Dongjiang River to moisturize the hearts of millions of compatriots in Guangdong and Hong Kong   China News Agency reporter Wang Jian   "Opening mountains, digging ridges, digging holes and building bridges, tens of thousands of workers leaned on their shoulders and carried their backs. They completed the construction of the 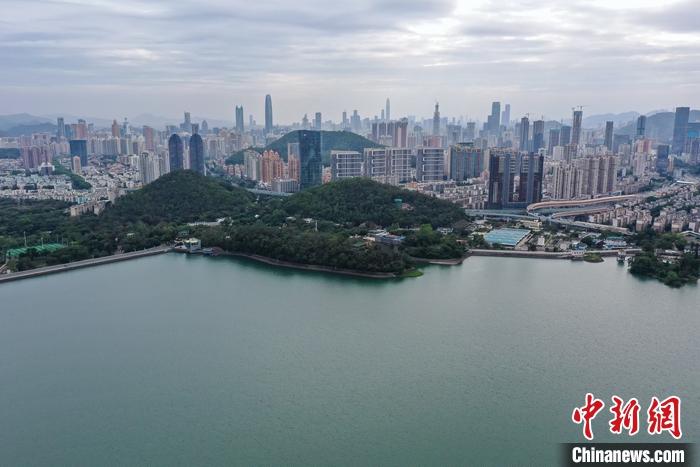 "Back then, the mainland newspapers, radio and other media paid attention to the news about Hong Kong's water shortage. We were shocked when we learned about it. We did not expect that Hong Kong's water shortage problem was so serious, especially when Hong Kong was flooded in 1963. The compatriots are deeply caught in the crisis of water shortage, and they cannot bear it." Wang Shouyong, 86-year-old designer of the first and third phases of the Dongshen Water Supply Project, said in an interview.

In 1963, a sudden and severe drought swept through Hong Kong. The Hong Kong government strictly restricted water. During the most difficult period, water was supplied only once every 4 days, which was only 4 hours at a time. Millions of Hong Kong residents encountered serious difficulties in water consumption.

According to Hong Kong's "Wen Wei Po" report that year, due to water shortages, the weaving and bleaching industry reduced production by 30% to 50%, 13 industries stopped work and reduced production losses of 60 million Hong Kong dollars, the catering industry was hit hard, and the livelihoods of hundreds of thousands of workers were seriously threatened.

"I was only a few years old at the time, and I remembered that the water at home was not enough, and the whole family had to fetch water and fill it home." He Ailun, who was born in Zhongshan, told reporters.

On June 10, 1963, Premier Zhou Enlai reviewed the Guangdong Provincial Party Committee’s "Report on the Negotiations on Water Supply to Hong Kong" and decided to construct a water diversion project to divert water from the Dongjiang River to Hong Kong.

The first phase of the Dongshen Water Supply Project started on February 20, 1964.

This phase of the project is 83 kilometers long and requires an 8-level pumping station to raise the Dongjiang water by 46 meters, and then "backflow" into the Yantian Reservoir in Shenzhen, and then supply it to Hong Kong.

At that time, the construction was severely lacking in machinery and equipment and could only rely on manpower. The difficulty was conceivable to raise the water level step by step.

Chen Baoqiang recalled: "When the Dongshen Water Supply Project was started, I was a worker in the mechanical construction team under the Guangdong Provincial Water Resources Department.'Let the mountains lower your head and make the river flow backwards' was the slogan during the construction of the first phase, and it was also a contest between man and nature A true portrayal of ."

At the construction site, in addition to several compactors, mixers, and stone crushers, primitive tools such as hoes, shovels, poles, and trolleys are the most useful "sharp tools", which accompanied the workers through a period of hard work. Years.

"The river flows backwards, the mountains bow their heads; Enbo is far-reaching, and everyone is in love" "Drinking water thinks about the source, and has the motherland in mind."

In March 1965, the Dongshen Water Supply Project was completed and watered!

At the completion celebration, the builders of the Dongshen Water Supply Project received two pennants from Hong Kong.

The Dongjiang water, which is full of the deep friendship of the people of the motherland, follows the newly completed Dongshen Water Supply Project and flows into the Shenzhen Reservoir at the Shima River, into the Xiangjiang River, and into the hearts of Hong Kong compatriots.

After the project lasts forever, the wave relay protects the clear stream

In order to meet the water demand of Hong Kong, Shenzhen, Dongguan and other places, the Dongshen Water Supply Project has successively carried out three expansions and one transformation, and the annual water supply capacity has been increased from the initial 68 million cubic meters to 2.423 billion cubic meters.

In the past 56 years, the Dongshen Water Supply Project has delivered most of the water from the Three Gorges Reservoir to Hong Kong, and has maintained a quality standard that is superior to the national surface water Class II water quality.

What will happen to the Dongshen Water Supply Project in the future?

"We will inherit the courage of our predecessors who dared to let the river flow backwards and the mountains bow their heads, and contribute to maintaining Hong Kong's prosperity and stability and advancing the construction of the Guangdong-Hong Kong-Macao Greater Bay Area." As a part of the Dongshen Water Supply Project, Tong Lihui said with great pride.

"Guangdong is currently advancing the construction of the Pearl River Delta water resources allocation project, a national key project." Zheng Hangwei, Party Secretary and Chairman of Guangdong Yuegang Water Supply Co., Ltd., said that after the completion of the project, water diversion from the Xijiang River to the eastern part of the Pearl River Delta will be realized. Effectively solve the problem of domestic and production water in Guangzhou, Shenzhen, and Dongguan, and provide emergency and backup water sources for Hong Kong and other places, and provide important water safety support for the construction and development of the Guangdong-Hong Kong-Macao Greater Bay Area.