Ramadan Drama Marathon ... "Sweet Sour" and "Choice 2" are in the lead

Although the dramatic race is still in its infancy, and only a few episodes of the participating series were shown, the audience was able to identify the features of his favorite works in the first week of Ramadan. The 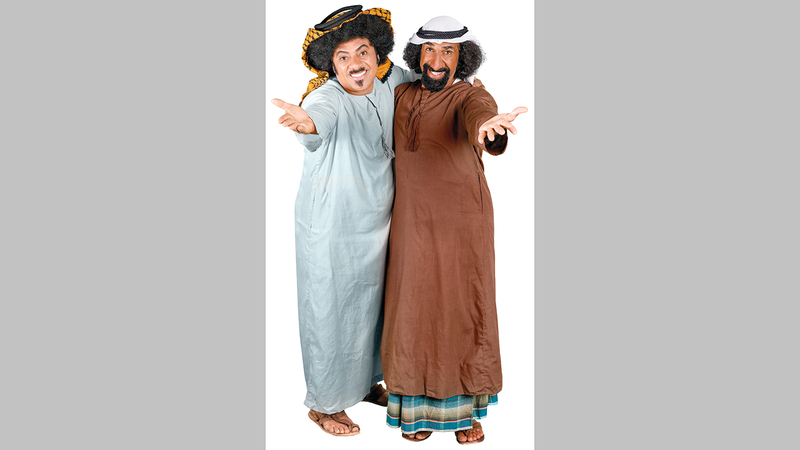 By polling the nominations of readers of "Emirates Today"

Ramadan Drama Marathon ... "Sweet Sour" and "Choice 2" are in the lead

Although the dramatic race is still in its infancy, and only a few episodes of the participating series were shown, the audience was able to identify the features of his favorite works in the first week of Ramadan.

The comedy series "Sweet acid" and the 15th part of the animated series "Shaabiya Al-Cartoon" were nominated by the audience participating in the Emirates Today poll about the dramatic work that attracted attention and decided to follow it during the month of Ramadan, which was published by the newspaper on its digital platforms.

The events of the heritage comedy series "Sweet acid" take place at the beginning of the seventies of the last century, in a village overlooking the sea, in conjunction with the urban boom in the region, the diversity of events, and the different stories within a continuous framework that is done by highlighting the two heroes of the work and their contradictions, The first is rash and reckless in making decisions, and the second is Tayyib, who suffers from the exploitation of his friend, and is exposed to imprisonment and heavy material losses.

As for the "Popularity of Cartoon 15", it deals with a comic framework of the "Covid-19" pandemic, and its impact on life in the Emirati society in various fields. It was written and directed by the creative Haidar Muhammad and a group of Emirati artists.

Whereas, the series "Choice 2" led the audience's choices from the Egyptian drama, thus continuing the great success of the first part of the work, which was shown last Ramadan.

The work deals with chapters on the fight against terrorism in Egypt, and the championships of the security men and the armed forces, and it is written by Hani Sarhan and directed by Peter Mimi, and the stars of this part are Karim Abdel Aziz and Ahmed Makki.

The nominations of the readers of "Emirates Today" also included other works, most notably the series "Musa" that takes place in Upper Egypt during the English colonial period of Egypt, and then the events continue until the sixties, through the story of a young man's struggle to become one of the rich, starring Muhammad. Ramadan, Sumaya Al-Khashab, Abeer Sabry, Riad Al-Khouli, Sayed Ragab, Sabri Fawaz, Munzer Rayahneh, and Heba Majdi, written by Nasser Abdel-Rahman, directed by Muhammad Salama, and produced by Synergy.

In addition to the series "Cairo Kabul", which has received wide praise, both from the audience and critics, since the beginning of its presentation, and deals with the files of terrorism in the region, and how extremist groups emerge and attempts to penetrate them into society. It is written by Abdel Rahim Kamal, directed by Hossam Ali, and starring Tariq Lotfi Khaled Al-Sawy, Fathy Abdel-Wahab, Nabil Al-Halafawi, and Hanan Mutawa.

Among the Gulf series, the nominations of readers of "Emirates Today" included the series "Matar Summer", which deals in a social form with the suffering of a father whose wife has died, so he tries to contain his children, and to play the role of father and mother, but he suffers from difficulty dealing with them. Nour, Hussein Al Mahdi, and Hessa Al Nabhan, written by Yasser Hamdani, and directed by Munaf Abdul Farag.

Likewise, the series "The Spirit and Al-Rayyah", whose events date back to the era of the nineties, and monitors the reality of human relations between members of the same family in interesting confrontations. It is written by Anfal Al-Duwaisan and directed by Munir Al-Zoubi. Ibrahim Al-Sheikhly, Reem Arhama, Shaima Ali, and Al-Sharqawi.

It reviews the development of the status of women in Kuwaiti society since the 1960s until now.

And the series "The Levantine Environment" "The Kandoush", which the artist Ayman Zidan returns after years of absence, and participates in the tournament Sabah Al-Jazaery, Ayman Reda, and Shukran Murtaja.

Reducing the suffering of "Covid-19"

Participants in the Emirates Today survey indicated that there are no works that attract their attention this year, because it does not carry anything new in the topics it raises, while others pointed out the public’s need for comic acts that will relieve them of their suffering as a result of the “Covid-19” pandemic, and what has resulted from it. .

• The events of the traditional comedy series "Sweet Sour" take place at the beginning of the seventies of the last century.

• From the Syrian and Lebanese drama, the viewers have many choices, foremost among which are the series "2000" and "The Kandoush".