A new study found that simple housework helps prevent dementia by increasing the size of the brain. Canadian scientists found that older people who spent more time doing housework had greater brain volume, which is a strong indicator of cognitive health. 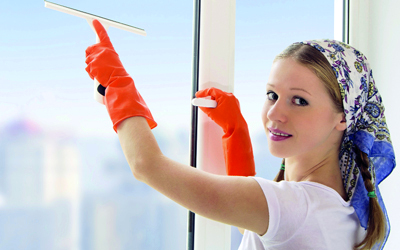 A new study has found that simple household chores help prevent dementia by increasing the size of the brain.

According to information published by the Daily Mail, these chores, including cleaning, tidying, cooking, heavy housework and gardening, can give the human mind an exercise and prevent dementia.

Dementia is an umbrella term used to describe a class of symptoms characterized by behavioral changes and progressive deterioration of cognitive and social abilities.

While there is ample evidence that recreational physical activity affects brain health, the effects of normal daily activities, such as cleaning, have not yet been understood, according to the scientists.

Scientists say highlighting the benefits of housework may motivate older people to be more active by "providing a more realistic, low-risk form of physical activity."

"Scientists already know that exercise has a positive effect on the brain, but our study is the first to show that the same may be true for household chores," said study author Noah Koblinsky of the Rotman Research Institute (RRI) at Baycrest in Toronto.

"Understanding how different forms of physical activity contribute to brain health is critical for developing strategies to reduce the risk of cognitive decline and dementia in the elderly," he added.

The researchers looked at the links between housework, brain size and cognition in a group of 66 healthy elderly people between the ages of 65 and 85.

The researchers found that older adults who spent more time participating in household chores had greater brain volume, regardless of the extent to which they participated in more intense forms of physical exercise such as running.

This is observed in the hippocampus, which plays a major role in memory and learning, and the frontal lobe, which is involved in many aspects of cognition.

Scientists have proposed three explanations for the benefits the brain gets from home physical activity.

First, heart health is closely related to brain health, and chores can have a similar effect on the heart and blood vessels as light aerobic exercise.

Second, the planning and regulation involved in household chores may promote the formation of new nerve connections in the brain over time, even with age.

And third, older adults who participate in a large number of household chores may have spent less time without activity, which has been shown to be linked to negative health outcomes, including poor brain health.

It is reported that the study was published in the journal BMC Geriatrics.