Madrid or how to be a tourist in your own city

"Madrileñearing is the best thing in the world," says Alaska. Vaquerizo gets a bit stuck with the "madrileñeo". Celebrities and politicians pronounce it with more or less success and ease, because 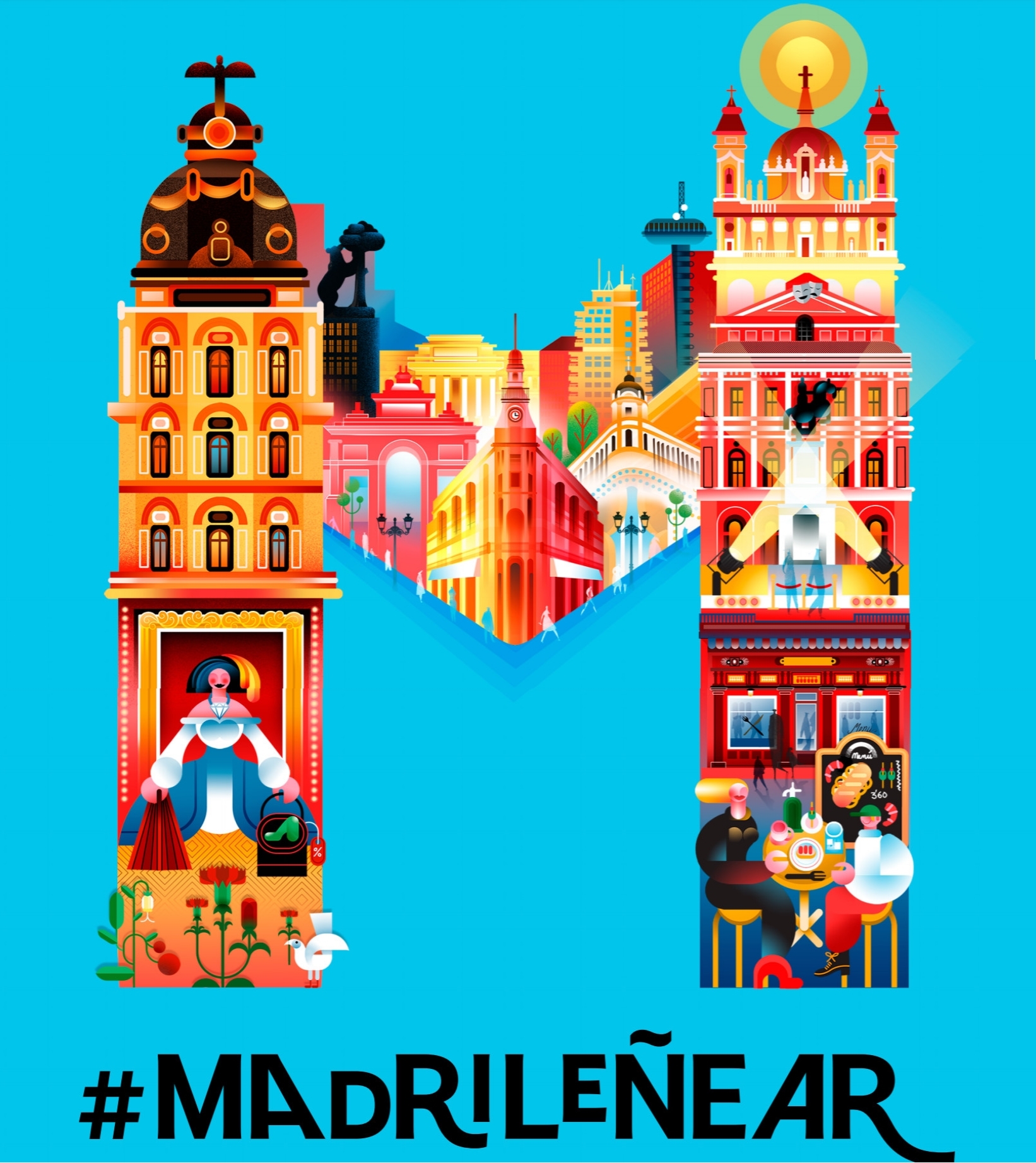 "Madrileñearing is the best thing in the world," says

gets a bit stuck with the "madrileñeo".

Celebrities and politicians pronounce it with more or less accuracy and ease, because the truth is that it is a word that has its own.

And what seems more important, thousands of

now use this term with a traditional flavor that has crept into conversations of all conditions in the Villa and Corte for some time now.

Also in hundreds of corners and streets of the city.

with some of the most emblematic buildings in Madrid.

Below, in black on the washed blue of the Madrid sky, the

"It is said to go out to enjoy Madrid with

The campaign, in which the silhouettes of the

, the Bear and the Madroño or the Palacio de la Equitativa (now the Four Seasons hotel)

, is an invitation to locals to become

in their own city in times of perimeter closures and reduced mobility.

The word, which is becoming increasingly popular on social networks when a few months ago practically no one had used it, has presided over one of the most emblematic buildings in the

and is still present as a showy opening of the tourist information website of the Madrid City Council.

PROMOTE THE CHARMS OF MADRID

But where does this curious

What is its true meaning?

If we pull the newspaper library, it is surprising that both those responsible for the City Council and the Community (both use it in their advertising campaigns) attribute it to themselves as a

invented by themselves, a claim to value the tourist charms of Madrid, cultural, gastronomic and leisure precisely for the inhabitants of the city.

The M of the illustrator María Corte.TURISMO DE MADRID

For the first time,

is shown as a tourist destination to the locals themselves.

is, without a doubt, a good hook although it does not stop supposing a kick to the dictionary.

Because although the word is not accepted by the

various scholars attribute its authorship to the writer and academic

who joined the learned institution in 1941 and whom the dictionary of the RAE itself cites as responsible for having introduced in our country Italianism "talk".

He himself, a talkative man, a great traveler endowed with talents for narrative and anecdote, invented the word "

" and that is how he liked to be introduced.

He is also credited with the invention of the word "

", which he used frequently in his many trips through Latin America, with the meaning of being proud and boasting of being Spanish in foreign lands.

The meaning of the word "Madrilenear", a term that has been around for a few decades, is attributed both to

boast of being a Madrilenian

enjoying it with some joy:

in its streets and in its squares, its centenary shops, its bars and terraces, its parks, its environment ...

THE COCIDO WHERE 'MADRILEÑEAR' WAS HEARD

, a program that is having notable success among Madrilenians (tickets are available the sale on the 1st and 15th of each month and they sell out after a few hours), which shows that in Madrid there is a lot of desire to "madrileñear".

But it is told in the court's mentideros, that just a week before it was heard for the first time by those responsible for the Consistory while enjoying a

The word was liked by the City Council, he quickly saw its potential and thus began the

of this word that curiously "resurrects" in the midst of a pandemic, as a way to encourage people from Madrid to

and as a way to support important sectors of the economy of the city, as the restoration.

highlighting new plans and proposals of interest in the city every week from its tourism website.

PlansBetween 'carnitas' and 1,200 bottles of tequila: how to travel to Mexico without leaving Madrid