Iran announced on Saturday the commissioning of new cascades of modernized centrifuges to enrich uranium more quickly. This use is prohibited under the terms ... 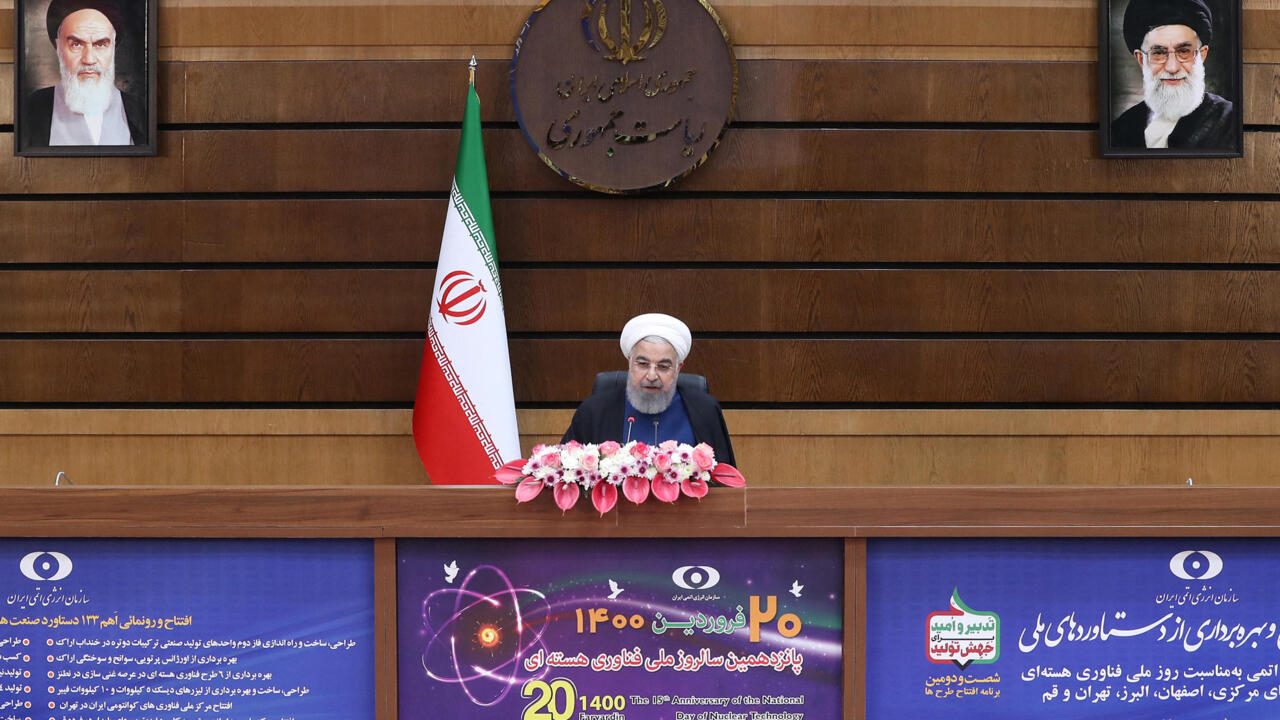 A few days after the opening of a "new chapter" on Iranian nuclear power, in Tehran's words, the Iranians announced on Saturday April 10 the commissioning of new cascades of modernized centrifuges.

This process, which allows it to enrich uranium more quickly, is however prohibited under the terms of the Vienna Agreement, concluded in 2015.

The announcements come as discussions take place in Vienna between the Islamic Republic and the other states party to the 2015 agreement (Germany, China, France, Britain and Russia) on how to re-integrate the United States into the of this pact concluded in the Austrian capital.

Washington would have made "very serious" proposals to Tehran

On Friday April 9, a US official said on condition of anonymity that Washington had indirectly made "very serious" proposals to Iran to revive the deal and that the Americans expected some "reciprocity" from the deal. of the Islamic Republic.

The measures announced with fanfare on Saturday by the Iranian executive do not go in this direction.

President Hassan Rohani officially inaugurated a line of 164 so-called IR-6 centrifuges and another of 30 IR-5, installed in the Natanz nuclear complex (central Iran), during a videoconference ceremony broadcast by state television.

"Please start the operation to supply (uranium) gas from the (cascade) of new generation centrifuges to the Natanz enrichment complex," said the president.

State television did not broadcast images of these waterfalls, but engineers in white coats working in duplex confirmed the commissioning of this line of centrifuges.

The Vienna Accord has been moribund since the United States unilaterally walked out of it three years later, in 2018, under President Donald Trump, restoring an avalanche of economic and financial sanctions against Iran.

In response, Tehran began to break away from its commitments from May 2019, and the pace has accelerated in recent months.

New US President Joe Biden has declared that he is ready to re-enter the agreement, and therefore to lift the sanctions after negotiations.

For its part, Iran says it is ready to return to the full application of the text, provided that the United States first lift all the sanctions it has reimposed or instituted against Tehran since 2018.

Tehran, however, refuses to speak directly with the United States at this stage.

The IR-5 and IR-6 centrifuges enrich uranium faster and in greater quantities than the "first generation" IR-1 centrifuges, the only centrifuges that the Vienna Agreement allows Iran to use. .

Hassan Rohani repeated during this ceremony organized for the "National Day of Nuclear Technology" that his country's nuclear program was purely "peaceful".

Until then, the exchanges which took place this week in Vienna between Iran and its partners on a relaunch of the agreement have been deemed "productive" by the European Union, which coordinates the discussions.

According to Russia, diplomats from countries still parties to the Vienna agreement "will meet again next week" in the Austrian capital, in order to "maintain the positive momentum".

According to Tehran, this meeting is to take place on Wednesday April 14, at the level of deputy foreign ministers.