Freelance journalist and China expert Jojje Olsson has received a threatening email from the Chinese embassy in Stockholm, Expressen reports. In the email, he is urged to stop his reviews of China - or "face the consequences" of his actions. 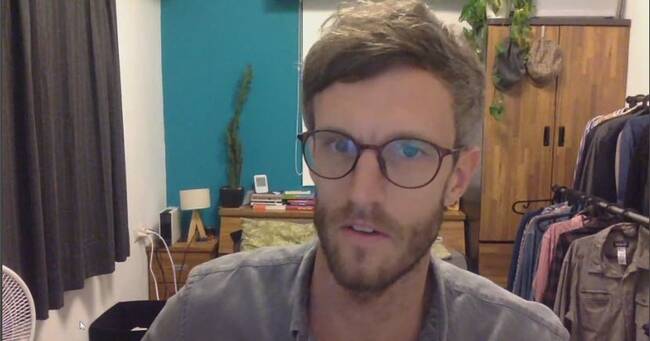 The review is about the political game around the boycott and includes several texts.

Jojje Olsson says that he is used to receiving critical emails from the Chinese embassy where he is asked to stop reporting on China, but the email he received after writing about the boycott of H&M was something out of the ordinary.

- Only this year I have received a handful of emails.

They are becoming more and more threatening and the tone in this email was harsher than before, says Jojje Olsson to Kulturnyheterna.

Should "meet the consequences"

Jojje Olsson is based in Taiwan and in the email, which Kulturnyheterna has read, is accused of conspiring with separatists in Taiwan and spreading misinformation to provoke anti-Chinese sentiment.

The email ends with a call for Jojje Olsson to stop his reviews - or "face the consequences" of his actions.

- It does not have to be physical consequences they mean.

Something that is common and that has been done to other journalists is slander and character assassination, such as spreading rumors to destroy someone's credibility, he says.

The organization Reporters without Borders has also received the email.

In an interview with Expressen, the organization's chairman Erik Halkjaer says that he believes that the email contains threats that could form the basis for a police report.

Kulturnyheterna is looking for the Chinese embassy in Stockholm for a comment on the threatening email.