Africa press review - In the spotlight: last day of the presidential campaign in Benin

In the spotlight: last day of presidential campaign in Benin Audio 04:40 In a street in the 8th arrondissement of Cotonou, a poster in favor of Patrice Talon and Mariam Chabi Talata. © RFI / Aurore Lartigue By: Norbert Navarro 9 mins Publicity Last day of campaigning today before Sunday's presidential election. The day yesterday was mourned by the armed repression of a demonstration of oppon 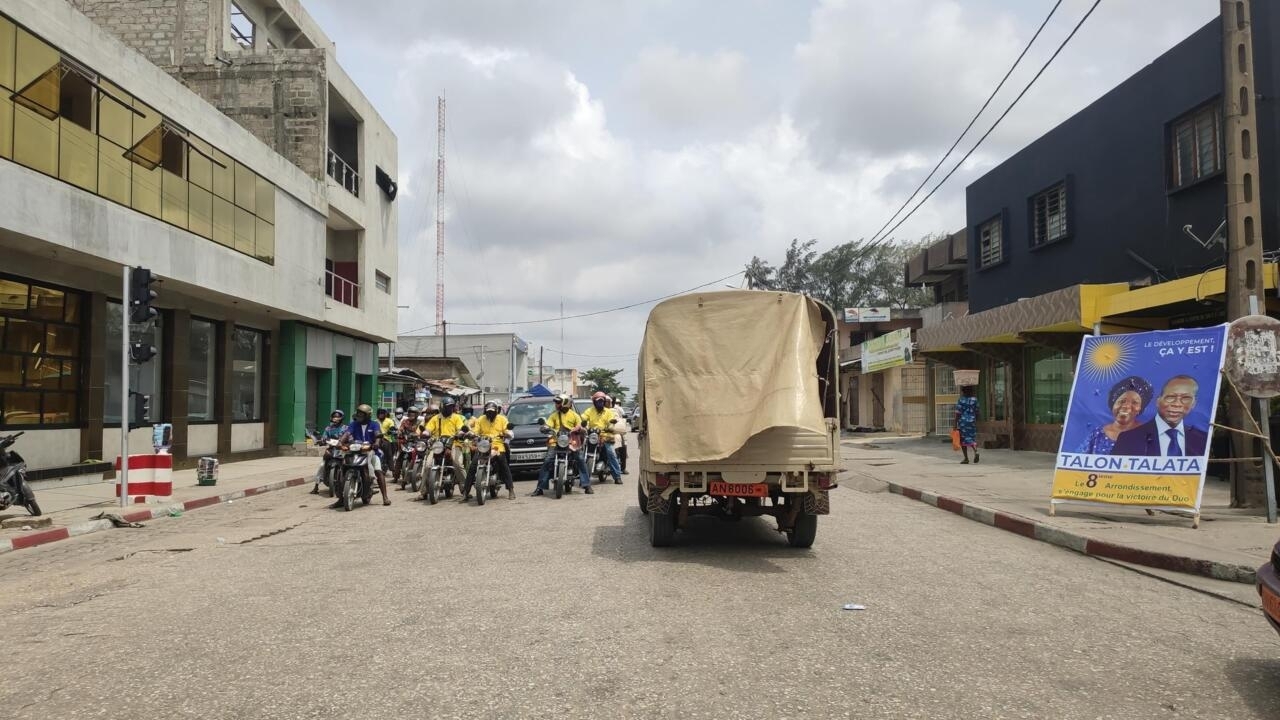 In the spotlight: last day of presidential campaign in Benin

In a street in the 8th arrondissement of Cotonou, a poster in favor of Patrice Talon and Mariam Chabi Talata.

The day yesterday was mourned by the armed repression of a demonstration of opponents in the center of the country.

At least one person was shot dead and several wounded yesterday morning in Savé, central Benin, when the army intervened, including with real bullets, to disperse demonstrators protesting against the absence of the army. opposition to the presidential election this Sunday.

reports the reaction to these events of the government spokesperson, who denounces "

In the sub-regional press, on the other hand, the comments are scathing.

They are indeed from a whole different barrel.

In neighboring Burkina Faso, for example, the newspaper

a disproportionate response which clearly justifies the desire to stifle all freedom of expression in the former Dahomey, the former" Latin quarter of Africa "which, which became Benin, it was not so long ago yet, with Senegal, the laurels of "beacons of democracy" in Africa

In a parallel with the other election on Sunday, in Chad,

anticipates the expected re-elections of Presidents Deby and Talon, "

who have resolutely opted to triumph without glory, to want to win without danger

In Côte d'Ivoire, the newspaper

relays the commentary of a Beninese political scientist stressing that, “

since the return of multiparty

in 1990, this is the first time that Benin has organized a presidential election like this one: pluralist in appearance, but without choice in reality

saw their candidacy rejected by the Electoral Commission".

And this site recalls that a leader of the opposition was imprisoned last month,

accused of having wanted to assassinate political figures."

A few days ago, a judge from a special anti-corruption court fled the country, claiming to have been pressured by the authorities to indict opponents,

Anniversary of the PDCI-RDA in Ivory Coast

Created on April 9, 1946, the Democratic Party of Côte d'Ivoire, a local section of the African Democratic Rally (Pdci-Rda), is 75 years old this Friday, April 9, 2021. Félix Houphouët-Boigny was its founding president.

This anniversary will take place from April 9 to 18.

In the kiosks in Abidjan, the press close to the PDCI shows off.

how is the PDCI-RDA today at 75

" and underlines with a headline that President Bédié "

deserves to be celebrated

offer their readers in chorus to explain to them "

how Bédié saved the heritage of Houphouët-Boigny

ensures in front that, if this party did not exist, "

it would have to be created

Return to an almost normal health life in Niger

The coronavirus pandemic appears on the way to being brought under control.

At the beginning of April, the Sahel country had recorded just under 5,000 cases of coronavirus, for only 185 deaths, the Opinion newspaper reports on the spot, describing "

" in these times of coronavirus.

This French daily stresses that the first phase of the vaccination campaign, which concerns the regions of Niamey, Tahoua and Agadez, “

was launched on March 29 at the General Reference Hospital (in Niamey).

Niger has received 400,000 doses of the Chinese Sinopharm vaccine as part of bilateral cooperation, again points out the Opinion (...) Nearly 200,000 additional doses of the AstraZeneca vaccine are expected soon as part of the Covax initiative of the World Health Organization.

By 2022, the country hopes to vaccinate 20% of the country's 23 million inhabitants, mainly the oldest