Chinanews.com, Xi'an, April 9th ​​(Reporter Mei Yilong) Black-and-white movies, black-and-white photos, through the restoration of modern AI technology, can "look like new" and achieve better viewing effects. This technology is exactly a project developed by a "post-00" entrepreneurial team at Xidian University. At present, the team has repaired the image quality and color of more than 30 old mo 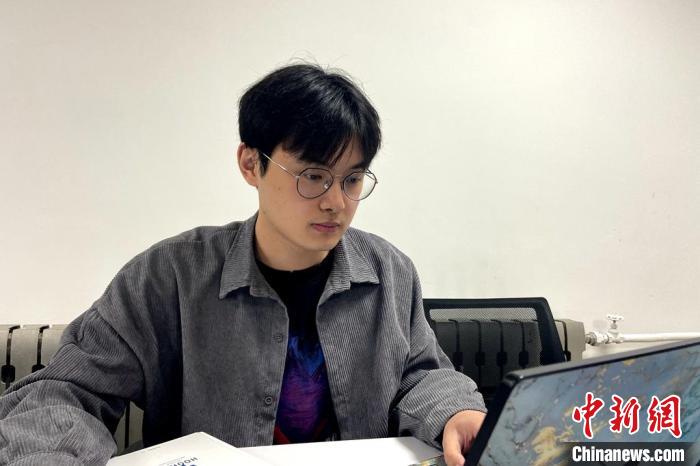 This technology is exactly a project developed by a "post-00" entrepreneurial team at Xidian University.

At present, the team has repaired the image quality and color of more than 30 old movies.

"Previous film and television works were actually very high in content quality, which is also a'miniature' of an era. However, it is a pity that many young people are now'turned out' by many young people because of poor picture quality and poor color." The founder of the team, Zhou Meihong, said that, therefore, use the knowledge he has learned to make “beauty” for historical images, so that old film and television works can re-enter people’s lives, so that more people and people of different ages can like them. classic work.

According to reports, Zhou Meihong's entrepreneurial team was established in 2019, bringing together 10 students majoring in artificial intelligence and network information.

Zhou Meihong said that everyone used their professional advantages to build a model database, allowing AI to learn a lot of black and white and color image data, and infer the color to be repaired based on the known colors, so as to complete the repair work of movies or photos.

The picture shows the team founder Zhou Meihong at work.

AI repairing old film and television works may seem simple, but it is not easy.

Lin Zeyi, the “partner” of the team, told reporters that most of the old movies are stored on film. They have experienced weathering over the years and wear more severely. AI algorithms must be used to go through them first, and then manually adjust the parts, and do anti-shake and balance. Light and other processing, and finally use AI super clear and coloring algorithm to improve image quality and color.

Sometimes a one-hour film movie can even take two weeks to complete the restoration.

The picture shows the comparison of the film and television work "Modern Times" repaired by the team's AI.

Through repeated technical iterations and optimizations, from Chaplin's "City Light" to "Modern Times", from "Roman Holiday" to "Little Soldier Zhangga", from "Yuguang Song" to "Eternal Waves", etc. , A classic work, after being repaired by the AI ​​developed by the team, it remains intact.

In order to better "incubate" college students' innovation and entrepreneurship, Xidian University established the School of Innovation and Entrepreneurship in 2016, aiming to transform the school's talent and technological advantages into industrial and economic advantages.

It is understood that the team has already connected with the Xi'an Film Studio and other units through the way of "building the stage" of the school, and will carry out school-enterprise cooperation.

The picture shows the comparison of old photos restored by the team's AI.

For future development, Zhou Meihong and her team have new yearnings and plans.

Zhou Meihong said that in the future, we will continue to conduct in-depth research in the market segment of the AI ​​restoration field to form a competitive advantage. At the same time, it will further promote the development of the image restoration industry, so that more dusty history will be seen.