Rejected by her herd, a baby elephant dies in a Swedish zoo

Shunned by her herd after another calf was born, an elephant just two weeks old died Thursday night at the Borås Zoo in Sweden. &amp; quot; Despite ... 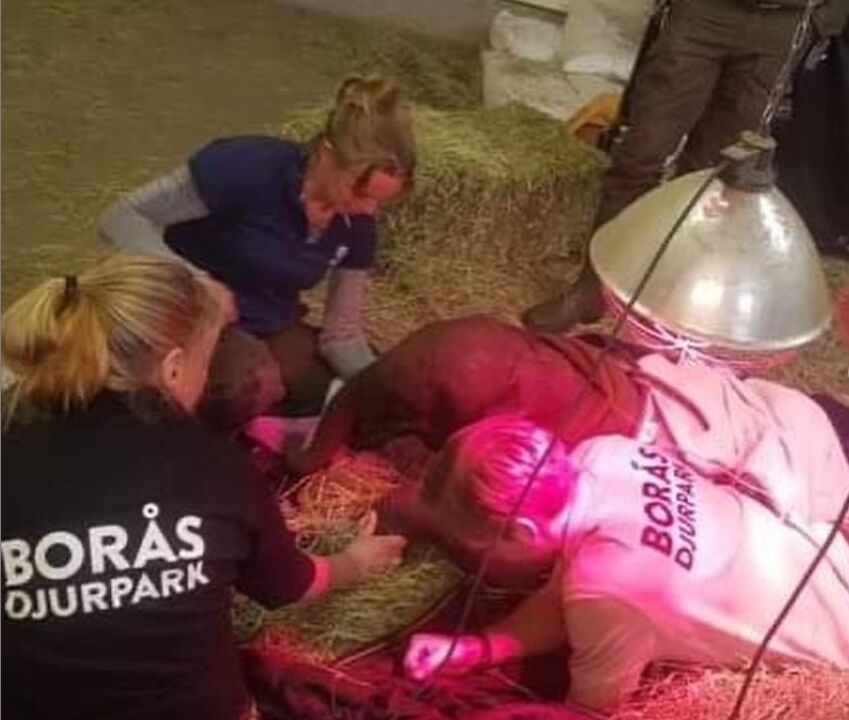 Shunned by her herd

after another calf was born,

"Despite the intensive care provided by a veterinarian and the caretakers for three days, who were by his side day and night,

the animal left us today.

His body could no longer bear it, he had to fall asleep," the zoo announced on Instagram , with a photo of the keepers around the animal.

Born on March 26, the calf, a female who still had no name,

was rejected by the herd after another elephant,

, was born on Monday

"We are all very sad, but at the same time we try to console ourselves, because the other elephant calf seems to be alert and awake," the zoo added.

The caregivers explained that they could not do anything against the rejection of the baby by the group.

The Borås Zoo in western Sweden is home to

Captive births are very rare for this species, whose population declined considerably in the wild.

there were around 1.5 million elephants

but according to the latest census of large mammals, conducted in 2016 by the National Union for Conservation of Nature (IUCN), only about 415,000 remain.

The resurgence of Filmin: this is how a small Catalan platform competes against the streaming giants