The Médiamétrie ranking of the podcast market published on Thursday shows the excellent dynamics of our podcasts and your loyalty. Europe 1 in general, but also Christophe Hondelatte and Nicolas Canteloup recorded record figures. 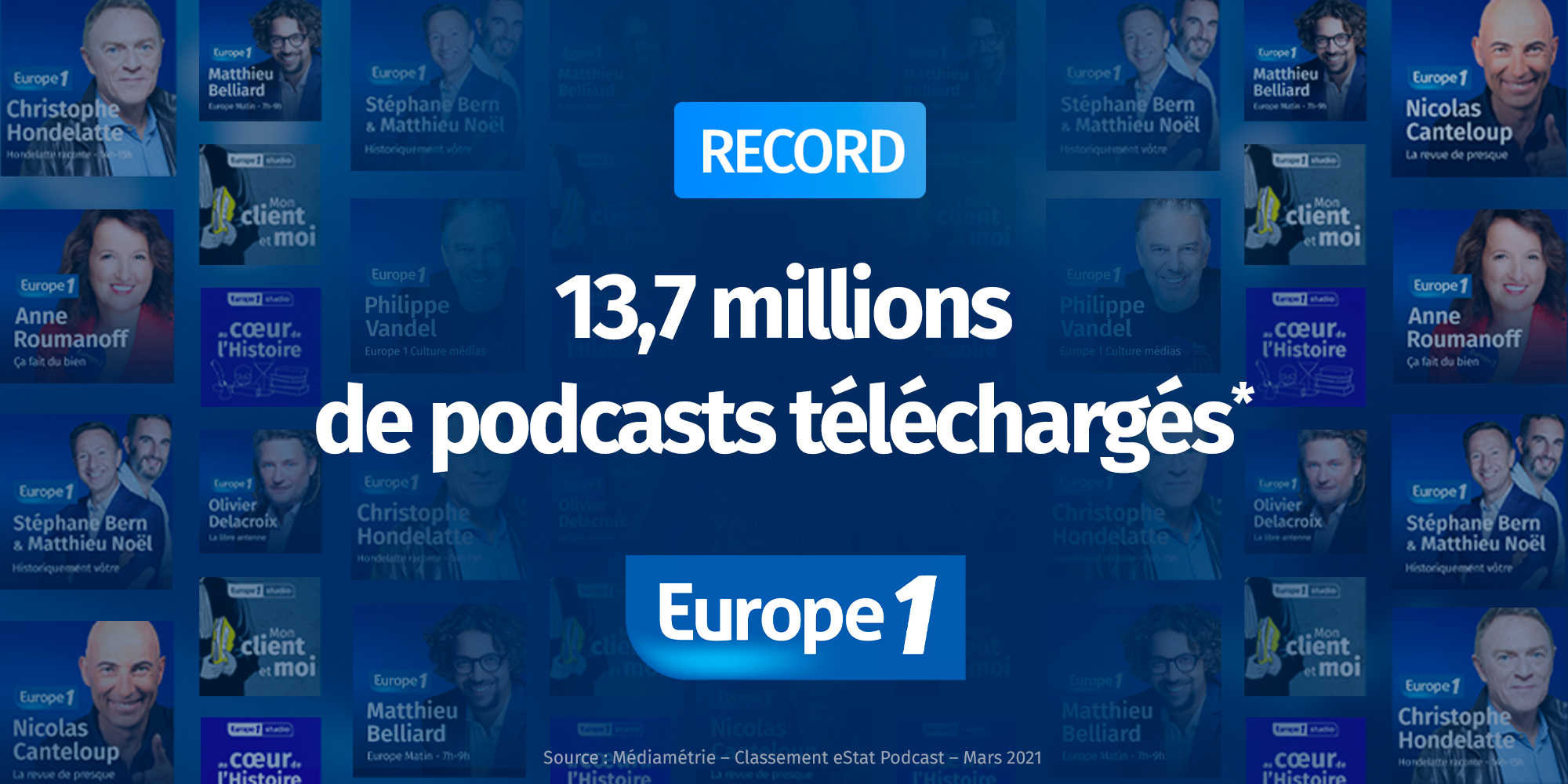 The Médiamétrie ranking of the podcast market published on Thursday shows the excellent dynamics of our podcasts and your loyalty.

With 13.7 million podcasts downloaded in March, Europe 1 sets a new record for the third consecutive month, according to figures released Thursday morning by Médiamétrie.

That is more than 2.2 million additional downloads compared to February and 12% market share.

As in February, Christophe Hondelatte and his program monopolize third place in the general ranking, and remain France's leading story podcast.

With 5.2 million downloads in March, Hondelatte tells us an 18% increase over one month.

New: every month, starting this week, you can find Christophe Hondelatte's stories in thematic series.

The first, already available on your usual listening platforms, is devoted to "Sea adventures", with Colas, Tabarly, Fontenoy and Van Den Heede.

>> Find all our podcasts and replay here

With 2.7 million downloads, Nicolas Canteloup and his legendary "Revue de près" recorded an increase of 30% compared to February and became the leading humor podcast in France.

At the heart of the story, the only native podcast present in the ranking

As in February, At the heart of the history of Europe 1 Studio is the only native podcast to appear in this top 30. With nearly 920,000 downloads, the podcast embodied by Jean des Cars recorded an increase of 16% compared to February .

New record for Historically yours

Historically yours, the program presented by Stéphane Bern and Matthieu Noël, the youngest to appear in this ranking, recorded a new record in March, with 850,000 downloads, an increase of 8% over one month.

Thank you for your fidelity !