Corona live: The majority of Germans do not trust Merkel's vaccination promise

Everyone who wants to be vaccinated should be offered a corona vaccination by September 21. This is what Chancellor Merkel promised. Most Germans don't believe that they can keep it. All developments in the live ticker. 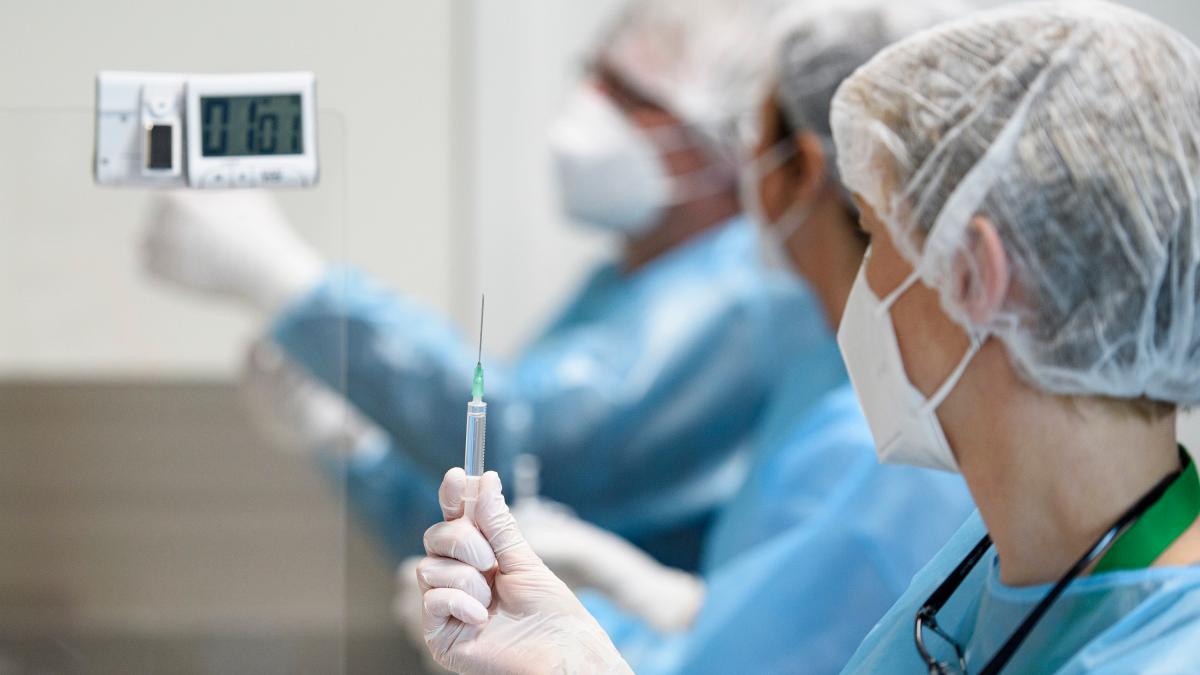 Almost two thirds of Germans do not believe that the federal government can offer every person willing to vaccinate a corona vaccination by September 21, as promised.

According to a survey by the opinion research institute YouGov on behalf of the German Press Agency, only just under a quarter (23 percent) expect the target to be met.

On the other hand, 62 percent do not expect it.

15 percent did not provide any information.

Chancellor Angela Merkel (CDU) has announced several times that she wants to make an offer to all adults in Germany who want to be vaccinated by September 21st.

Confidence in this promise has declined over the past two months.

In a comparable YouGov survey at the beginning of February, 26 percent believed that the goal would be achieved.

Even then, 57 percent did not trust the promise.

Skepticism prevails even in Merkel's own ranks.

53 percent of the voters of the CDU and CSU do not believe in a vaccination offer for everyone until the end of the summer.

All other parties represented in the Bundestag have even less confidence in the vaccination promise.

Of the voters of the Greens and the Left, 61 percent consider it unrealistic, with supporters of the SPD it is already 63 percent, with the FDP 73 percent and with the AfD even 82 percent.

The corona vaccinations in Germany started slowly compared to countries like Great Britain or the USA.

After Easter, they will also start in 35,000 general practitioners' practices nationwide and be gradually ramped up there.

The willingness to vaccinate has decreased slightly since the last comparable YouGov survey in mid-January.

At the time, 67 percent said they wanted to be vaccinated.

Now there are 57 percent plus 8 percent who have already been vaccinated - all together only 65 percent.

18 percent do not want to be vaccinated, 16 percent have not yet made a decision or did not provide any information.