Her Highness Sheikha Fatima Bint Mubarak, President of the General Women's Union, Chair of the Supreme Council for Motherhood and Childhood, and Supreme Chairwoman of the Family Development Foundation "Mother of the Nation", has directed the launch of the slogan to celebrate Emirati Women's Day for the year 2021, to be "Women are ambition and radiance for the fifty", in line with 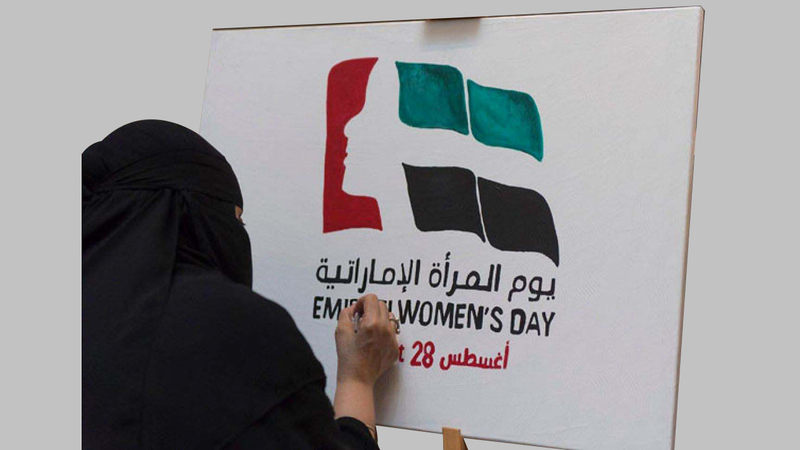 "Women are ambitious and radiant for the fifty."

The slogan of the celebration of Emirati Women's Day this year, which falls on next August 28, is an embodiment of the ambition of Emirati women, which has no limits in brightness and optimism for a better, more prosperous and progressive future, under the auspices of the wise leadership that paid great attention to supporting and empowering women to play their pioneering role in community service It provided all the elements for success, and provided the supportive environment and empowerment programs to be an incentive for her to unleash her creative and creative energies, and to occupy the highest leadership positions in the country, which developed legislation and laws in support of women's rights, and strengthened her contributions in all legislative, executive and leadership fields, to fulfill her responsibilities efficiently and effectively. Many achievements and successes over the past decades of the country's life.

Emirati women also demonstrated to the world their ability to compete and achieve exceptional achievements, until they became a model in ambition, creativity and giving, thanks to the directives of Her Highness Sheikha Fatima bint Mubarak, who provided the Emirati women with all support to become a partner for men in the comprehensive development of the nation, paving the way for them to pursue national and professional work. At the widest level, and to register an effective and distinguished presence in all educational, economic, health and political sectors, as she held the highest positions, including the presidency of the Federal National Council and ministerial positions, in addition to her presence in the diplomatic corps, joining the ranks of the armed forces and the national service, as well as the aviation sectors, Renewable and clean energy, space science, technology, engineering and medicine, which are rooted in the UAE's position in the file of support and empowerment of women.