I wondered if I could see a clear sky as the spring rain that fell last weekend stopped, but today a yellow dust warning has been issued in most parts of the country. Seoul reached the highest level in six years with the concentration of fine dust exceeding 20 times the usual. 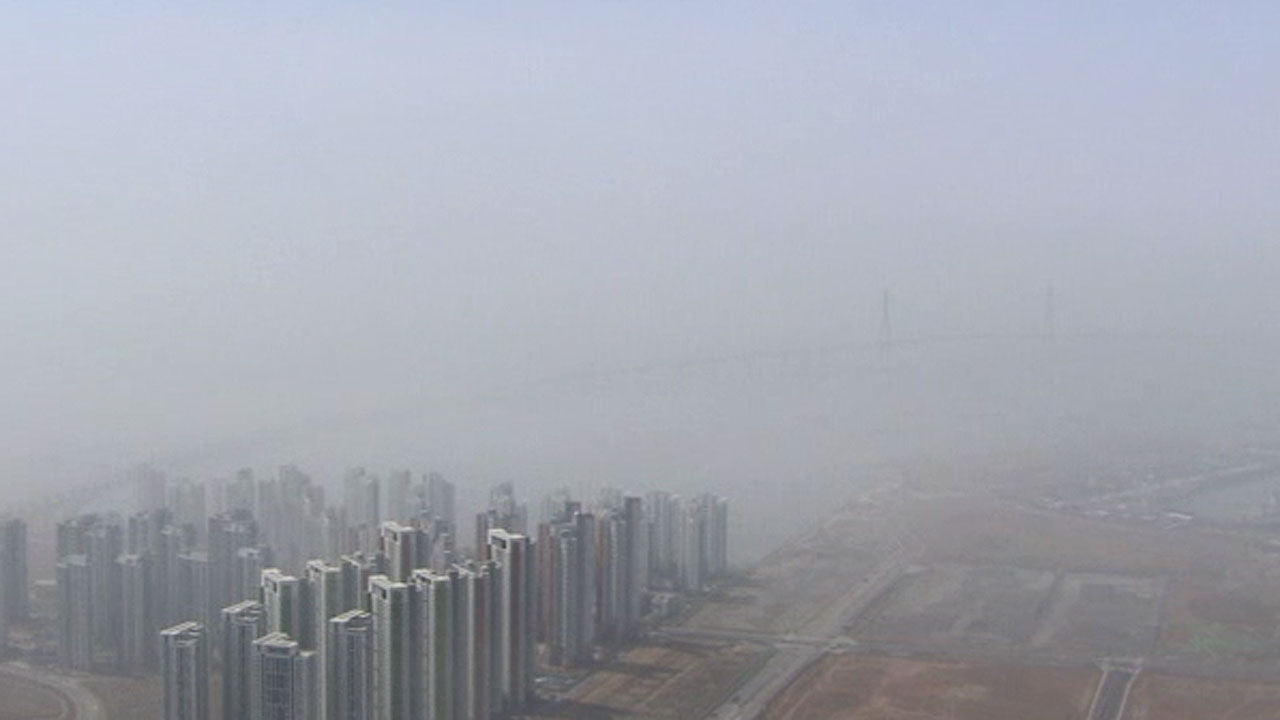 was wondering if I could see a clear sky as the spring rain that fell last weekend stopped, but today (29th), a yellow dust warning was issued in most parts of the country.

Seoul reached the highest level in six years with the concentration of fine dust exceeding 20 times the usual.

High-rise buildings in downtown Seoul were trapped in gray dust.

It only shows a faint outline and is difficult to tell.

You can barely see the reinforced cables of the huge Incheon Bridge.

As you climb a little higher over the West Sea, a dust band is evident under the blue sky.

It is yellow sand from China and Mongolia.

[Jeongseongwon / Gyeonggi Namyangju: The day before yesterday with the rain (I know how to refresh) so gonna come, and coming sandstorm so badly today, so is frustrated and a little yes lots some -

The yellow dust warning has also been issued at the worst level in six years since 2015.

To this, even ultrafine dust was once very bad and added frustration.

In the afternoon, the yellow dust is gradually dissolving, but the Namsan Tower still looks hazy, and the fine dust remains at the level of'very bad'.

It has been 11 years since a yellow dust warning has been issued nationwide, except for the east coast of Gangwon-do.

The concentration of fine dust in the interior of Jeju once rose to over 1,200 µg per cubic meter, and some inland areas such as Gunsan, Gwangju, and Jinju also exceeded 1,000 µg.

The amount of yellow sand generated in China and Mongolia was less than on the 14th, but this time, the strong downdraft dropped many yellow sand particles, which greatly increased the concentration on the ground.

[Jin-Gyu Woo/Meteorological Office Forecasting Analyst: During the period when the yellow dust is maintained, it will take some time for the yellow dust to escape to the east because the flow of the barometer around Korea generally slows down a little...

atmospheric congestion leading to yellow dust warnings in the southern regions, Korea will be affected by yellow dust even the day after tomorrow.