China News Service, Quanzhou, March 28 (Sun Hong and Wu Guanbiao) Taking orders, picking up goods, and delivering goods are repeated again and again... Like most "takeaway boys", Hong Chengmu's work is simple and busy, and he is always on the road.   And it is just such an ordinary takeaway boy. In more than two years, he took advantage of his professional career to help 27 lost people return h 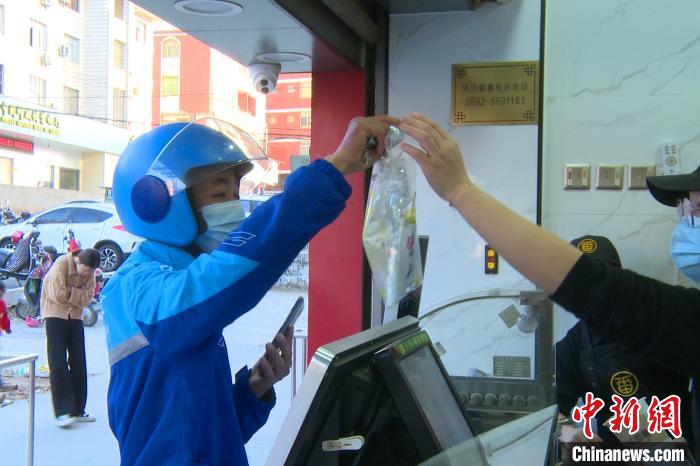 China News Service, Quanzhou, March 28 (Sun Hong and Wu Guanbiao) Taking orders, picking up goods, and delivering goods are repeated again and again... Like most "takeaway boys", Hong Chengmu's work is simple and busy, and he is always on the road.

And it is just such an ordinary takeaway boy. In more than two years, he took advantage of his professional career to help 27 lost people return home and fulfilled the dream of 27 families to reunite.

"I'm just an ordinary takeaway boy. If I have to say there is any'super power' to find people, it may be three methods of observation, communication, and contact." Hong Chengmu said.

Streets and alleys, sun and rain are Hong Chengmu's way of making a living, and it has also become a stage for him to do good.

Because of his busy work, Hong Chengmu does not have much time for entertainment and leisure. One of his biggest hobbies is to read the news.

One day two years ago, he saw a missing person notice in the news. The lost person wore a pair of particularly bright flip-flops, which impressed him.

Hong Chengmu (second from left) went back to his alma mater to share his experience of tracing people with the younger students.

Unexpectedly, on the way to deliver the food, Hong Chengmu accidentally found someone with the same characteristics.

"At that time, I couldn't contact the family of the lost person, and I was anxious to deliver the meal, so I had to call the police." Because of his "intentional action", the lost person finally got home smoothly.

Such an accidental experience made Hong Chengmu realize that sometimes a little kindness is enough to change a person's life and affect the direction of a family.

"Many people who are lost are actually by our side. They may be able to get help with a simple look back and attention."

Therefore, Hong Chengmu joined the volunteer team of the online tracing platform, gained more clues to the lost and like-minded companions, and gained a lot of touch.

He said that the moment he saw the lost person embracing his family, he was often moved to tears, and he understood that all the efforts were worthwhile.

In the process of tracing people, Hong Chengmu also gradually summed up some experience.

He found that most of the lost in urban and rural areas were Alzheimer’s, mentally ill, mentally handicapped, runaway, and lost people. Through eye contact, or the clothes of the lost, they looked around and wandered around. Basically, a preliminary conclusion can be drawn.

Hong Chengmu said, “If I find a person who is suspected to be missing, I will write down his foreign trade and clothing characteristics, and then search for information on tracing information on platforms such as the Internet, or help him through methods such as reporting to the police.” In addition, people who are tracing platforms online According to the information comparison, Hong Chengmu still provided help to the 7 lost persons and their families in the “cloud”.

A few days ago, Hong Chengmu, who was concerned because of missing people, walked into Liunan Middle School, his alma mater, to give a moral education speech to students and share his experience.

"I hope that the younger students can start with the little things around them, help some people in need, and experience the self-satisfaction of helping others."

In his view, every additional person who joins the ranks of the tracing can help the lost return home faster.

May his actions gather more gleams of kindness and illuminate more corners of the world and the way home.