The third wave threatens with 50,000 new infections a day, says health expert Karl Lauterbach. He calls for a lockdown and curfews. Rostock's mayor is for more trust in citizens and offers instead of bans. 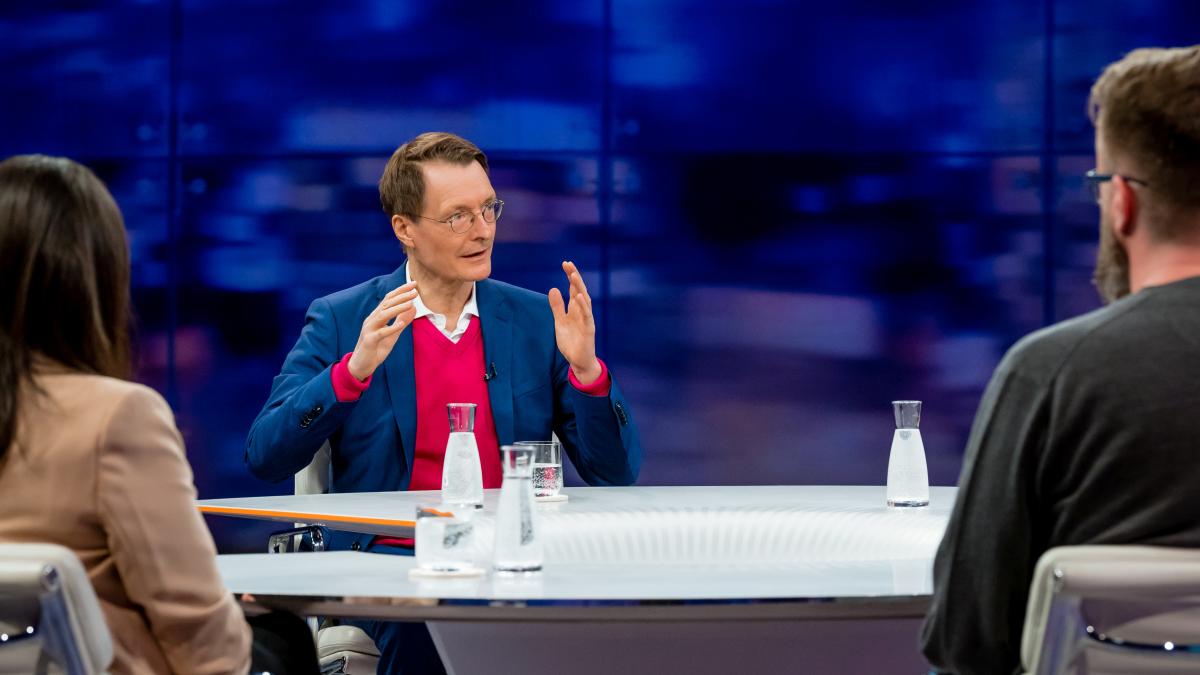 The Corona emergency brake from an incidence value of 100 new patients per 100,000 inhabitants has been in effect since the beginning of this week.

Cities like Tübingen and Rostock are trying to relax with increased tests and are considered model cities.

SPD health expert Corona Dauermahner Karl Lauterbach, on the other hand, calls for a nationwide lockdown.

The theologian Margot Käßmann and the singer and Luca app co-founder Michael “Smudo” Schmidt from the Fantastischen Vier were connected.

Two days after the Prime Minister's Conference with the Chancellor, the planned Easter rest was withdrawn.

Angela Merkel is not solely responsible for Michael Müller (SPD), even if she has taken it upon herself.

“We finally decided that together,” said Müller.

He also thought that rest days over Easter would be a "walkable path in this global health crisis".

But he realized that this was unreasonable for many people and companies.

For journalist Tekkal, the Prime Minister's Conference had something unfamiliar to it.

This is also shown by a study presented by the moderator Illner.

Currently, only 30 percent agree with the actions of the government, 62 percent are against.

The emergency brake that has been adopted should apply in regions with a three-day incidence value above 100.

Then easing measures that have been in place since March 7th are to be withdrawn.

A night curfew is also an option.

"I was sorry that we didn't get better decisions," he said of the conference last Tuesday.

"Curfews have an extremely bad reputation, but they work," he said, referring to Portugal, the UK and several regions in France.

"Now we are at the beginning of a brilliant third wave."

In the next few months, with the British Corona variant, we will have 40 to 70-year-olds who will become seriously ill.

In addition, the third wave will be harder than the first and the second.

"I do not believe that.

But there could be up to 50,000 new infections a day, ”predicted Lauterbach.

The government is acting according to the maxim: Do something that does not hurt the citizen, but will also not be successful.

Rostock's Lord Mayor Madsen agreed with Lauterbach on this point: “People need a timetable.” However, this must be designed with offers instead of bans.

“We were the land of poets and thinkers, and now we act like the turnkey and hangman,” Madsen rhymed.

In Rostock, for example, things are being relaxed and more testing is taking place.

Every football fan is tested before they are allowed into the stadium.

"We have to trust and trust people more," said Madsen.

It is too one-sided to take a lockdown as an answer.

Lockdown and curfews for two weeks

Lauterbach, however, demands this with his strategy: "Leave out the easing for two weeks, also no projects like in Berlin and Rostock," said the epidemiologist.

“We're not at Jugend forscht here.” As soon as the exponential growth of new corona infections has stopped, the project experiments could start.

Only three lockdowns and then it's Christmas. "Lauterbach countered with figures:" 500,000 lives were saved by the lockdowns. "Journalist Tekkal sees the problem elsewhere:" Here we are talking about lockdowns, other countries are vaccinated.

We should concentrate on that, ”she demanded.

The third wave is imminent, especially because of the vaccination debacle.

Two Corona apps for every smartphone

"We will have to find a way with Corona," said Madsen.

For this purpose, the contact tracking must now be improved, as is currently happening with the Luca app.

In addition to the federal government's corona warning app, the Luca software has been available as a download for smartphones for several months.

Several cities are already working with the application.

The app has been downloaded 2.3 million times, ”said co-founder Smudo.

The source code of the app will be published on March 31, so that data protectionists can check the app security, for example.

For Karl Lauterbach, the corona warning app is not obsolete.

“The Corona warning app also sends out warnings on a daily basis.

You can't play the two apps off against each other. ”Instead, the applications should work better together.

“Everyone should have both apps,” he suggests.