"Clearly our roadmap is to focus on battery electric cars." The phrase, resounding, was told to EL MUNDO on Thursday by Hildegard Wortmann, head of 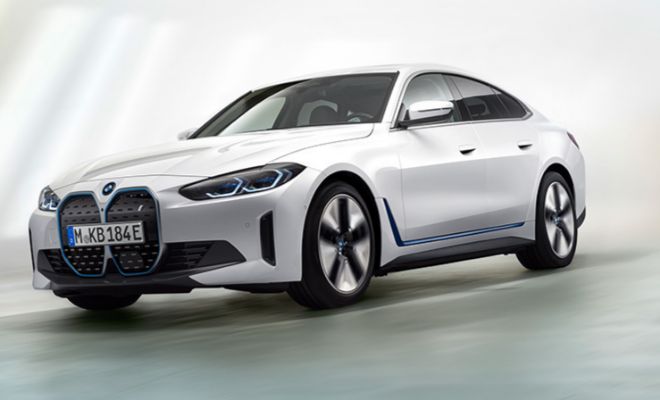 "Clearly our roadmap is to focus on battery electric cars."

The phrase, resounding, was told to EL MUNDO on Thursday by Hildegard Wortmann, head of Sales and Marketing at Audi AG and the first female member of the board of the company's Board of Directors.

In contrast to the bet made by BMW last Wednesday on hydrogen for large SUVs, Hildegard was blunt:

"Hydrogen only makes sense if there is enough green energy to produce it, something that is not possible now

. From the point of view of costs, generating energy through hydrogen is three times more expensive ".

In this sense, Dick Grose-Loheide, Head of Legal Affairs and IT at Audi AG, said that they are committed to the electric vehicle: "Because if not, we will not make possible the biggest challenge that we have ahead, which is the energy transition. We have We have to overcome the era of fossil fuels.

Technologies are available, they can be scaled, but we don't have time to experiment for another decade.

Climate change is too serious. "

That is why the Volkswagen Group and the Audi brand are concentrating on battery electric cars.

Wortmann stressed that "Audi is the only brand that has three 100% electric models on the market today," referring to BMW, because he forgot that Tesla already has four electric models for sale.

"Our focus will be on battery electric vehicles for the next few years, and not on hydrogen."

The BMW i4 will arrive in the summer.

But for his part, Oliver Zipse, CEO of the BMW Group, a company that has also launched an electric offensive of models with the presentation this week of the

, the BMW iX SUV and the statement that Mini will be 100% electric in 2030, left the door open to further developing the hydrogen fuel cell vehicle.

," Zipse explained, arguing that it is necessary to do so as all BMW customers will not have access to some powertrain technologies at the same time.

The Bavarian brand plans to launch

a variant of the hydrogen-powered BMW X5 SUV on

This model will join the

, being the only passenger cars powered by this gas next year.

The past seven days were the week in which the large German groups presented their 2020 results and their strategy for the next five years and / or decade with a clear objective that is decarbonisation.

, but even in the gases emitted by the brand's vehicles that circulate on the roads.

"We are going to invest 1,000 million euros in clean energy to compensate them."

At the same time and like Oliver Zipse, Blume said that Porsche is betting on synthetic fuels that are obtained from clean methane not from fossil fuels.

, so they are a valid technological option. We are investing together with

in Chile 20 million euros to produce green methane and use it as fuel," said Blume. .

year we are going to introduce it in sports competitions

, we will also use it in the driving experiences of our customers and in the first filling of the tanks of the cars when they leave the production line of the factories. "

The use of these fuels does not mean that the vehicles that use them stop emitting CO2.

They continue and will continue to be combustion vehicles, what happens is that their power source will no longer come from oil.

and premium and luxury brands such as

, these fossil fuels are an alternative so that their classics can continue to circulate when vehicles with internal combustion engines are banned from circulation in the European Union in 2050.

The wave of financial results was started last Tuesday by the Volkswagen Group, parent company of Audi and Porsche.

It will invest 76,000 million euros in electrification and digitization until 2030.

But the most important announcement was the unified cell for the batteries of 100% electric cars.

Thomas Schmall, Chief Technology Officer of the Volkswagen Group, together with Herbert Diess, CEO of the group, presented the unified cell during the consortium's Power Day.

This cell will allow "a strong cost saving in the manufacture of batteries".

The production of these

unified cells will start in 2023, and the German group expects that 80% of the electric vehicles of all its brands manufactured in 2030 will carry these batteries.

The design of the cells will be the same for all vehicles, which will reduce the complexity of the most expensive element of the electric car, which is the battery.

In addition, this unified design can house different battery chemical processes inside it, depending on whether it will be for an access or low-cost model, for a generalist or for a premium segment.

said Schmall, which will quickly lower the price of these vehicles.

That is to say, these cells with the same design will be housed both in the future

, as in its half-brother the

, or in the future small electric cars that will be manufactured at Seat Martorell.

At the same time, the Volkswagen Group has also sealed agreements with energy operators this week.

green energy to the four production centers of Seat in Spain and that of VW Navarra, in addition to its more than 600 dealerships

that the German consortium has in Spain and Portugal of all its brands.

The agreement could be extended to other countries according to the president of the electricity company, Ignacio Sánchez Galán, who initialed his signature during the Volkswagen Group ceremony.

The Volkswagen Group lost a 37% profit, "less than expected"

MotorFrom Madrid to Barcelona by electric car: slower, with planned stops and a cost of 46 euros