The double life of fruit: from food to clothing 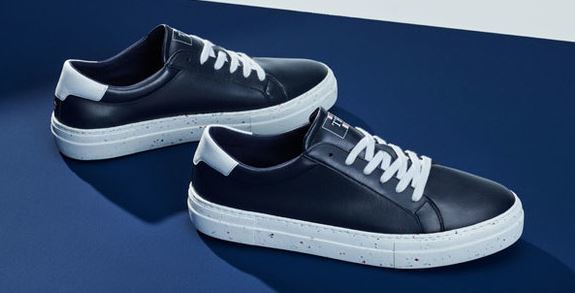 The experimentation with fruit remains in the fashion industry is becoming more frequent and the results have already conquered small and large brands, aware that the health of the planet also depends on their commitment to

textile industry is one of the most polluting on the planet

not only due to the materials and the amount of water it uses in the manufacturing process (a total of 20% of the total waste of water globally is the responsibility of this industry, in addition to the 8% of greenhouse gases), but also because it generates

tons of garments that quickly go out of style

and end up as mountains of waste that take centuries to decompose.

For some years now, designers around the world have been researching new alternative fabrics to cotton and polyester, which are

and the results with fruit waste are giving very good results.

managed to create in 2014 from orange peels and other residues from the citrus industry.

curb the impact that the fashion industry caused on the environment,

by time that solved the economic problem that the elimination of these residues supposed.

The result was Orange Fiber.

Thus, they patented a technique to extract cellulose fiber from orange peel and other residues from the citrus juice industry.

The fibers are extracted using chemical reagents from what is known in Italy as "pastazzo", that is to say, the waste of citrus fruits once they have been squeezed.

The fibers are turned into yarns that can be used to

that has attracted luxury brands such as

who used in this textile product in a capsule collection of patterned shirts, dresses and scarves that paid tribute to the "Mediterranean creativity".

Taking advantage of the fact that the Tyrol region is an apple-producing area, an Italian startup, Frumat, has developed a technology that uses the peels of this fruit to produce a leather-like fabric that, in addition, has the peculiarity that it has an impact lower environmental impact than other vegan leather alternatives, which contain high amounts of fossil-based materials.

used this material in sneakers they launched last spring.

This innovative vegetable leather made from the residues of pineapple leaf fibers that are produced in the harvesting process has conquered brands around the world.

Its creator, the Spanish

has been a pioneer in

the search for more ethical and less polluting fabrics.

On a trip to the Philippines in the 1990s, Hinojosa, who ran a leather accessories brand with her husband, became aware of the environmental impact caused by leather production, as well as the difficult conditions in which it was worked. in tanneries.

He thought that he could not continue working with this material and after closing his brand and graduating in textile design in Dublin he specialized in natural fibers.

Determined to find a vegetable alternative to leather, she traveled again to the Philippines and found inspiration in the traditional embroidered garments of this country that are made with

the fibers of pineapple leaves, the disposable part of the plant.

From this idea he developed Piñatex.

The leaves are collected in Fillipinas after harvest.

Long fibers are extracted from them, which are then washed and dried.

The resulting fibers - which are very soft - can be mixed with a polylactic acid from corn.

They are then processed to obtain a non-woven (a kind of mesh), which is sent to Spain, where it is finished manufacturing.

Ananas-anam is the company behind

The process to extract the fibers requires little water and, in addition, once the fibers are obtained, the remaining biomass can be used as fertilizer.

480 sheets are enough to make one square meter of Piñatex.

Its utilities are many.

It is used to make footwear for its breathable, moldable and durable properties, as well as for bags and even upholstery.

Companies such as Hugo Boss and H&M have relied on this material to make some of their products.