From Li Ziqi to "Brother Ramen" Rural culture revitalization, what can short videos do?

From Li Ziqi to "Brother Ramen", the short video is like a magical magician, bringing the rural scenery that has been lacking attention for a long time into the spotlight, creating a media legend of rural narratives—— What can short videos do to revitalize rural culture?   Author: Peter Wild Screenshot of Li Ziqi's short video. Screenshot of "Shandong Ramen Brother" short video. 【Hot Spot 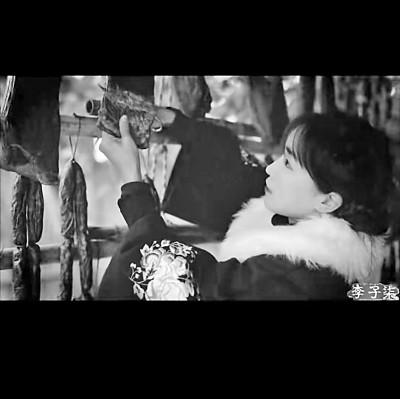 From Li Ziqi to "Brother Ramen", the short video is like a magical magician, bringing the rural scenery that has been lacking attention for a long time into the spotlight, creating a media legend of rural narratives——

What can short videos do to revitalize rural culture?

Recently, "Shandong Ramen Brother" has become popular, and by the way, his village has become an "net celebrity check-in place."

What sent "Shandong Ramen Brother" to the hot search was a short video about his "3 yuan a bowl of ramen with no price increase in 15 years". At present, this 45-second short video has only been played on a platform on Douyin. More than 40.6 billion times.

In addition to the "Shandong Ramen Brother" theme short video, the Guinness World Records recently announced that Li Ziqi has set a new record of "The most subscribed YouTube Chinese channel" set by her in July 2020 with 14.1 million subscriptions. More It is amazed by the cultural attraction, influence and dissemination power of short village videos across national borders.

The "47th Statistical Report on the Development of the Internet in China" shows that as of December 2020, the number of short video users in my country has reached 873 million, accounting for 88.3% of the total number of Internet users. The era of short video survival, short video social networking, and short video consumption is already here. advent.

Faced with the reality that users continue to shift to short videos in social, entertainment, and information acquisition, short video expressions of various themes have become a new breakthrough for many groups of information dissemination.

Among them, the rural short video has become a unique landscape on the short video platform with the cultural background of "authentic, simple, close to nature, and grounded".

In recent years, the improvement of rural network infrastructure and the popularization of smart terminals have continuously increased the degree of informatization in previously isolated villages.

On this basis, the short video has played a significant role in dissolving the urban-rural boundary and solving the gap between urban and rural space and space by virtue of its own "short, flat, and fast" technical characteristics and transmission characteristics.

For example, this year's Spring Festival was affected by the epidemic, and the general public actively responded to the government's call for "Chinese New Year on the spot" and used short videos to pay New Year's greetings.

The "2021 Douyin Chinese New Year Data Report" shows that from the small year of the lunar calendar to the fourth day of the first lunar month in 2021, the number of short New Year greetings has increased by 11 times year-on-year, and short video New Year greetings have become a New Year custom.

In short, short videos have built a new digital bridge for urban-rural interactive dialogues, and also provided a new channel for the spread of rural culture.

The technical threshold for short video shooting and production is very low, so you can shoot and post at any time.

The propaganda slogans of "Record the Beautiful Life", "Record the World, Record You", and "Embrace Every Life" launched by major short video platforms directly hit the potential self-expression desire of the rural people, making short videos not good at textual expression. It is an indispensable entertainment tool and normal expression in the daily life of rural people.

The full release of rural people’s creative enthusiasm has promoted the practice of ruralization of short videos, and all aspects and bits of rural life have been recorded and disseminated conveniently and quickly invisibly.

At the same time, urban people are observing the multi-dimensional landscape of rural culture through the short video platform in a visual, concrete, three-dimensional, and convenient way. In the comments, forwarding, and interaction with short video creators, they are satisfied on the one hand. With their own prying and curiosity of rural culture, on the other hand they reconstruct their collective memory of rural life.

In addition, when short videos of rural themes arouse users’ emotional resonance and attention, the intelligent algorithm recommendation of short videos based on big data technology will continuously push similar content for them based on user interest tags and preference graphs, thus further increasing rural themes. The exposure rate of short videos and the accuracy of matching with users provide a fertile digital soil for the spread of rural culture, which greatly improves the efficiency of spreading rural culture.

2. Construct a value aesthetic and cultural landscape that is completely different from that of the city

Short video platforms continue to increase incentives and support for the creation of rural short videos, as well as mainstream media’s attention and coverage of “rural internet celebrities” such as Li Ziqi, which have made people realize that short videos are the current rural people’s independent expression and pursuit of society. Identity, an effective carrier for spreading rural culture.

According to the "2020 Kuaishou Sannong Ecological Report", as of December 2020, the Kuaishou short video platform has more than 200 million users interested in Sannong.

With the entry of a large number of creators, the number of village-themed short videos on major short video platforms has ushered in explosive growth, from the number to the content style to the form of expression.

Some scholars have conducted sampling studies on the Kuaishou short video platform. Among the 124 short videos extracted, 38 are village short videos, which account for the largest proportion.

Although most rural short videos are far less refined and beautiful than film and television works in terms of composition, lighting, and editing, the "roughness" is more realistic. The text presented in the text is "authentic, simple, close to nature, The cultural background of "down-to-earth spirit" has invisibly narrowed the distance from the viewer.

Through research on the creators of short rural-themed short videos on the Douyin platform and their works, we found that Internet users are most interested in the cultural landscape presented in short rural-themed videos, such as Li Ziqi, who has 42.978 million followers on Douyin. Mainly share original ecological rural food and intangible cultural heritage; "Qiao Fu 9 Sisters" with 4.301 million fans mainly share rural food and farm life scenes; "Niu Bu La" with 2.24 million fans mainly share rural mother-in-law and elder sisters Life scene.

As a large number of rural people continue to create and disseminate short video works reflecting the original rural life through "meta-narrative" methods, the cultural background of rural life will be presented, and a value aesthetic and cultural landscape that is completely different from that of the city has been constructed.

3. The village should avoid falling into the "carnival trap" in the "digital ceremony"

However, as the American cultural research scholar James Carrey said in his book "The Spread as Culture", the extension of technology and the cultural reset phenomenon that it brings only remains the ritual and narrative in the sense of anthropology.

As far as village short videos are concerned, no matter how the creator strives to express, record, and share the rural landscape, or how faithful to the "realistic experience" of rural culture, village short videos are a kind of "social particles", which are fragmented, fragmented, and out of context. The narrative text can not completely outline the whole picture of rural culture.

Moreover, the onlookers of the vast number of netizens on the content of rural short video content may not necessarily change the position of the solidified rural culture in their hearts.

In addition, the entertainment attribute of short video is far greater than the cultural attribute. In the market competition where "traffic is king", it has to run wildly along the development path of marketization and commercialization in order to gain more fans in the cyberspace.

The marriage of technology and commerce and the catering to consumer power will inevitably have an impact on the original cultural ecology.

At present, this trend has appeared in the creation of short rural videos.

With the intensification of competition, on the one hand, most of the short video creators of the head country theme have begun to be included in the MCN agency (Editor's note: short video brokerage companies for profit purposes will have a certain number of fans and influence through cooperation, signing, etc. Powerful creators gather together and provide creators with operations, business, marketing and other services through a platform-based operation model, reduce their operating costs and risks, and achieve stable commercialization), resulting in obvious commercialization of creative content , Institutionalization and the tendency to cater to userization; On the other hand, as users become aesthetically tired of rural short videos, the discourse space of rural cultural aesthetics is suffering from the impact of ugly carnival on short video platforms and the squeeze of alienated expressions.

At present, if the works of waist creators do not have a unique "selling point", it is often difficult to get a high degree of attention.

For example, "Sister Hong’s Native Products", which has 207,000 fans, has long insisted on sharing the beautiful and delicious food of the countryside in Jiangjin, Chongqing. It has published more than 1,200 works on Douyin, except for individual short videos that have received more than 10,000 likes. Most short videos usually only have 100 to 200 likes, and the number of comments is only a handful.

In contrast, an ordinary farmer accidentally released a short video about "eating pork raw", but it received thousands of likes and more than 400 comments.

But we must also see that in the field of short video communication, rural culture, as a relatively weak culture, is still suffering from the construction of urban discourse and the deconstruction of commercial discourse.

In addition, we must be more vigilant that the country must not fall into the "carnival trap" in the "digital ceremony", otherwise it will not only be detrimental to the revitalization of rural culture, but will lose its true qualities.