"The secret ministry": behind the scenes of the comic strip which disconcerted François Hollande

The cartoonist Mathieu Sapin publishes `` The heroes of the Republic '', the first of five volumes in the series `` The Secret Ministry '', which features the former French presidents fighting ... against reptilian invaders. The cartoonist explains Tuesday in "Culture Médias" François Hollande's surprise upon reading this comic strip, but full of (real) details. 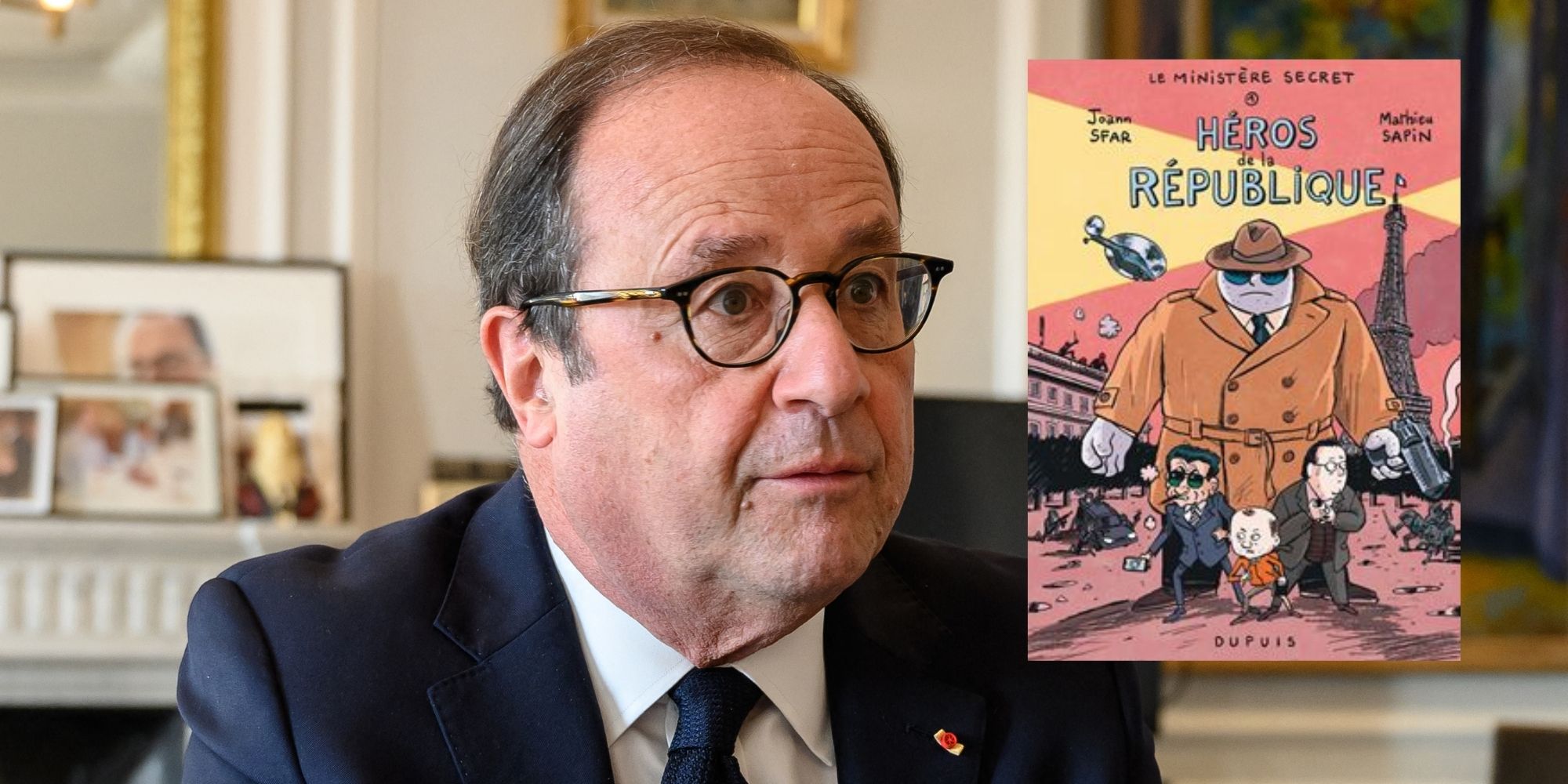 The cartoonist Mathieu Sapin publishes "The heroes of the Republic", the first of five volumes in the series "The Secret Ministry", which features former French presidents fighting ... against reptilian invaders.

The designer explains Tuesday in "Culture Médias" the surprise of François Hollande at the reading of this comic cartoon, but full of (real) details.

"The real work begins after the Elysée".

It could be a president's nightmare, it's actually the catchphrase from the

Heroes of the Republic

In this first of the five volumes of the series

, Joann Sfar with the screenplay and Mathieu Sapin with the drawing portray the former French presidents within a secret ministry which fights against all kinds of monsters, and in particular reptilian invaders.

what surprised François Hollande the most when reading this first volume.

"François Hollande made a funny face"

In this fantastic and comic cartoon, Mathieu Sapin attached great importance to the realism of the scenes.

However, the designer knows François Hollande very well, whom he followed in the presidential campaign and at the Elysee

The latter did not hide his surprise when reading the

Heroes of the Republic

, where he is one of the main characters.

When the former president discovered the comic strip, "he made a funny face", laughs Mathieu Sapin, before giving the reasons for François Hollande's surprise.

"The comic goes very far, that is to say, I really described with the drawing his house, his bedroom, etc."

"Playing on the true-false"

The heroes of the Republic

shows the real bedroom, with the details of each piece of furniture in its real place, in particular in a scene where he is in bed with Julie Gayet.

"François Hollande was very perplexed and disconcerted," adds the designer with a smile.

For the latter, these back and forth between a crazy scenario and realistic details were very important.

"It was fun to play on the true-false, since we are in a time when the fake news abound," he recalls.

"We played with it by creating something true-false. It's happening a lot right now in fiction, there is a real taste."

But not all cartoonists wanting to go down this road have the chance to be able to rely on their visit to the chamber of a former president.