Yemen: coalition launches air raids against the Houthis, the first in months

In Yemen, the Saudi-led military coalition bombed Houthi rebel military positions on Sunday, especially in the capital Sana'a. This operation is part of a ... 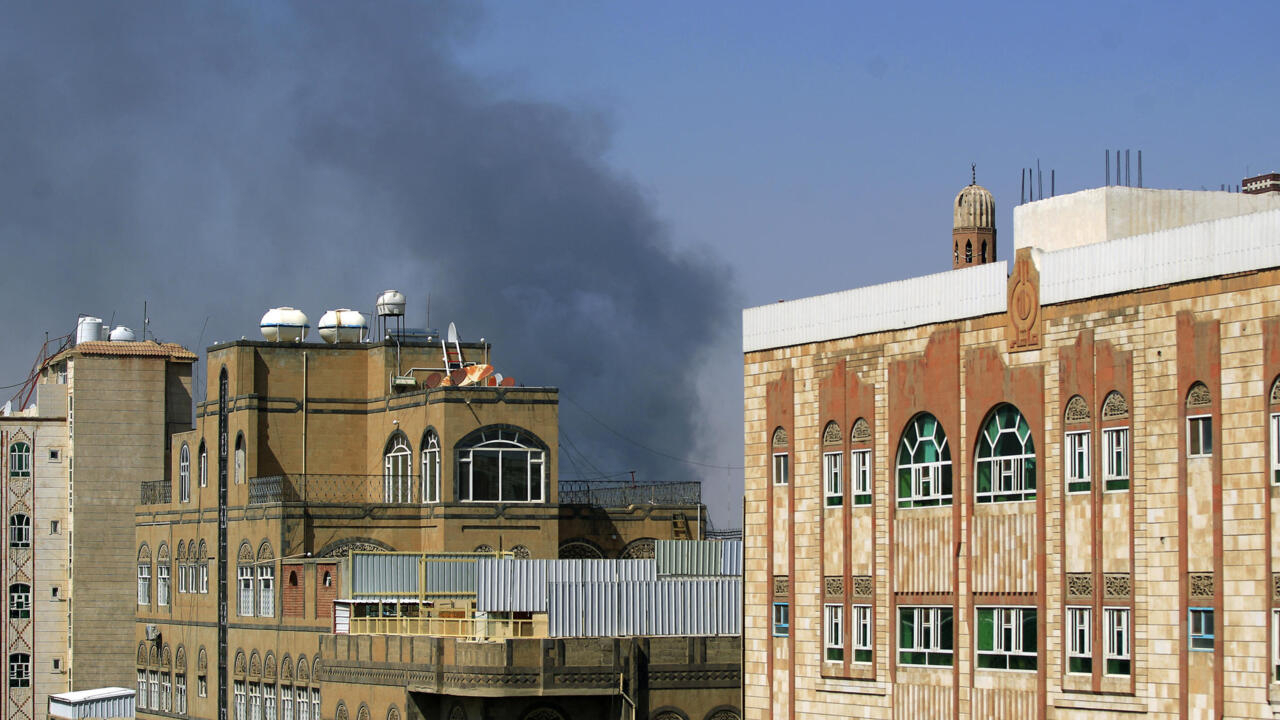 These are the first raids in months.

The Saudi-led military coalition launched an operation against the Houthi rebels in Yemen on Sunday (March 7th), with strikes in particular on the capital Sana'a.

These bombings come after attacks on the Saudi kingdom attributed to these insurgents.

The official Saudi news agency SPA reported the "start of a military operation with strikes against Houthi military positions in Sana'a and other provinces" of Yemen, where the coalition has been helping government forces militarily since 2015 in their war against the rebels.

>> To read also: War in Yemen: a humanitarian drama behind closed doors

The air raids caused huge columns of smoke in Sana'a, according to an AFP correspondent and photographer there.

The Houthis have reported seven airstrikes on the capital.

At the same time, the rebels resumed their offensive against the oil town of Marib, the last stronghold in northern Yemen still in loyalist hands.

The raids come after the coalition announced the interception in Saudi Arabia of 12 drones, according to a latest report, launched on Sunday against the kingdom, in what constitutes an escalation of attacks against Saudi territory.

The shots were not claimed, but the official Saudi agency SPA blamed the Houthis, who have stepped up shots against the Saudi kingdom in recent weeks and threatened the country with further attacks.

According to the coalition, the drones were directed against "civilian" targets.

Targeting civilians in Saudi Arabia is "a red line," the coalition said after the airstrikes on Sana'a.

This upsurge in violence comes as the US administration of Joe Biden urged the Houthis to de-escalate after removing them from the list of "terrorist organizations" so as not to hinder the delivery of humanitarian aid to Yemen.

But "the removal of the Houthis from the list of terrorist groups has been interpreted in a hostile manner by the militia" of the Houthis, asserts the coalition, quoted by SPA.

The "victories" of pro-government forces over the Houthis in Marib prompted the rebels to step up their attacks on the kingdom, she added.

The conflict in Yemen, a humanitarian catastrophe

From their stronghold in northern Yemen in 2014, the rebels took control of large areas, including the capital Sana'a and the port city of Hodeidah in the west of the country.

Coming from the large Zaidite minority, they considered themselves marginalized by the central government.

Years of bombing have failed to shake the Houthis' grip on Sana'a.

The capture of Marib by the rebels would be a stinging setback for the Yemeni power and its Saudi ally.

The war in Yemen has claimed tens of thousands of lives, according to various international NGOs, and led to the world's worst humanitarian crisis, according to the UN.

Shortly after arriving at the White House, Joe Biden announced the end of US support for the Saudi military campaign in Yemen, saying it had "created a humanitarian and strategic catastrophe".

But he also reaffirmed Washington's support for Saudi Arabia in the defense of its territory.