Ramadan's drama turns its back on "Corona" ... and Al-Qasabi and Al-Sharif are out of flock

Contrary to what is expected, and contrary to the prevailing keenness of art makers to keep pace with the influential events witnessed by society, and put them in the works they present, despite the great impact that the "Covid-19" pandemic has had on the whole world, and causes it to change the features of life in its various fields. ; the meeting 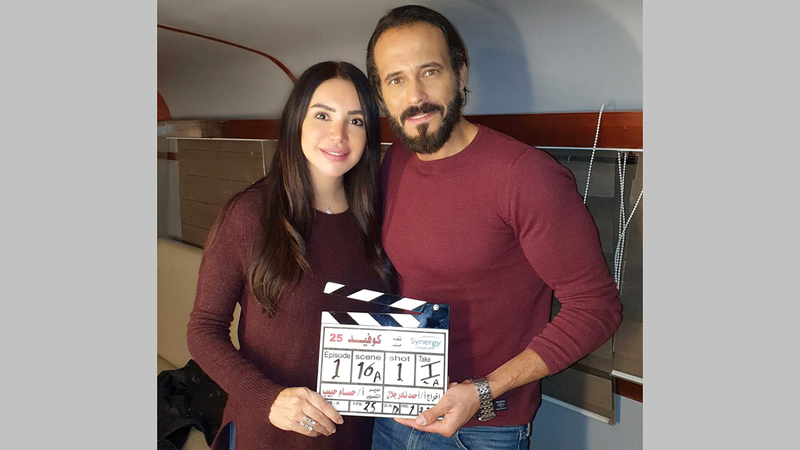 Most of the series address social and national issues

Ramadan's drama turns its back on "Corona" ... and Al-Qasabi and Al-Sharif are out of flock

Contrary to what is expected, and contrary to the prevailing keenness of art makers to keep pace with the influential events witnessed by society, and put them in the works they present, despite the great impact that the "Covid-19" pandemic has had on the whole world, and causes it to change the features of life in its various fields. ;

Social, economic and intellectual, and changing the behaviors of individuals and their relationships with each other, and even causing them to change the features of artistic life, the film industry, drama and programs around the world, and with the expectations of specialists continuing "Corona" for future periods, but the pandemic and its repercussions remained far from the content of most of the dramas that were announced About entering the drama race of Ramadan 2021.

There are many business topics within the usual stereotypes, such as the social and national mold, the suspense and the popular, with the exception of a limited number less than the fingers of one hand from the series, in which the makers stated that they tried to approach the Corona pandemic.

One of the few works that was inspired by the atmosphere of the spread of the Corona virus and its impact on the world is the series "Covid 25", starring Youssef Al-Sharif, written by his wife, writer Engy Alaa, and directed by Ahmed Nader Jalal.

Although the series' work team kept secret about the topic it deals with, the title of the series prompted the audience to link it with the pandemic, and some expected the work to represent the second part of the series "The End" presented by Al-Sharif last Ramadan, which falls under the category of science fiction, and achieved great success. However, writer Engy Alaa said in televised statements, recently, that "Covid 25" is not a science fiction, explaining that it depends on the drama and has social stories.

She added that the story of the series is fictional, but it has a scientific part, and it is not a prediction for the development of the Corona virus, and it also includes a lot of social advice.

Meanwhile, other reports stated that Youssef Al-Sharif plays the role of a doctor called "Yassin", and works within a specialized committee to manufacture deadly anti-virus vaccines, and is trying to uncover the truth about the viruses that have spread in the world, and the return of the "Covid 19" virus again and try to resist it.

A number of artists, along with Youssef Al-Sharif, will participate in the series, and they are: Ayten Amer, Ahmed Salah Hosni, Islam Gamal, Amir Salah El-Din, Abdel Rahim Hassan, Diana Hisham.

The second work, which was announced in Ramadan 2021, and deals with the pandemic, is a series starring the artist Nasser Al-Qasabi, and a temporary name was chosen "Corona", before the MBC channels that will be shown the work announced in a statement that the final name is « No roaming », and its events take place in separate episodes about the impact of the Corona virus on social life, and daily issues in the Saudi and Gulf societies.

On the other hand, the acts participating in this year's Ramadan drama season vary between different groups, led by national works, after the great success achieved by the series "The Choice" last year, in addition to the Upper Egypt dramas, such as "The Strangers" and "Moses", and the popular drama. Like "a man went astray."

While the Syrian drama has a social character, and the Levantine environment series.

In addition to the star Nasser Al-Qasabi, a large number of Saudi and Gulf artists participate in the series "No Tour", including Fayez Al-Maliki, Abdul-Ilah Al-Senani, Ilham Ali, Habib Al-Habib, Remas Mansour, Rashid Al-Shamrani, and others.

The Syrian drama is dominated by the social character and the Levantine environment series.

The Upper Egypt drama is represented this year in the series "Descent of the Strangers" and "Musa".