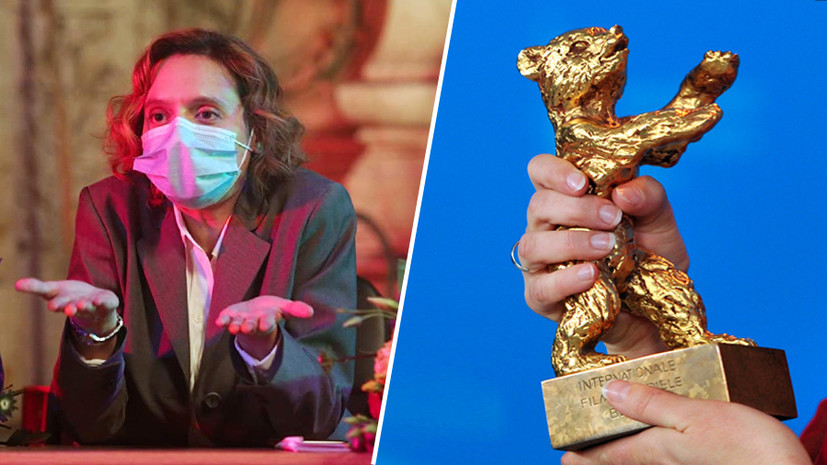 On March 5, the jury of the Berlin Film Festival announced the list of the winners of the main competition.

The co-production of Romania, the Czech Republic, Croatia and Luxembourg was shot by Radu Jude, a two-time Berlinale laureate in the past.

The Grand Prix of the jury went to the film "Wheels of Fortune and Fantasy" (Guzen to sozo), which was directed by the Japanese director Ryusuke Hamaguchi.

Also, the award from the panel of judges was given to the documentary film by Maria Shpet "Herr Bachmann und seine Klasse".

Denesh Nagy was awarded the Silver Bear for directing.

His painting Natural Light (Természetes fény) tells the story of a Hungarian soldier who tracked down Soviet partisans during World War II.

The award for the leading role went to Maren Eggert, who starred in Maria Schrader's fantastic melodrama I Am Your Man.

Also, the prize was awarded to the work of Leela Kislinger, who played a supporting role in the Hungarian film Forest - I see you everywhere (Rengeteg - Mindenhol látlak).

The statuette for the best screenplay was awarded to the native of South Korea Hong Sang Soo - the author of the tape "Introduction" (Inteurodeoksyeon).

Last year, he won the Silver Bear for directing The Woman Who Runaway.

The director of the film, Alonso Ruiz Palacios, has previously taken away awards from the Berlinale twice.

Also became known the names of the winners of the show, who participated in the program "Collisions".

Alice Diop Nous ("We") was recognized as the best film in the program.

The director's award was shared by brothers Ramon and Silvan Zürcher, who directed Das Mädchen und die Spinne (Girl and the Spider), and Denis Cote, who presented the film Social Hygiene at the festival this year.

The special prize of the section jury went to the drama "Taste" (Vị) by the Vietnamese director Le Bao.

Earlier, on March 4, the winners of the short film section and the Generation program were announced.

The first prize for the best short film went to the director from Moldova Olga Lukovnikova.

Her painting "My Uncle Tudor" was co-produced by Hungary, Portugal and Belgium.

The Silver Bear was awarded to the Chinese director and actor Zhang Dalei for the film The Day Is Over (Xia Wu Guo Qu Le Yi Ban).

Also on Thursday, the jury determined the winners of the Generation section.

The Grand Prix of the Kplus competition was awarded to the director of the film "Summer Spot" Han Shuai.

The Grand Prix in the 14plus competition was taken by Fred Bailiff's film "The Family" (La Mif).

A Special Mention in the category Feature Film Generation 14plus goes to "Cryptozoo" by Dash Shaw.

From March 1 to March 5, the Berlinale was held in a special format: only members of the jury and (remotely) media representatives watched the tapes.

The awarding ceremony for the winners is scheduled for June.

In the summer of 2020, the organizers of the Berlin Film Festival announced changes to their regulations.

Thus, the leadership of the show decided to make the awards given to the performers of the main roles “gender-neutral”.

Prizes for the best female and male roles were replaced by "Silver Bear" for the main role.

The supporting role prize is also no longer split by gender.

In addition, the Silver Bear Jury Prize is now being awarded instead of the Alfred Bauer Prize for “Opening New Paths in Cinematography”.

The figure of Bauer, the first director of the Berlinale, does not appear in the regulations due to a study by the German newspaper Die Zeit.

It says that Bauer was a supporter of the leadership of the Third Reich, but after the war he began to hide the traces of his Nazi past.

The Berlin Film Festival was first held in 1951.

At that time, the Berlinale nominations were divided by genre, and dramas, comedies, musical, scientific and other films competed in their categories.

It is noteworthy that the festival acquired international status only in 1956.

Representatives of the USSR and Russia have been nominated for the show many times.

But at one time only two domestic films received the main prize - "Ascent" by Larisa Shepitko and "Theme" by Gleb Panfilov.

The latter was released in 1979, but due to censorship it was only in 1987 at the Berlinale.