Chinanews client, Beijing, March 5 (Reporter Song Yusheng) Eat, this is the most common thing, Yuan Hongqi has studied for 45 years. It's just that she studied "eating" in the Forbidden City.   In January this year, the "Forbidden City Banquet", which gathered the results of Yuan Hongqi's years of research, was released. Recently, she was interviewed by a reporter from Chinanews.com and told ab 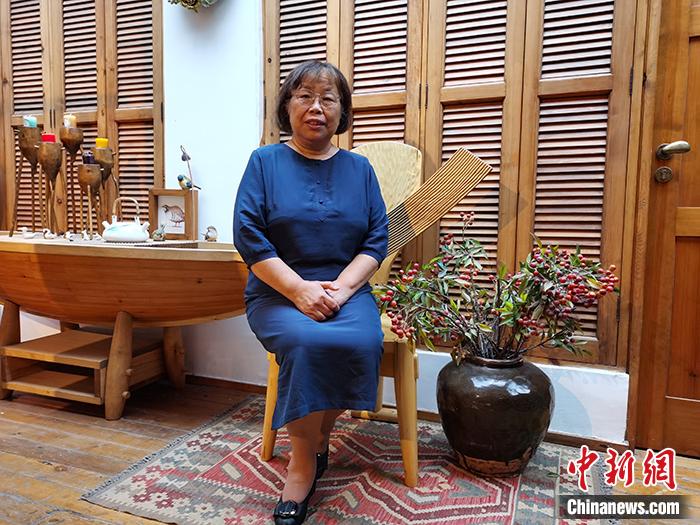 Chinanews client, Beijing, March 5 (Reporter Song Yusheng) Eat, this is the most common thing, Yuan Hongqi has studied for 45 years.

It's just that she studied "eating" in the Forbidden City.

In January this year, the "Forbidden City Banquet", which gathered the results of Yuan Hongqi's years of research, was released.

In 1976, Yuan Hongqi came to work in the Palace Museum.

At that time she was assigned to work in the court team.

Among them, hot pot, warm pot and other utensils need to be registered.

"Some utensils will write a note or a piece of paper or a card tied to it, so you will see a lot of various utensils."

"Sometimes I can't finish writing labels in the morning, and when I look at the cabinets on the first floor, there are many layers of things. I am very curious. What did the emperor eat at that time? Why so many tableware?

Since then, she has been studying while watching.

"I know from the archives what these utensils are used for, including what the medicinal utensils are, and they are written very clearly. After I found the answer, I became more and more interested. So I continued to study while studying. After looking for answers, I also checked the literature. I slowly became more and more interested in how the emperor eats. I like to study and learn these things."

Among the archives that Yuan Hongqi has contacted, the most included are from the Qianlong period.

What's interesting is that Yuan Hongqi also discovered some historical details that deviate from the public's cognition in the process of research.

For example, "Although the banquet in the palace is very particular, there is no'Manchu Feast'."

"I see in the literature that there are full seats and Han seats, but there is no full Han seats."

In fact, in many historical records, Man Xi and Han Xi are listed separately.

In the 23rd year of Kangxi (1684 AD), the emperor made an important decision: "After New Year's Day, the banquet should be changed to Han seats."

Yuan Hongqi believes that this passage shows the changes in eating habits of the Manchus after entering the customs.

"The Qing imperial family has been in the Pass for a long time. Because the northeast area was cold, they would eat some high-calorie foods. However, the environment inside the pass has changed. If you eat those high-calorie foods, you will easily get some diseases, like getting angry and getting sores , Long boils, these are all related to dietary life. Therefore, with the changes of regions, the diet in the Qing court also changed."

People today probably also have this kind of curiosity: What was the taste of royal food in the past?

Unfortunately, we can only glimpse the deliciousness of the year from historical materials.

"We can only try to figure out some of the food practices of the Qing Dynasty courts literally." Yuan Hongqi said, the record in the meal list is actually very simple.

"Like a dish, often the first word is the cooking method, and then there is how to match the main ingredients of the dish. There is also the presentation of the finished dish, which is silk, strips, and chunks; it is stewed, fried, and roasted. These are all written It’s very clear, so today we can slowly explore it in accordance with the food list. Of course, the taste may be different from our diet today."

Book cover of "Banquet in the Palace Museum".

After 45 years of research, Yuan Hongqi is particularly pleased that she feels that people now like to look at history more and more, and they are becoming more and more rational, hoping to see the most original things in the original records.

"I think this is a good phenomenon. Returning to history itself, this kind of learning attitude has a certain value for studying history and guiding our lives today. This is very meaningful." She said.