Some of the world's leading museums sell very famous works of art from their collections, such as paintings by Claude Monet, Joan Miró and David Hockney. The reason is the pandemic crisis' lost ticket revenues and a growing desperation to cope with the economy.&nbsp; 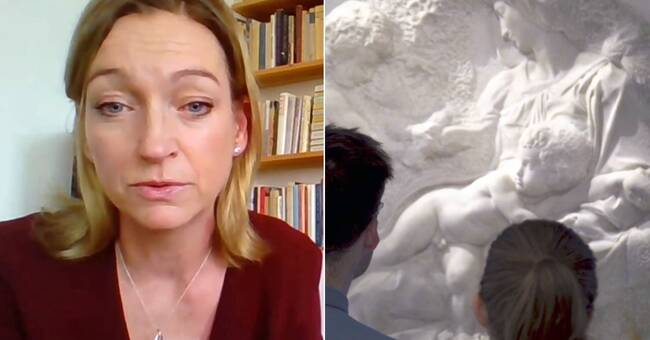 In London, the Royal Opera has sold a work, a portrait of David Hockney.

It was auctioned off at Christies for SEK 130 million.

The Royal Opera belongs to the institutions known as the "Crown Jewels of Great Britain" and is considered the country's foremost cultural heritage.

- Now the Royal Academy of Art also has plans to sell art and what is mainly intended is a marble sculpture by Michelangelo, says Pia Lundberg, cultural councilor in London.

The artwork by Michelangelo is a relief in marble from the 16th century called Taddei Tondo.

It is the only work by Michelangelo in the UK and is valued at 100 million British pounds, ie over one billion Swedish kronor.

US private museums under heavy pressure

There is also a deep economic crisis in the US museum world, where a central decision has been made that art museums should be allowed to sell works for a limited period.

First out was the Brooklyn Museum, which auctioned off 12 works.

Among others by the world-famous artists Claude Monet, Henri Matisse and Joan Miró.

In addition, several of the world's leading art museums plan to sell from their collections.

- Now we see that the Metropolitan Museum of Art is also planning to sell works.

And the Baltimore Museum has also been interested in selling parts of its collections, but it has met with so much criticism that it has withdrawn that auction, says Helene Larsson Pousette, cultural councilor in Washington.