Patrick Besson pays tribute to Nice in his latest book

Journalist and writer Patrick Besson portrays the capital of the Riviera in “Nice-Ville”, a book published by Flammarion editions 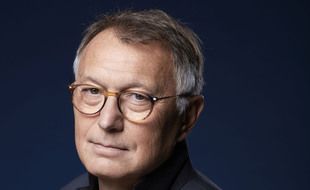 This is the number of times that the word “Nice” appears in Patrick Besson's latest book, published by Flammarion editions.

the writer and journalist paints a portrait of the Côte d'Azur capital as he sees it, bright, full of surprises and unique.

This is how he wrote the book, testing new forms.

Meeting with a Parisian who fell in love with

Between a diary and a guide, how did you write this tribute to Nice?

I have special ties to the city.

It is therefore neither a novel, nor a history book, but simply my story with Nice.

I know that for everyone it is different.

We all have our city.

It is a love book that tells a story that has lasted for thirty years.

Initially, it was my editor who had the idea, I didn't really want to.

So, to create surprises and fun for myself on every page, I tested new forms of writing, with small paragraphs.

Eventually the book was built outside of me and I followed the object more than I built it.

I would even say that it is my favorite book, as they say of the last child, it is my little darling.

Why do you feel so much love for a city where you ultimately never lived?

I have already considered living there, I visited several apartments.

But Nice is for me like a person that you love all your life.

She and I, it's like we're a couple who decide to live apart.

I was afraid to settle down and that it would be worse than what I was going through every time I came back and that Nice would lose all its charm.

In the end, I'm not from Nice and maybe that's what makes me love the city so much.

The first thing that comes to mind when I think of Nice is its exceptional and unique light.

It is not for nothing that a lot of artists have been there.

It is very much what you feel when you arrive here.

Today it's like a ghost train under the sun.

Nice is a paradise for everyone.

And for me, it also goes through its hotels, the moments I lived there with the women I loved.

But also as much by its gourmet restaurants as the McDonald's seen on the Mediterranean or a kebab.

Now that the book is finished, how will your relationship with Nice evolve?

I was apprehensive while writing.

I told myself that by finishing the book, that would have been the end of something or that I would be fed up.

But given the desire that I have to come back, I can be reassured.

I always say that I would like to die at the Aston in my sleep after reading a beautiful novel with the song of the starlings.

Eric Garence tells "his" Côte d'Azur from poster to poster

To avoid "liquidation", a Cannes bookseller disobeys and is threatened with criminal prosecution