The virtual world .. a lifeline for international fashion shows

Women's fashion shows in the world are still confined to the default formula, a year after the emergence of the Corona virus, and the virtual world represents the only lifeline in such circumstances. Milan Fashion Week opens in the absence of activities, but there are hopes that it will perform 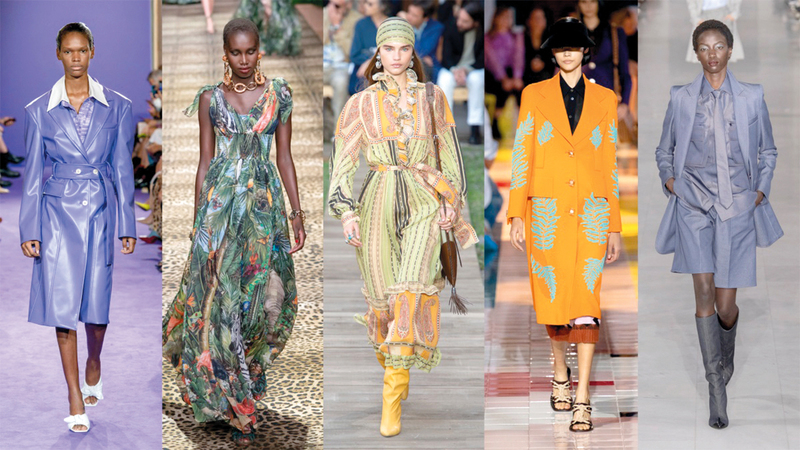 The virtual world .. a lifeline for international fashion shows

The major pre-registered fashion houses are constantly being shown.

Women's fashion shows in the world are still confined to the default formula, a year after the emergence of the Corona virus, and the virtual world represents the only lifeline in such circumstances.

Milan Fashion Week opens in the absence of activities, but there are hopes that the vaccination operations will revive the sector after suffering from the pandemic.

Just a year ago, when Milan Fashion Week was under way in full swing, the phrase "Corona" virus began to apply to fashion lovers, journalists and the public, while they were still clinging together on the seats of the fashion halls.

The first infection with the Coronavirus was just recorded in Codogno, a few kilometers from the capital of the Lombardy region, which prompted Armani to hold the first closed fashion show in the history of fashion.

A year later, the sector is still suffering the economic and regulatory implications of a pandemic that has become global.

However, this year's edition of Milan Fashion Week, which takes place from February 24 to March 1, seeks to demonstrate the resilience of the fashion industry.

Consequently, no activities will be held this year with an audience at Milan Fashion Week. Rather, it will be limited to a special digital platform called "The National Chamber of Fashion" (Camera Nationale della Moda), which broadcasts 68 shows, 65 presentations and seven other activities that constitute the program for this new fashion event Fall-winter 2021-2022 womenswear.

The week will kick off with an event entitled "We R Made in Italy" (We are Made in Italy), which is a digital project of the group "Black Lives Matter in Italian Fashion", which works to integrate and diversify the Italian fashion sector.

Then, over a period of six days, major fashion shows will follow, and some will be pre-recorded, while others will broadcast live without an audience, the first ready-to-wear collection designed by Kim Jones for "Fendi", then the "Prada" and "Moschino" collections. And «Armani», «Dolce e Gabbana» and «Valentino» which reaffirm, through the presentation of its collection in Milan, its choice of establishing its activities in its country.

Proceeding from this, the success of Fashion Week is measured by the number of views on the Internet, knowing that the last edition of Lombard Fashion Week in September attracted more than 43 million views on the broadcast channel alone.

If the Italian fashion sector was severely affected by the pandemic, and its sales fell by 45% at the peak of the general closing in the second quarter of 2020, the decline over the entire year was estimated at 26%.

This constituted a fatal blow to the sector, but despite this decline, the trade balance of fashion remained positive at about 17.4 billion euros during the first 10 months of 2020, according to the main association of business owners Confindustria Moda.

The Italian fashion sector sales volume may grow by 15%.

As for the negative scenario, it is based on the premise of extending the measures to contain the pandemic to the year 2022, which causes negative economic repercussions and prevents the sector's growth from exceeding 6%.

Thus a large number of decisions and actions that the new government formed by Mario Draghi should take.

• The success of Fashion Week is currently measured by the number of views on the Internet.

• 43 million views on the Streaming Channel.