The French electrode Daft Punk shuts down, writes Pitchfork. The news was announced in an eight-minute video entitled Epilogue. The decision is also confirmed by the band's PR person Kathryn Frazier. 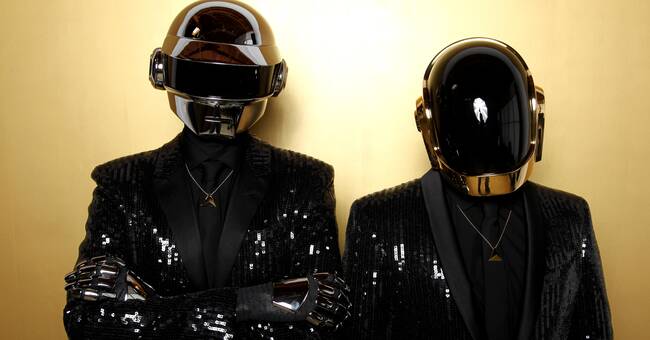 Thomas Bangalter and Guy-Manuel de Homem-Christo started Daft Punk in Paris in 1993. The group has been extremely influential both at home and internationally.

The debut album Homework from 1997 is considered a milestone for electronic dance music.

Daft Punk has not only been noted for its music but also for its secretive image.

When the sequel Discovery was released in 2001, Bangalter and de Homem-Christo had started using the robotic equipment that has since been associated with them.

In an interview with Rolling Stone in 2013, they explained that masks were a way to explore "the boundary between fiction and reality" and to create "fictional people who exist in reality".

The French duo is best known for songs such as Around the world, One more time and Harder, better, faster, stronger.

The hit song Get lucky from the 2013 Random access memory was sold in millions of copies worldwide and gave the duo and the two guest artists Nile Rodgers and Pharrell Williams two awards at the Grammy Awards.

During the 28 years that the band existed, Bangalter and de Homem-Christo released only four studio albums, but at the same time made themselves known for their great work capacity.

Daft Punk toured extensively, released several remix and live albums and also worked on other genres, including the soundtrack to the film Tron: Legacy by Joseph Kosinski.

The video that revealed that Daft Punk is split is taken from the duo's film Electroma from 2006. Neither there nor in the PR person Kathryn Frazier's statement is any reason given that Bangalter and de Homem-Christo have decided to go their separate ways.