Berlin: Large-scale operation of the police against organized crime - connection to the Remmo clan

The police searched more than 20 apartments in Berlin and a warehouse in Brandenburg on Thursday. The blow was directed against a criminal network. A member of the notorious Remmo clan is said to have been arrested. 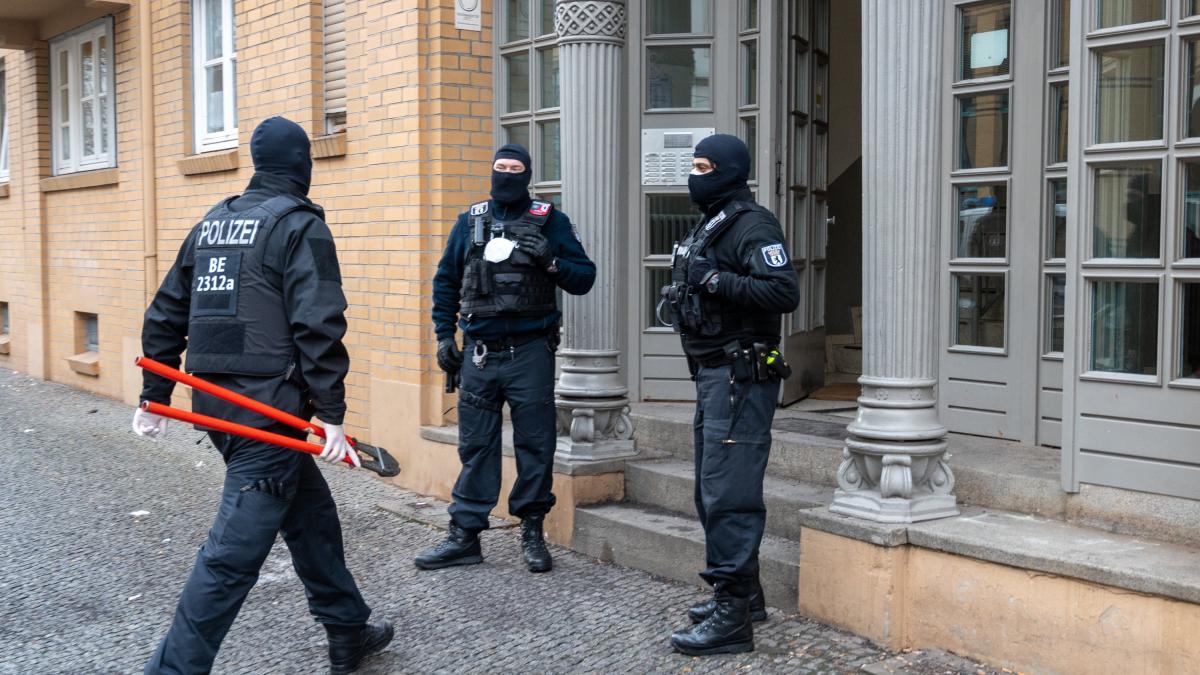 The police took action against clan crime in Berlin and the surrounding area on Thursday with a major raid.

The operations were directed, among other things, against suspects from a well-known Arab clan and "Russian citizens of Chechen origin," as the public prosecutor wrote on Twitter.

The two groups had attacked each other very violently several times in autumn 2020.

Hundreds of police officers, including special operations commandos (SEK), were involved in the searches.

There were more than 20 searches of organized drug and arms trafficking.

Initially, the "Bild" newspaper reported that more than 25 objects in Berlin and Brandenburg were searched.

Among them is the Neukölln kiosk, which is attributed to members of the clan and which was attacked by Chechens in autumn.

There is also a warehouse in Neuhardenberg, east of Berlin.

According to the "Spiegel", a member of the Remmo clan who was born in Beirut is the main suspect in the proceedings.

The man was arrested.

He is said to have come to Berlin with his family from Lebanon in 1982 and already attracted attention as a teenager.

In 1995 he was sentenced to a youth prison term of more than four years for trafficking in no small amount of heroin.

The authorities had confirmed that he was “poorly integrated into the local culture” and asked him to leave Germany “for reasons of public safety”.

However, the deportation has failed for 25 years due to a lack of travel documents from his home country.

According to "Spiegel" and "Bild", the findings about the criminal network are mainly based on cracked crypto cell phones with which the suspects are said to have communicated.

The Federal Criminal Police Office has been evaluating chat messages from Encrochat customers for around a year.

The Dutch company has offered criminals encrypted phones with a special messenger service for years.

The data traffic went through a server in France.

According to "Spiegel", Encrochat had around 60,000 customers in over 120 countries, and investigators are said to have called the service, which has since been discontinued, "WhatsApp for gangsters".

The gang against whom the raid was directed is said to have regularly packed drugs in barrels in a warehouse in Brandenburg and transported them to Berlin.

Several hundred emergency services and special forces were involved in the measures on Thursday morning, as the police announced on Twitter.

A leading investigator at the Berlin State Criminal Police Office (LKA) had recently said about the conflicts between rival groups that new gangs had been appearing for several years and trying to penetrate the criminal market.

"Chechens in particular are increasingly developing from the role of criminal service provider to becoming a criminal actor."

Clan and other organized crime has long been an issue in Berlin and other federal states.

Two years ago the Berlin Senate and the criminal police presented a five-point plan against clan crime.

In the fall, several members of the extended family, who were also at the center of the raid, were arrested on suspicion of being involved in the theft of jewels in the Dresden treasury of the Grünes Gewölbe.